I’m flying a lot and I have to say that KLM is probably my preferred airline over the Atlantic, mainly because they are nice, have alright food, and a great media selection also in economy class. But thus time, I discovered that not only do they serve food on the European flights, but that the sandwich and the milk in the tea were organically produced! Great when companies like airlines are food responsible! (Just wish they all could do away with all the trash on the food trays!) 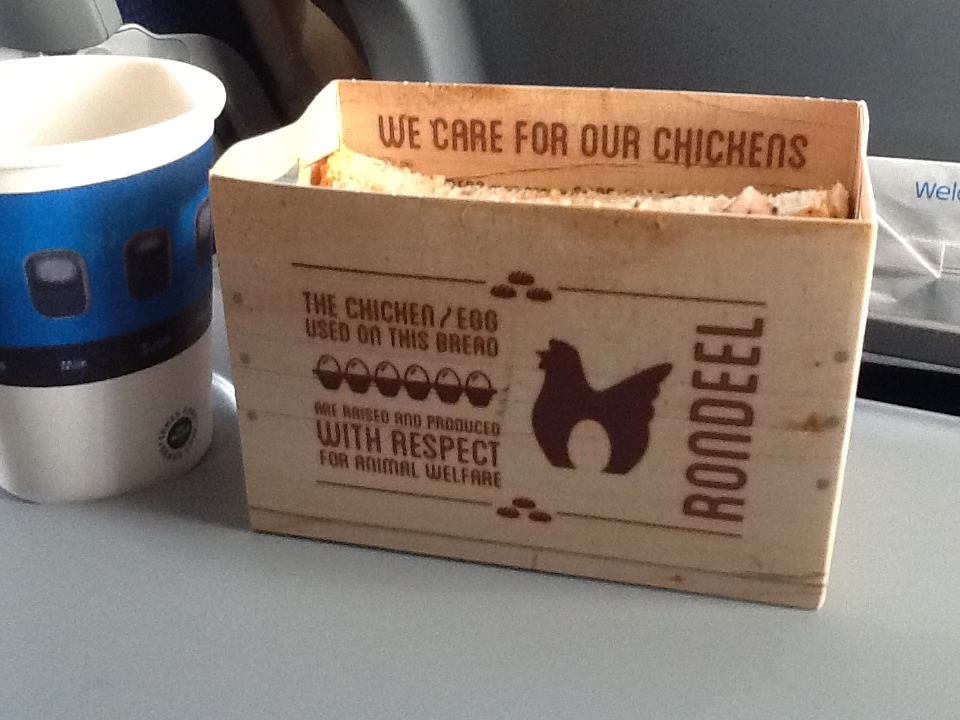 I can add that Swedish airline Malmö Aviation introduced Meat Free Mondays on their flights a few years ago to contribute to lower meat consumption. I wish American companies would be more like that, but then again, American airlines don’t serve food on their domestic flights anymore….