2017 started under a cloud for many here in the U.S. and not the least for us in Washington DC. We were all waiting for the inauguration of the new president and at least some of us hoped that the ugly rhetoric and dividing speeches would end after the election. They didn’t. Nor did this constant punching of Washington and civil servants. It’s frankly quite discouraging! First of all Washington is more than just politicians. I think especially of those who live but one or a few miles from Capitol Hill, yet face structural marginalization or work (often in multiple) in minimum-wage jobs just to be able to afford their families basic needs – so immensely far from the elitist bubble that our city is so often equaled with in the political rhetoric, and certainly not guilty of the horrific crimes that so many minority groups were accused of during the election campaign! But the constant slandering of Government workers was also quite depressing, Although many Americans appreciate individual Government services, there is always so much negativity said during American elections about government agencies or those who work in them. It felt quite discouraging to be honest, since so many us are so dedicated and have worked so hard to get to do what we do. Which is to service others!

But all of a sudden something started happening: Already before that rainy day that the president was sworn in. I could sense a new force started to emerge all around me. A genuine drive to resist the negativity, indecency, and demagoguery, and to be generous and do more for others. To fight evil with good at all levels, from behavior to deeds. To join movements from The Women’s March ob Washington, to Black Lives Matters, to volunteer for diverse causes and mentor kids in need of extra support. Some of my friends even said they consciously tried to cut down on news consumption to not be too poisoned by all the negativity. Walking in the Women’s March of Washington made me realize that I and my small circle of friends were not alone in this. There wee obviously negative signs here and there, but when I walked in the crowds up e Washington Mall, most of the signs around me was about love trumping hate, going high when others go low, and making America kind again. It gave me hope that this will not be the new normal if we don’t let it! 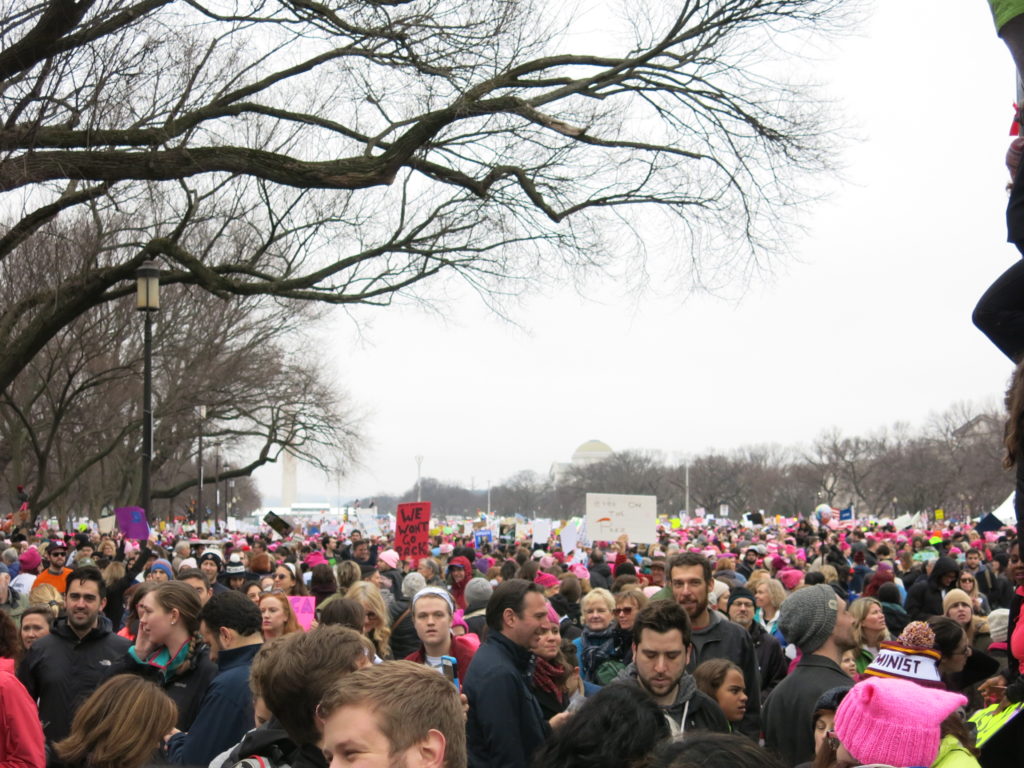 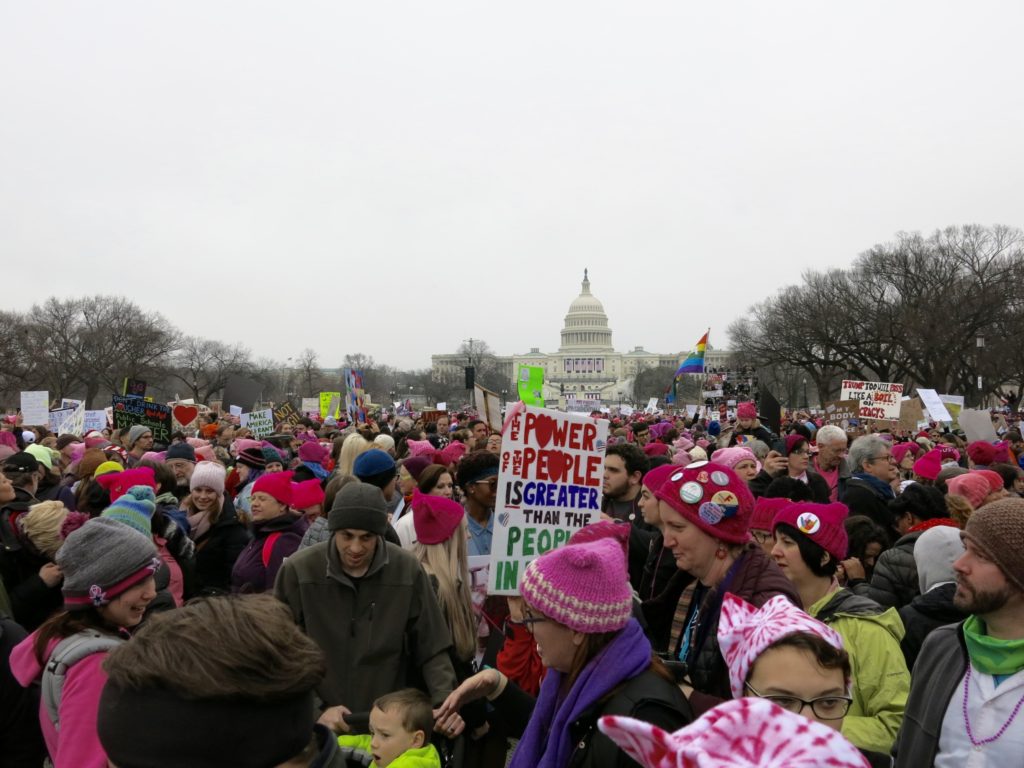 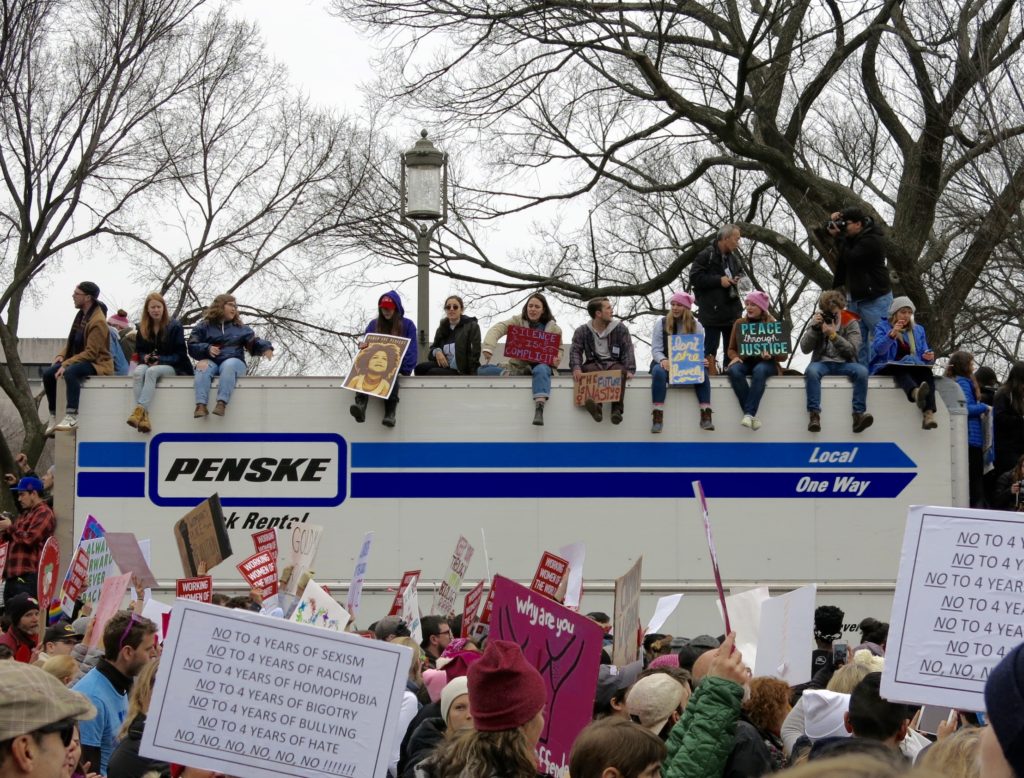 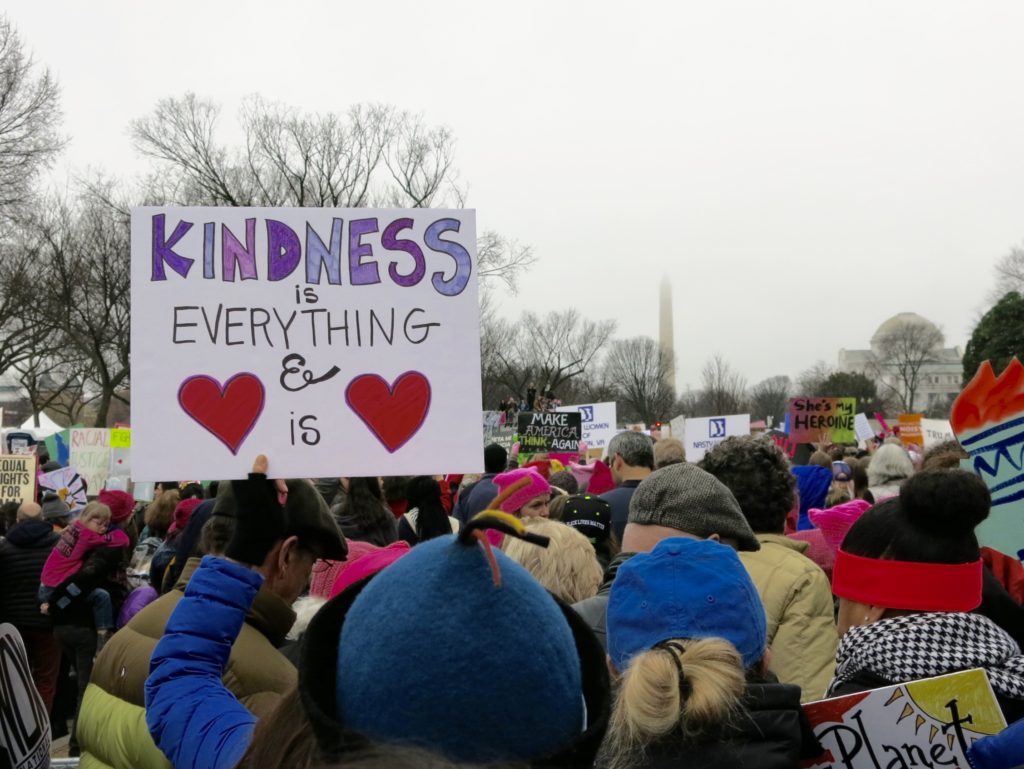 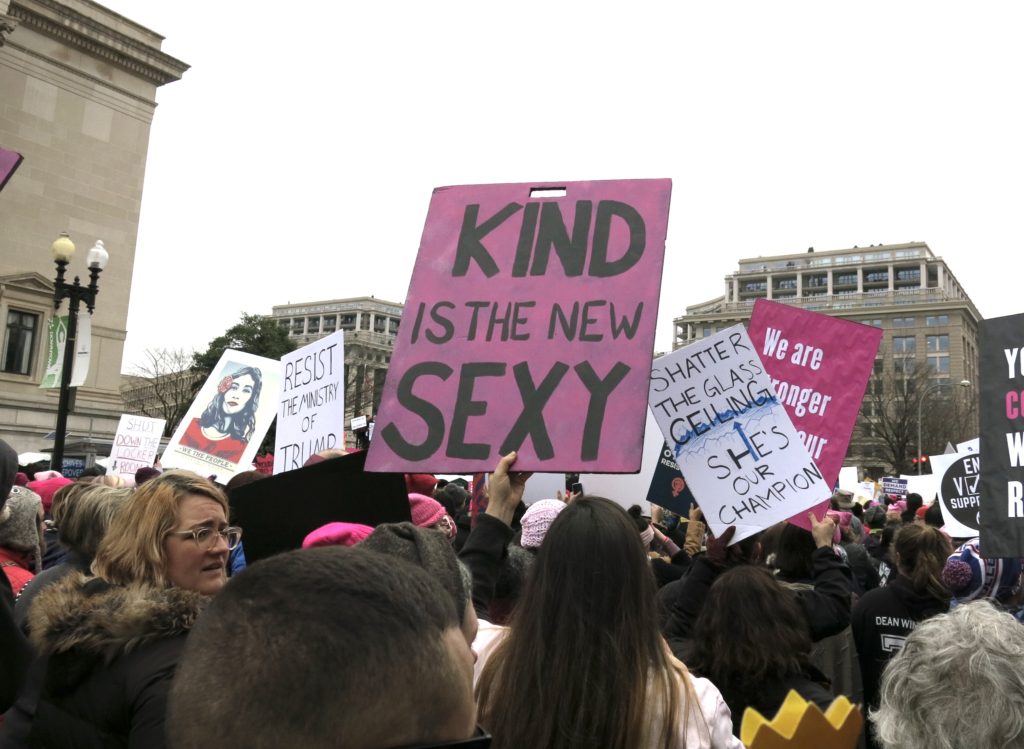 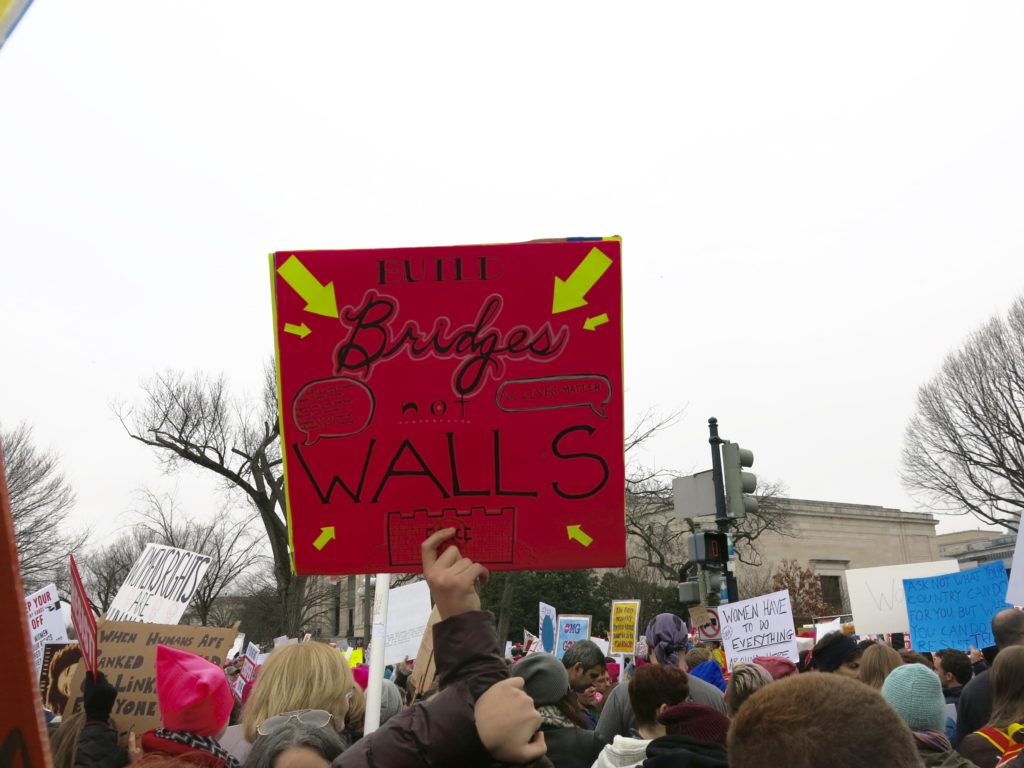 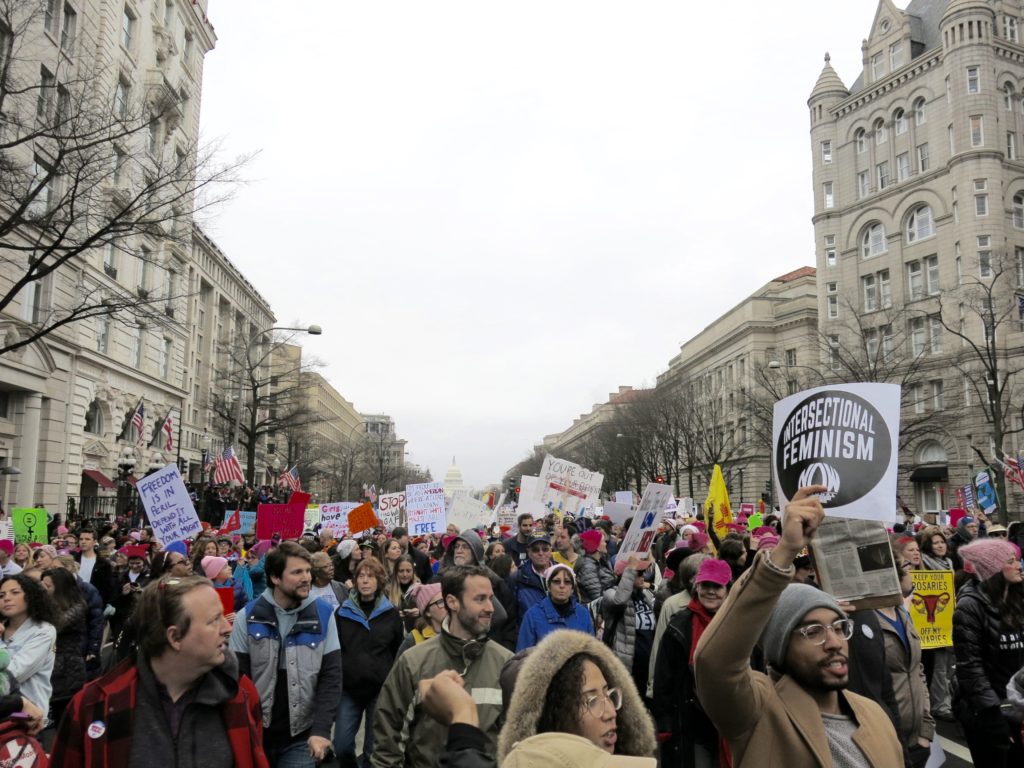 So my past posts have hopefully made it more obvious why I’ve fallen behind on blogging these past months. When I came back to DC after 3.5 weeks on three continents, it was already summer – my favorite season! In Washington, that means lots of ice coffee at outdoor cafés, Friday Jazz in the Sculpture Garden, Screen on the Green (outdoor cinema), people doing yoga in the parks, and of course peach and berry season at the farmers markets! 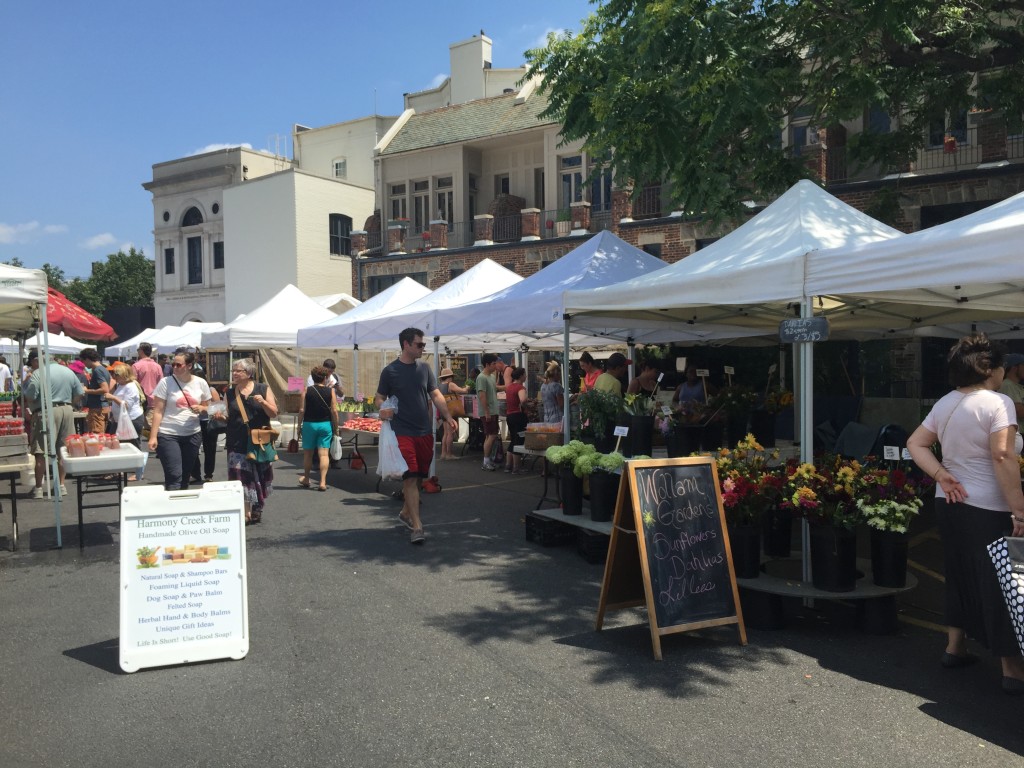 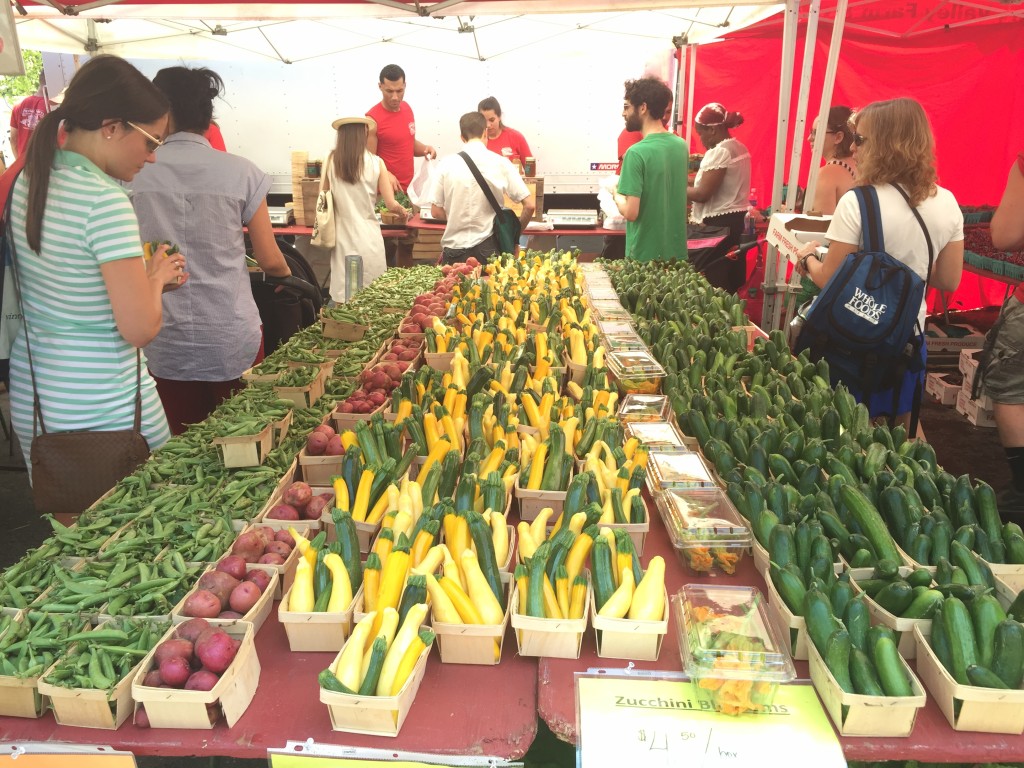 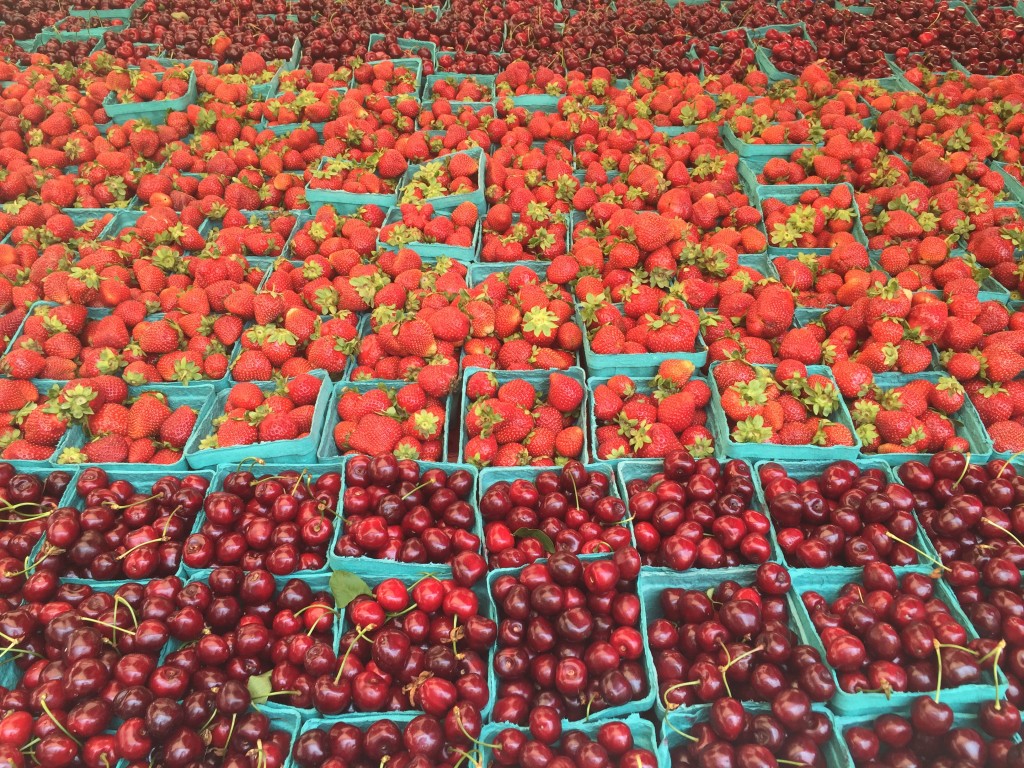 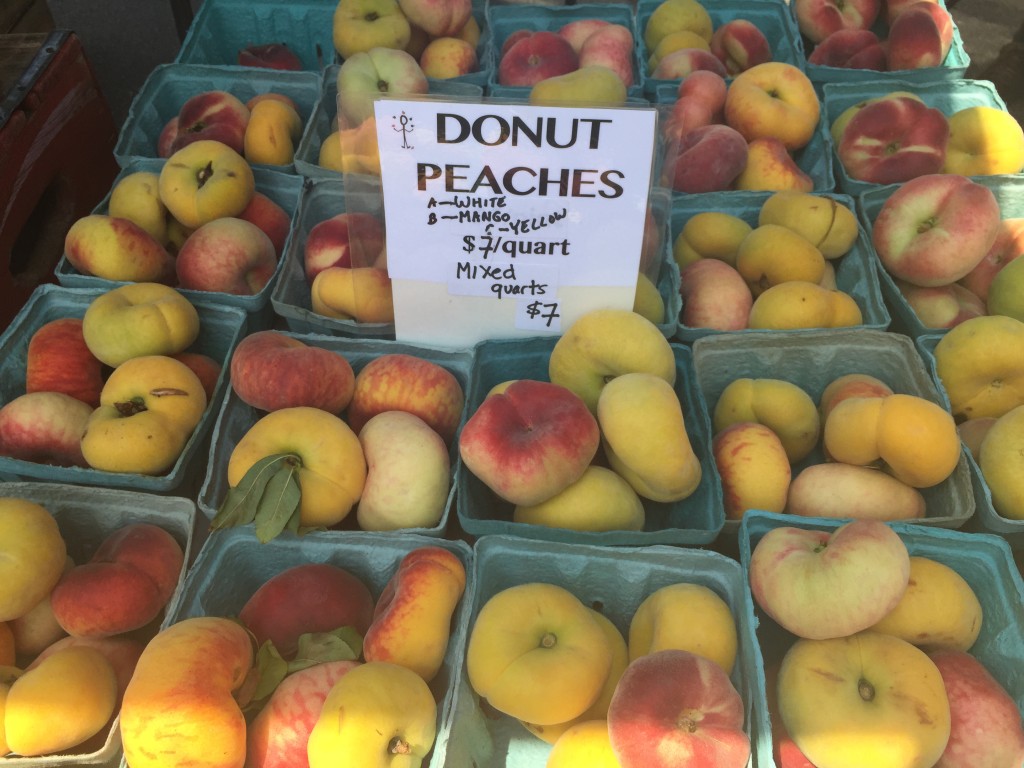 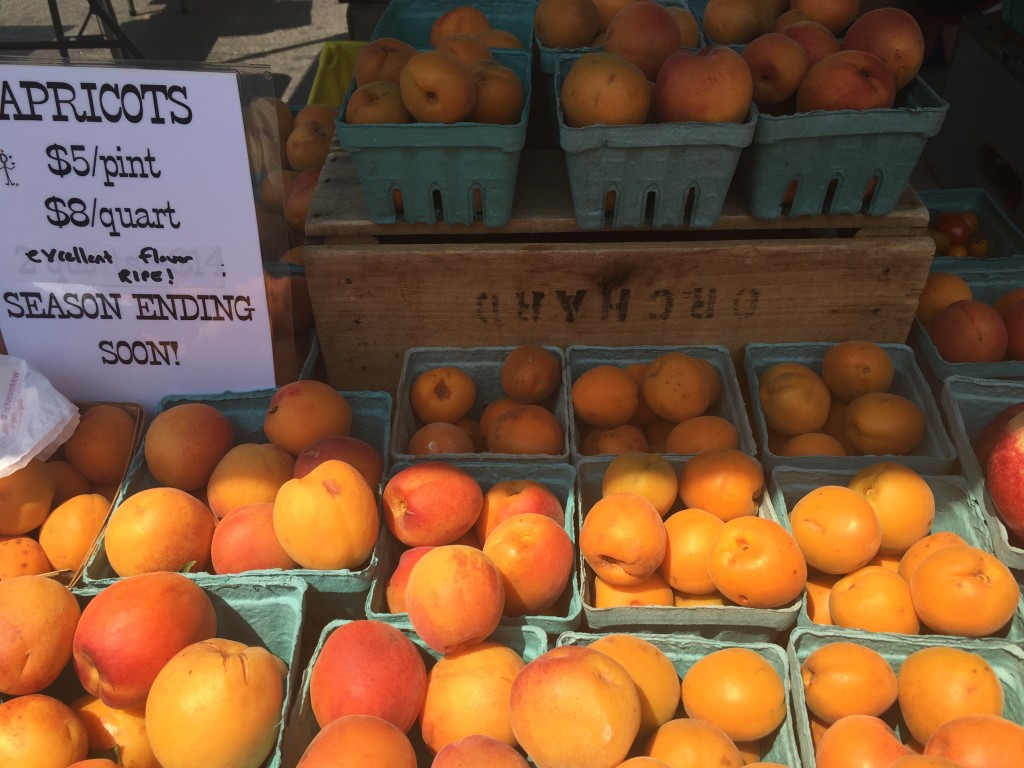 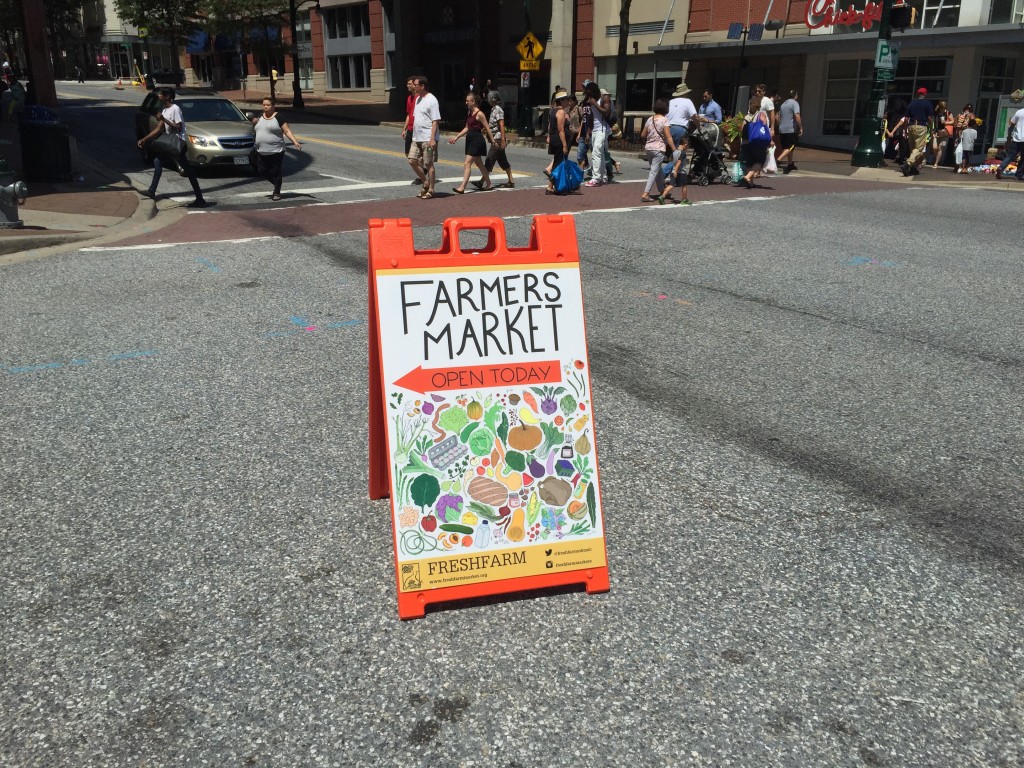 I love apricot marmelade on toasts and for the first time ever, I made my own this year – a taste of summer for the winter season! The pics are from our farmers’ markets in Dupont Circle, DC (Sundays) and Silver Spring, MD (Saturdays),  but there are many more in the Washington area.

Coming back to Washington, I barely had time to unpack before it was time to take out my suitcase again. This time, I had six countries on the itinerary. It could have been seven but I ended up spending my 12+ hour stop-over in Frankfurt sitting working in a lounge. So no stop at the lovely food market at Konstablerwache this time, which I did last time I had this connection. Instead, the same evening I was on a flight to my first stop, Johannesburg, were I was to organize a training in agricultural risk management. 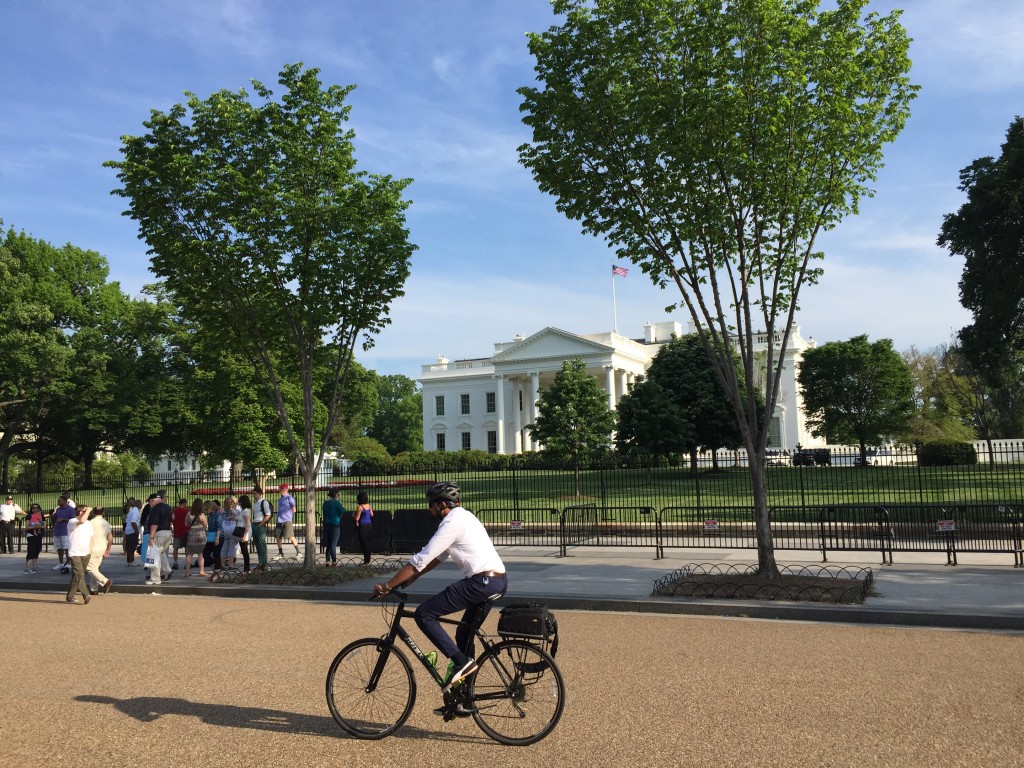 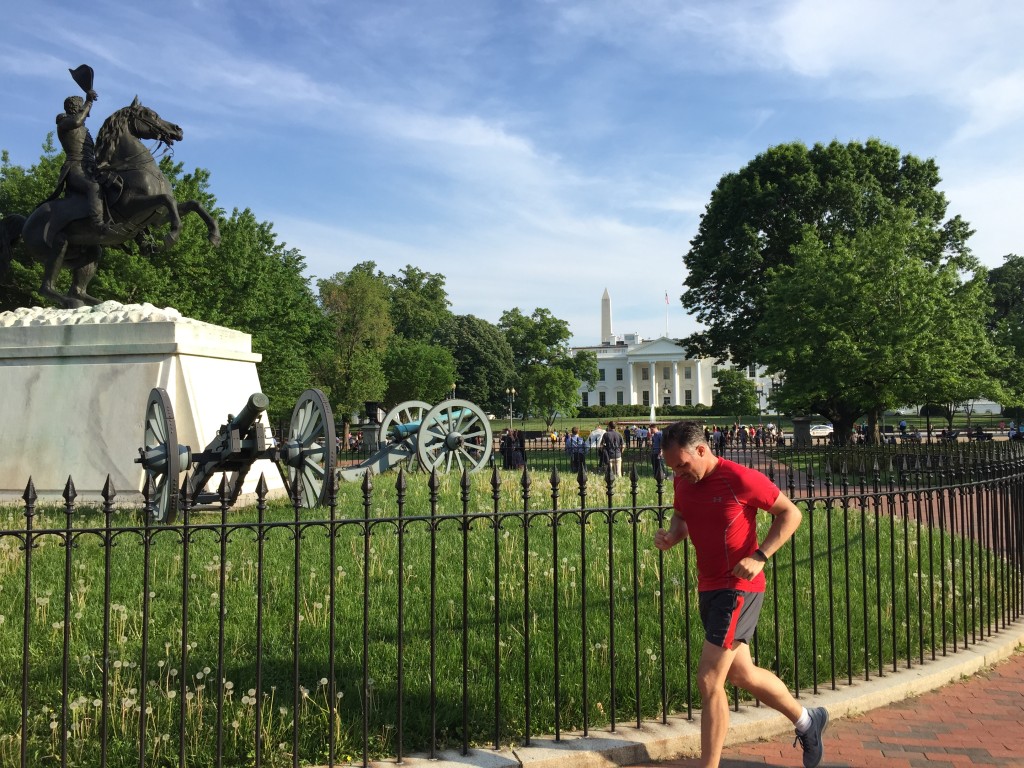 When I arrived in Washington DC, the tourist season had started and on Pennsylvania Avenue, foreign travelers and American weekenders took turn with school classes to get selfies in front of the White House, while we Washingtonians tried to continue our daily routines. I pass here almost once a day when in DC, sometimes more, and on weekends I’m that runner that get in the way for the tourists’ pics of the monuments. I guess it’s part of the charm of living here…

With Cherry Blossom Season peaking this weekend, my colleague and I went for a walk today down by the Jefferson memorial. It’s so beautiful with all the trees in full bloom! What else am I doing this weekend? Prepping a presentation on agribusiness that I will hold for class at GW on Wednesday, catching up on some other work, and planning my summer vacation with Jonas. AND enjoying the fact that spring is finally here, which hopefully means some new produce at the farmers’ market! Happy weekend! 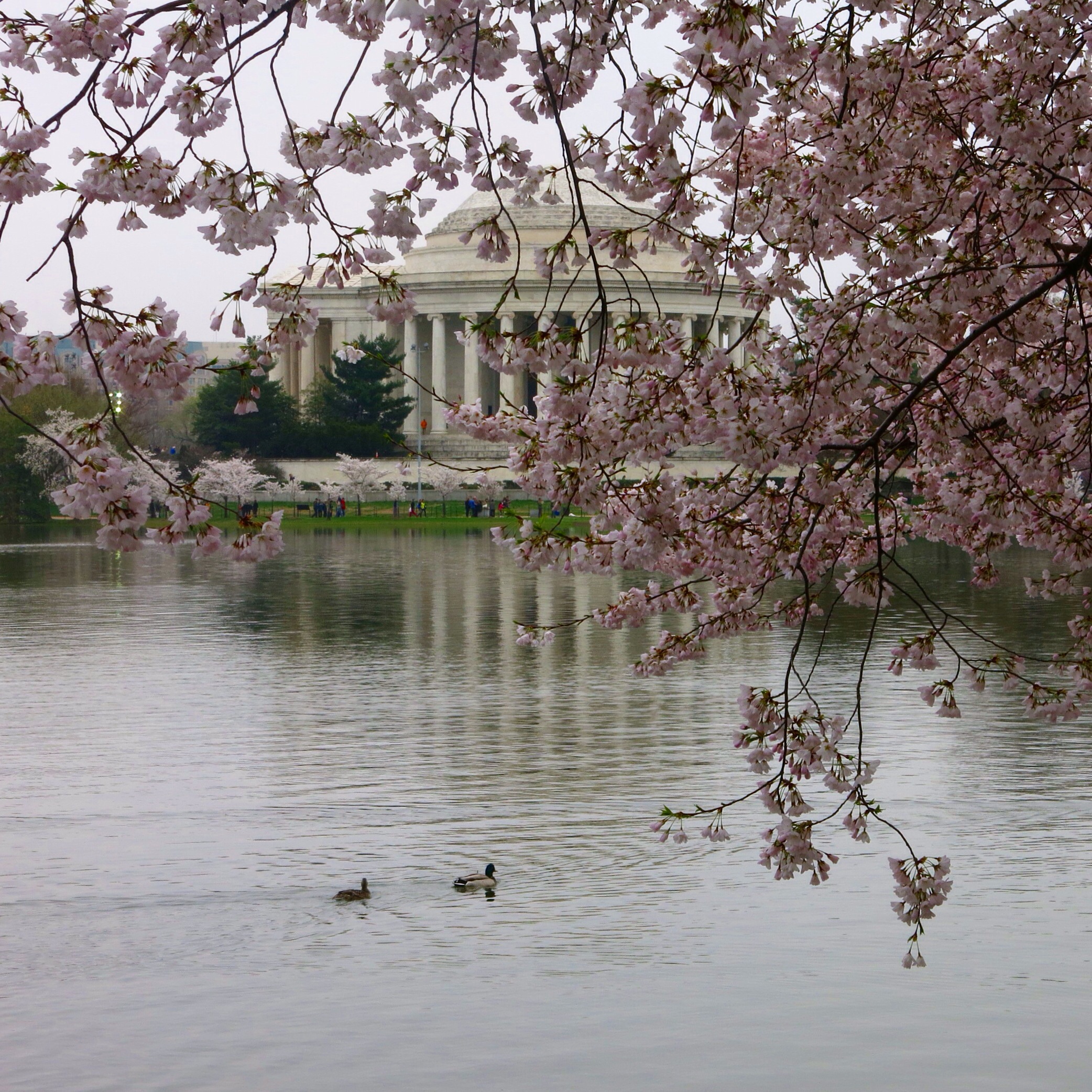 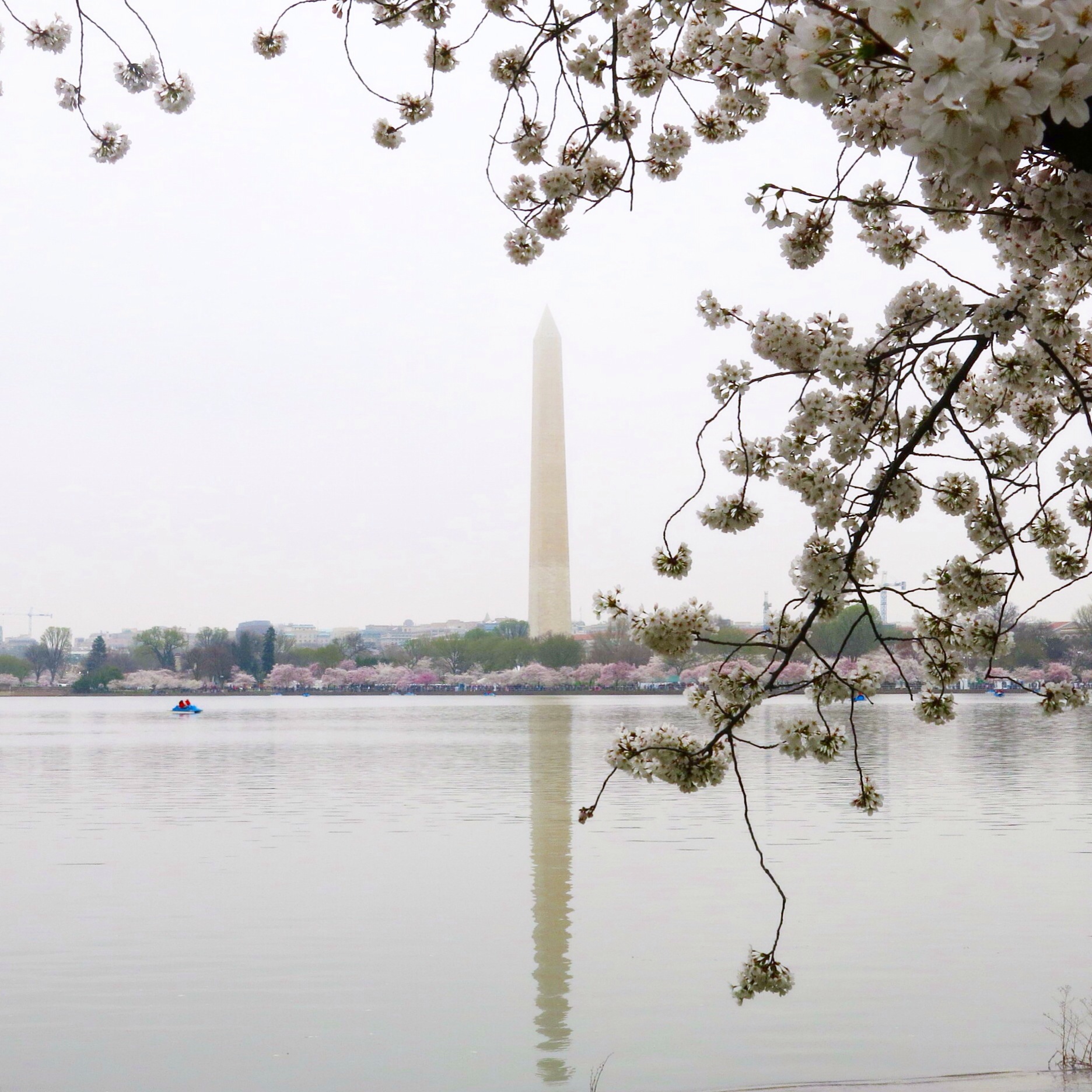 I’m aware that my blog updates have been poor lately. Or non-existent, in fact. In part, this is a result of an intense work period that made me basically lock myself up in my office for three weeks after I came back from the Dominican Republic. But also because it seemed dull to post writings and photos of my everyday life in Washington DC after my week in the Caribbean paradise. But I guess it’s time to admit that this is my life here and that it doesn’t get more exotic than this, and that if I should keep this blog alive, I have to post non-adventurous posts now and then.

A pleasant discovery once I existed my office in late May was that summer had finally come to the U.S. East Coast. And in Washington DC, that means that people start gathering on rooftops around town. Drinks, BBQs, or just a relaxing afternoon – everything is better on a rooftop with a view! Here is the view from my friend Anna’s rooftop, at the top of Meridian Hill Park in North West DC: 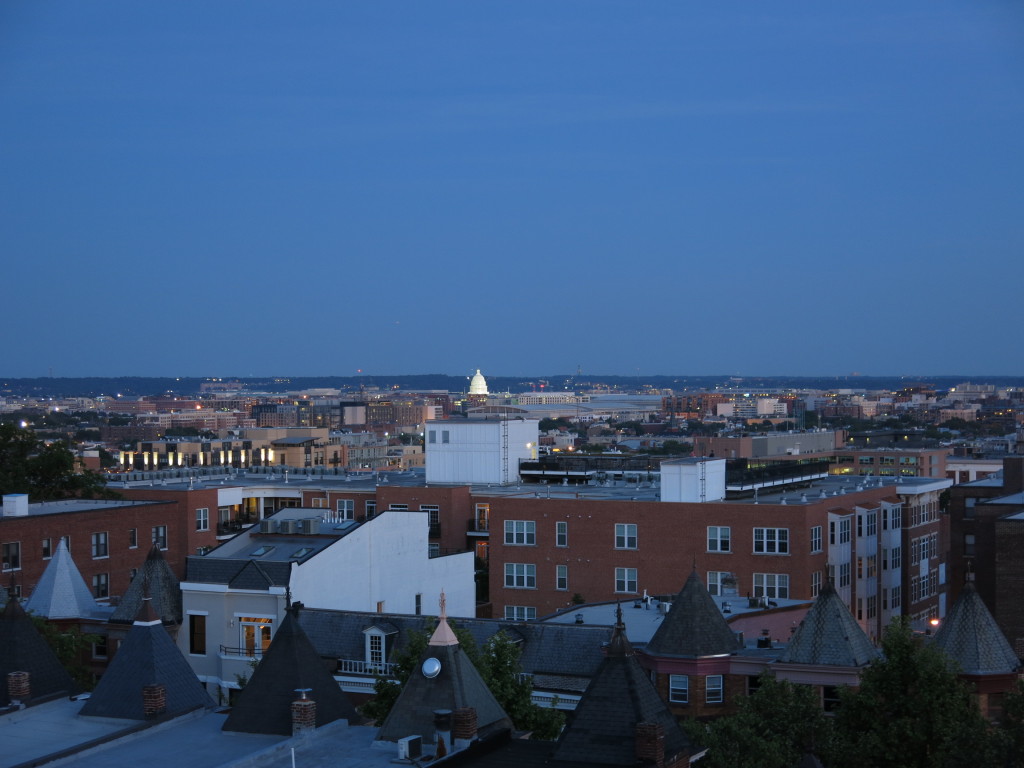 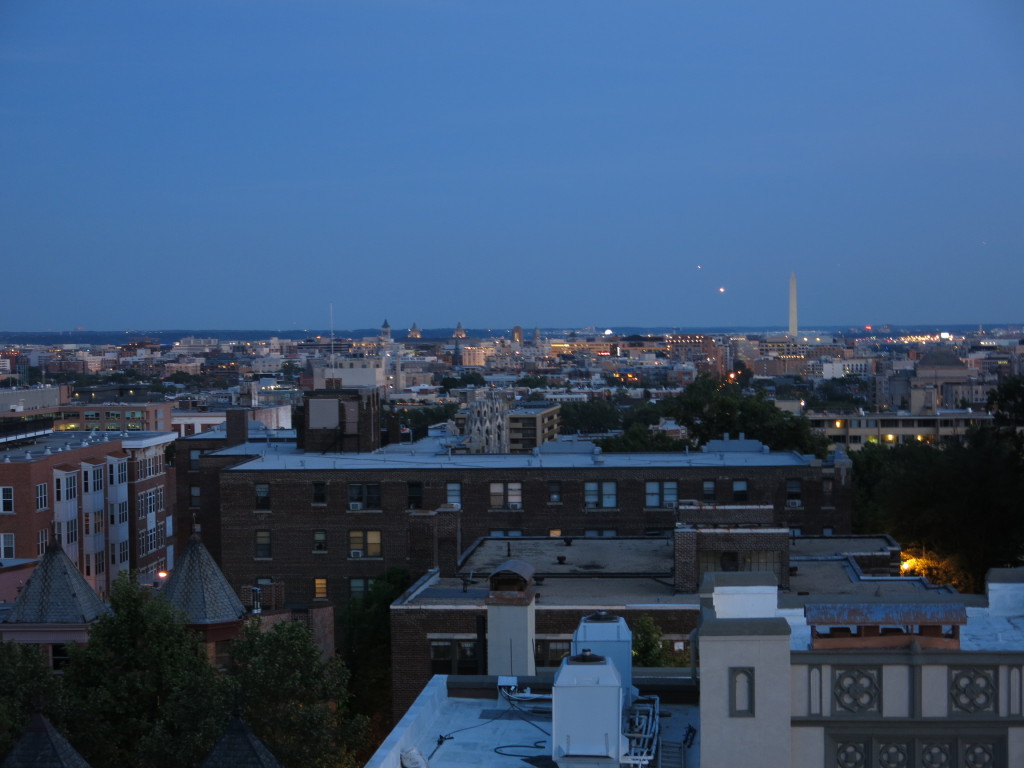 I was looking for signs of spring this weekend but despite promises of sunny days and decent temperatures, the sun was barely visible behind the clouds and it was windy and quite chilly. A former colleague and I went for a walk down to the National Mall with the hope of finding a pink landscape, but Washington DC’s famous cherry blossom is still not in full bloom. This has been the coldest winter here since I moved to Washington five years ago and it seemed like the rest of DC was as eager as me to see the sun that day. The steps of the Thomas Jefferson Memorial were packed with people as were the rest of the monuments and parks around DC. But today, the weather was grey and rainy again, and temperatures in the range of what we normally have here in December. The cherry blossom peak, last week projects for April 8-12, is now expected around April 15. So I’m still in my winter coat, snapping photos of every little sign of spring that I see. 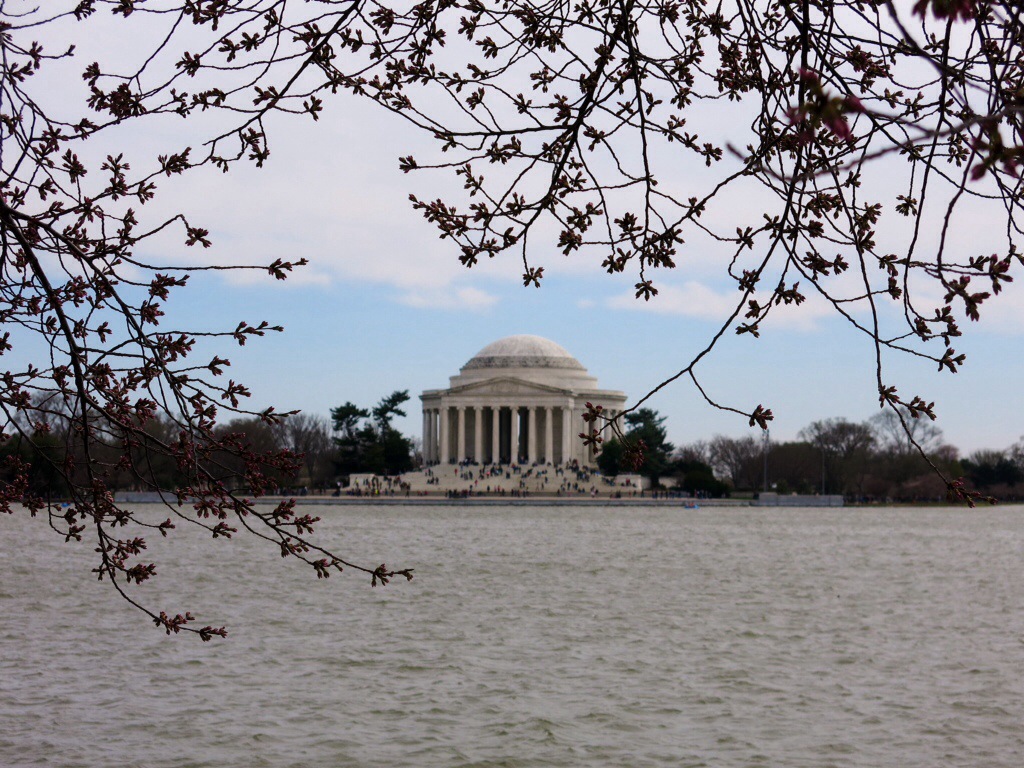 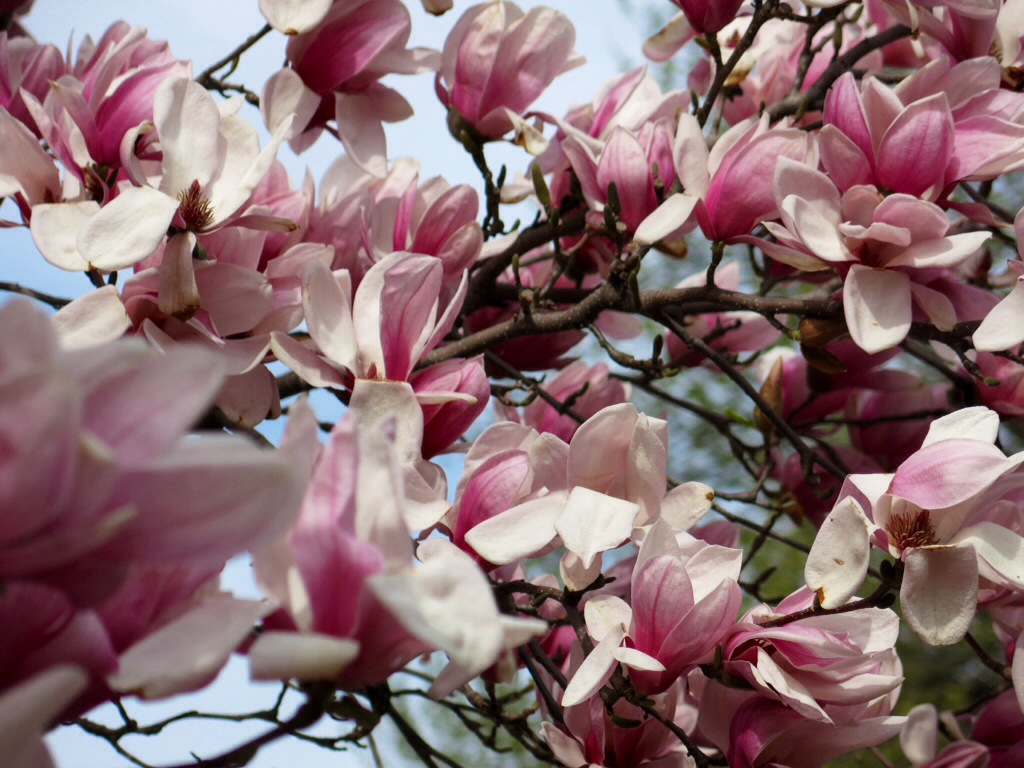 As all over the US (and the media has reported elsewhere) we’ve had a terrible cold blitz this week. Or it’s been cold for DC. For whatever reason, I still have Ulaanbaatar on my phone’s weather app and I saw that it was -38 C there the other day). But probably because of the humidity, negative temperatures here have felt very cold. And when on Monday, it went from 8 C in the morning to -8 later in the day, and I hadn’t brought warm shoes or my hat, I was tempted to skip my ballet class after work. But then I remembered how someone told me that for a few years after independence in the 1990s, the Chisinau Opera and Ballet barely had money to heat its facilities, and that at one point, the ballet dancers performed with 2 C on the stage. After that, I dragged myself up to my Joy of Motion class in Bethesda – I really had no excuse not to!

Today is a quiet day. We’re having a Snow Day, which means that my office is closed and I’m working from home. It’s very nice, although it would have been nice if we had had a proper snowfall! Being from Sweden, closing down an entire city just in the anticipation of snow is a little ridiculous, but that’s how it works here. The car-bound population out in the suburbs can’t get out on the roads when there is snow or ice, and if they can’t guarantee that teachers can get to work, it means that the schools close, which means that people have to stay home and watch after their kids. And so on. And then there are days like today, when the weather forecast was wrong and we don’t even get snow. But I’m of course happy about the Snow Day! 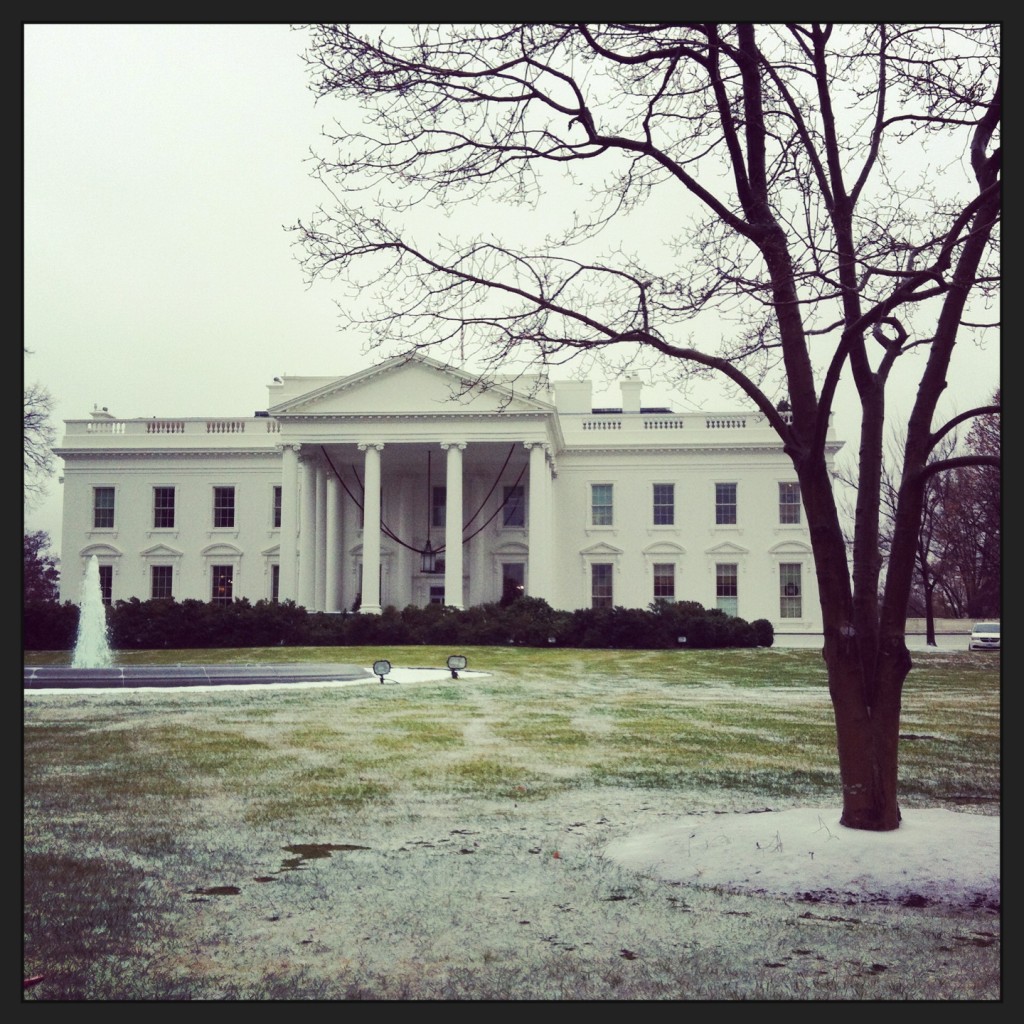 I took this yesterday on my way to work: This year’s first snow on the White House lawn. It melted away immediately of course, and today we got even less snow so I think I’m back in the office tomorrow.

It’s warm outide but I’m not sure what happened to the sun? The rain and thunderstorms have been hanging over DC since I got back, and will continue to do so for the better part of next week according to the weather forecast. Since I’m still working for a few more days, it’s alright. Today I’m off, though, and I’m going to Union Market with Swedish Monika. Hope you all have a nice weekend too, sun or no sun!

There is a heatwave hanging over DC since a few days and I’m enjoying it as only a Swede can. It’s actually not that warm, only about 30 C, but people already avoid being outside and chose instead to stay indoors in air conditioning. As a result, there is an epidemic of vitamin D deficiency in the US and people are prescribed supplements by their doctors! I, personally, don’t have air conditioning in my apartment. We can have it installed for an extra fee but ceiling fans are enough for me. It’s kind of a funny cultural difference from Europeans. My neighbors told me how they spent their entire London vacation at Starbucks because it was the only place that had AC. Europeans here, on the other hand, can barely stand the AC and my European colleagues complain about how cold it is in our office. I always bring an extra sweater to work and when I go up to NY in the summer, I have to wear pants on the bus while the American passengers wear shorts and tank tops. But I love being outdoors in the summer heat! The trick is to spend time outside for a few days so that the body gets used to it. It’s a good excuse to go out for lunch! Which I did today. There were at least three times as many people inside the cafe as out on the terrace…