I didn’t spend many days in the U.S. after my trip to Rwanda, before taking off again; 2.5 to be exact. Had I known I would be traveling for work, I would have planned better, but I didn’t at the time when I booked my holiday and so I barely had time to repack before I was on my way out to Dulles again, heading for six day’s holiday in Scotland. Why Scotland? I’m not sure how the idea came up exactly, but my travel companion Andreas and I started to form some kind of vision of a journey through Scotland when we were in San Francisco a few years ago, and then a few months later National Geographic Travel had an article on the Hebrides, and this trip has been in our thoughts ever since.

And now we’re here! Since Andreas lives in Stockholm, we met up at Edinburgh Airport and took a bus to Glasgow (about one hour ride) where had lunch. We were then supposed to take a bus to Kennacraig and connect with a ferry to Port Askaig, where we were supposed to spend the night before taking a last ferry over to our end destination, Jura. However, the weather worked against us, or at least not according to our plans, and the bus driver told us that the ferry between Kennacraig and Port Askaig had been cancelled due to the strong winds. But we took a chance anyway, and got on the bus and started calling hotels in Tarbert (an area close to the ferry, where the bus driver said there should be rooms), and after three calls, we got a room at the Anchor Hotel – a lovely inn in the Tarbert Harbor. A few hours after we arrived, the storm came in and we were warned that the electricity might go out, but in the end, all we got was a cozy rain storm and some hail while we enjoyed Scottish ale pie in front of a fire place in a small local pub. Somehow it was exactly as I imagined Scotland. 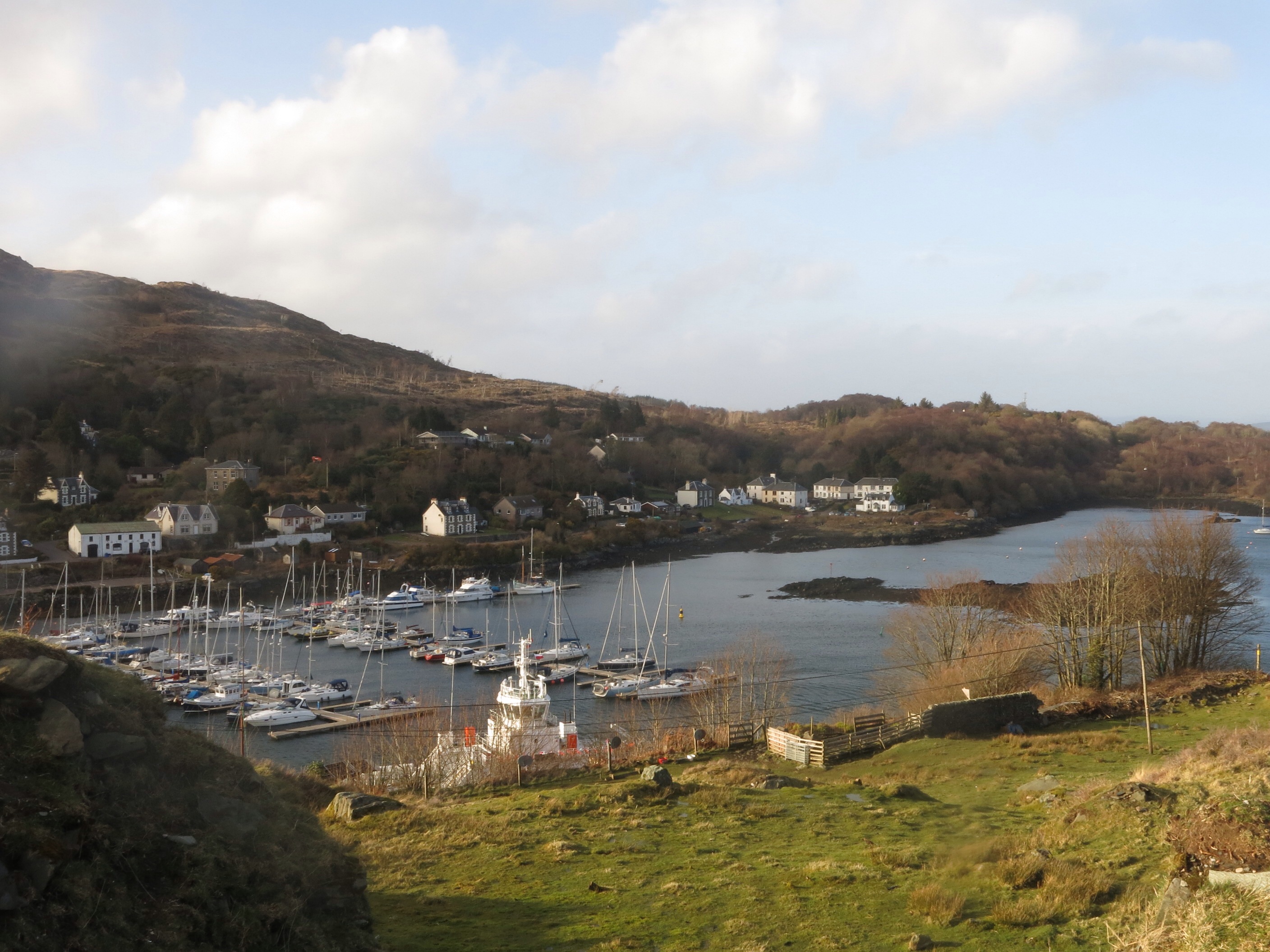 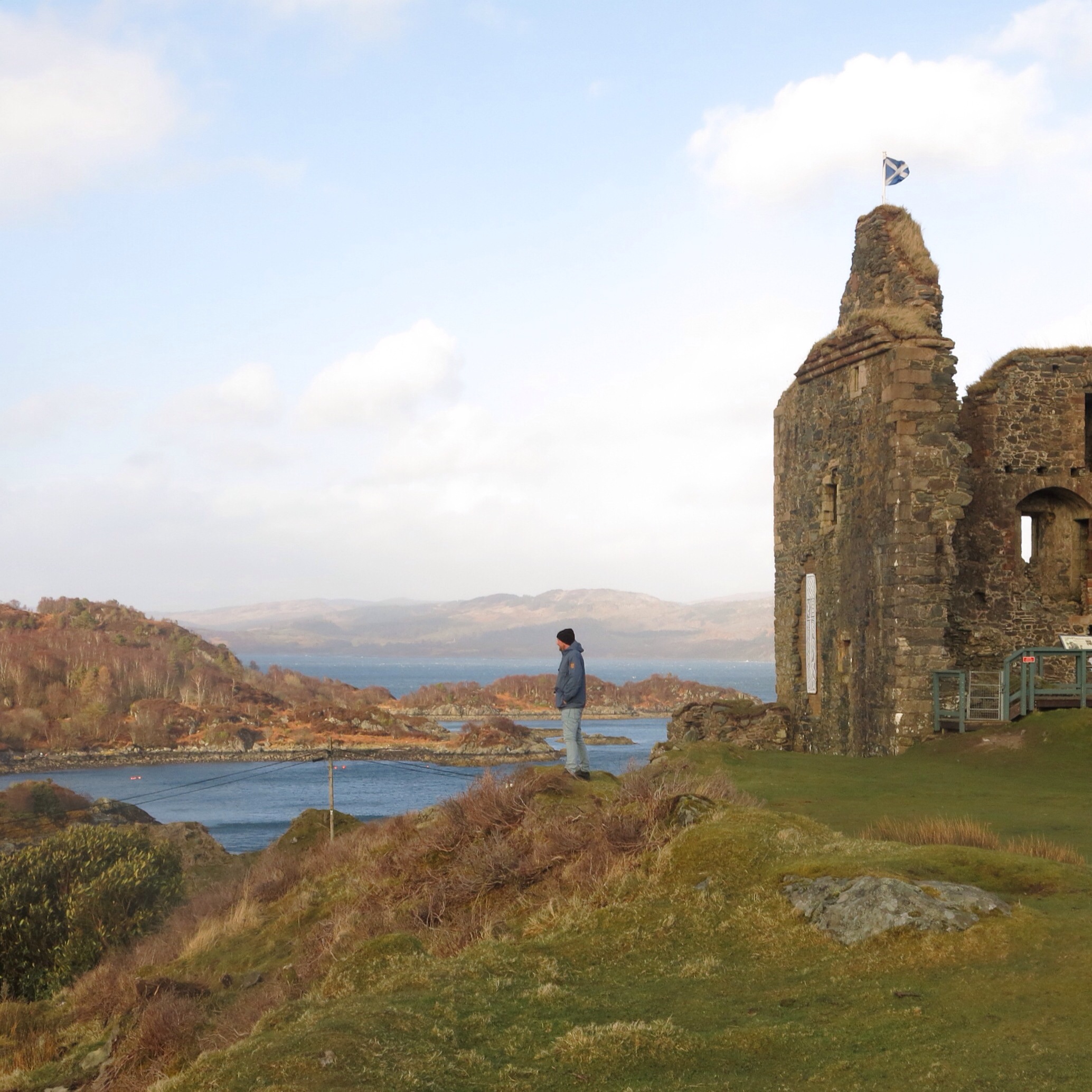 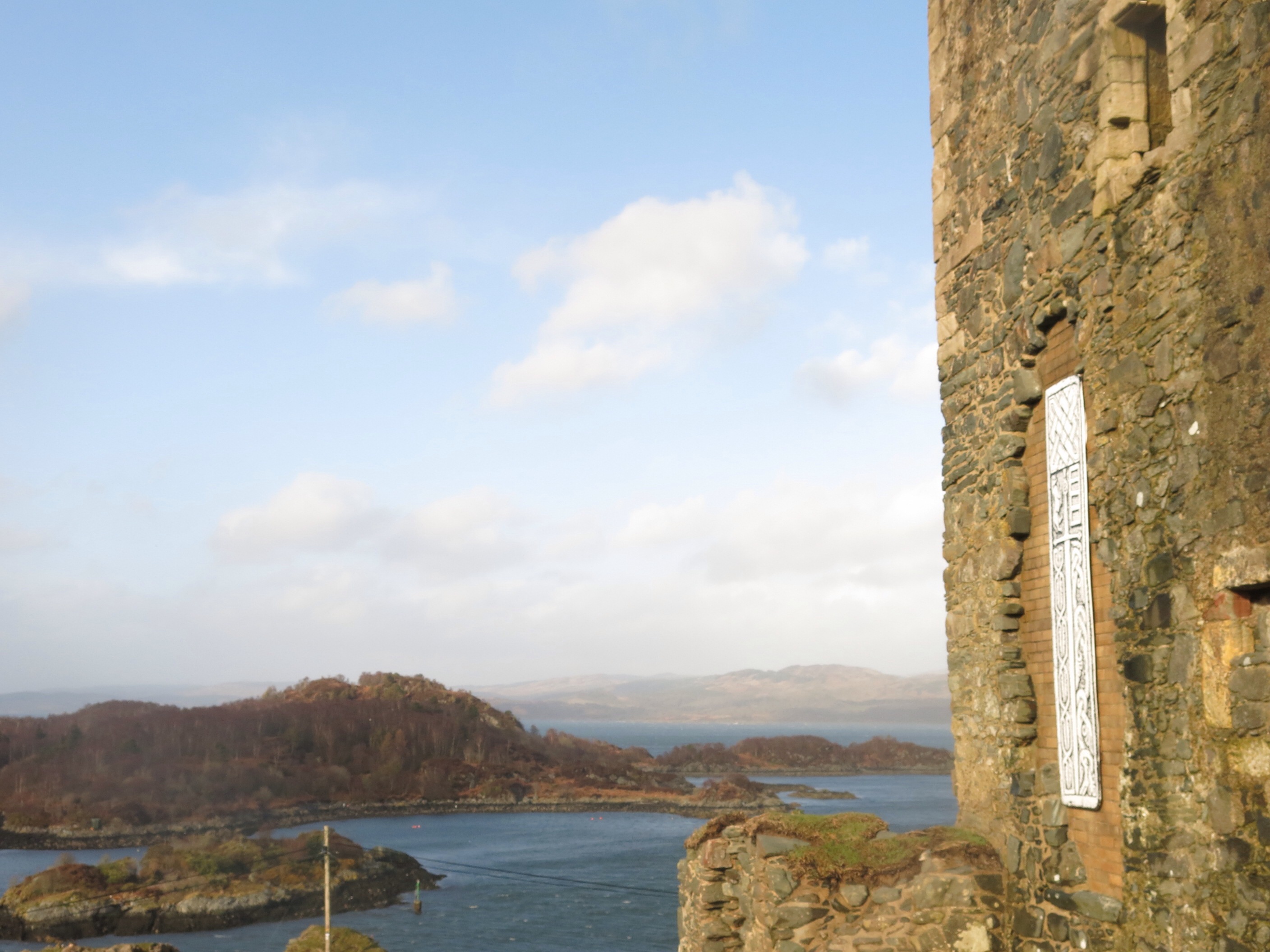 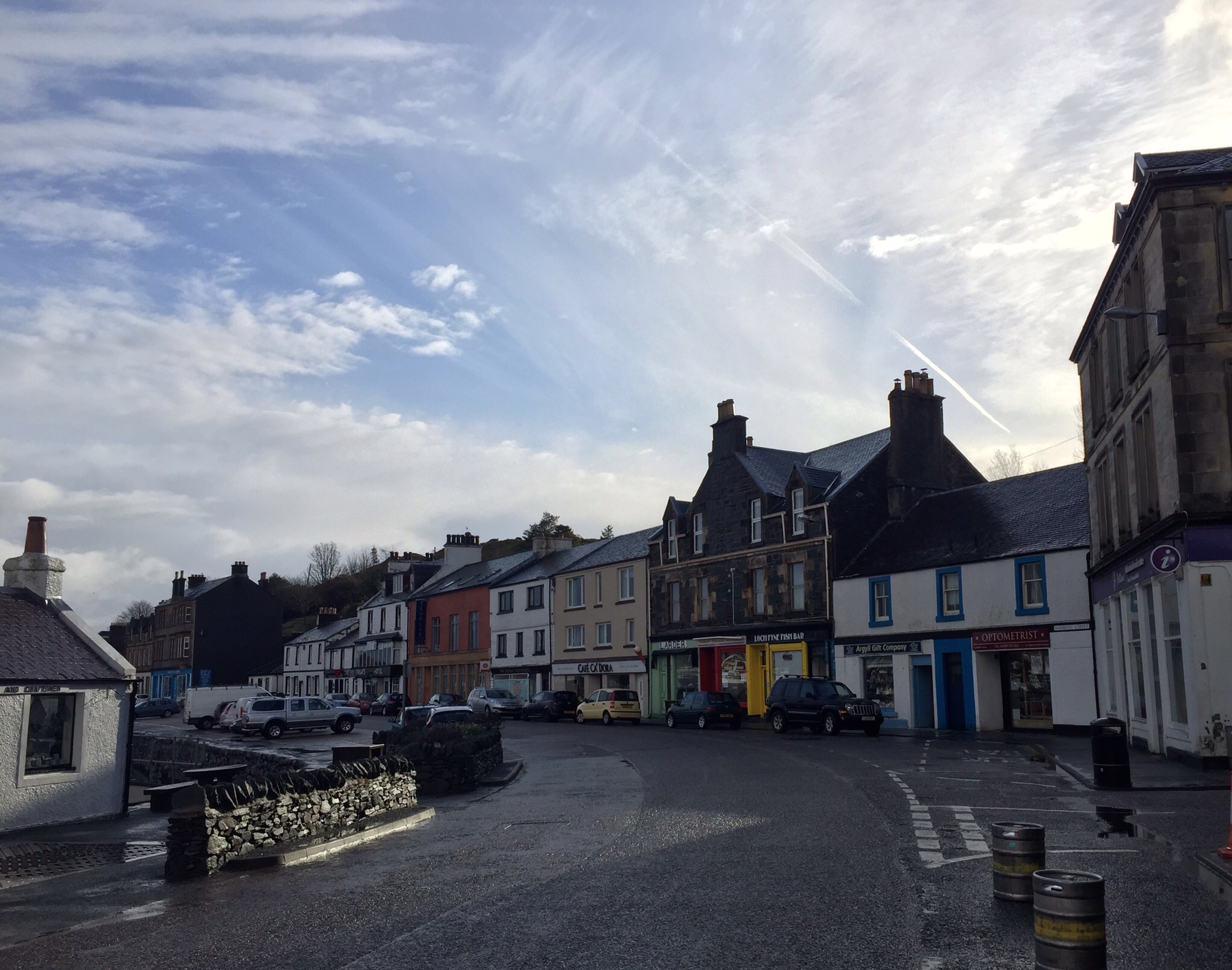 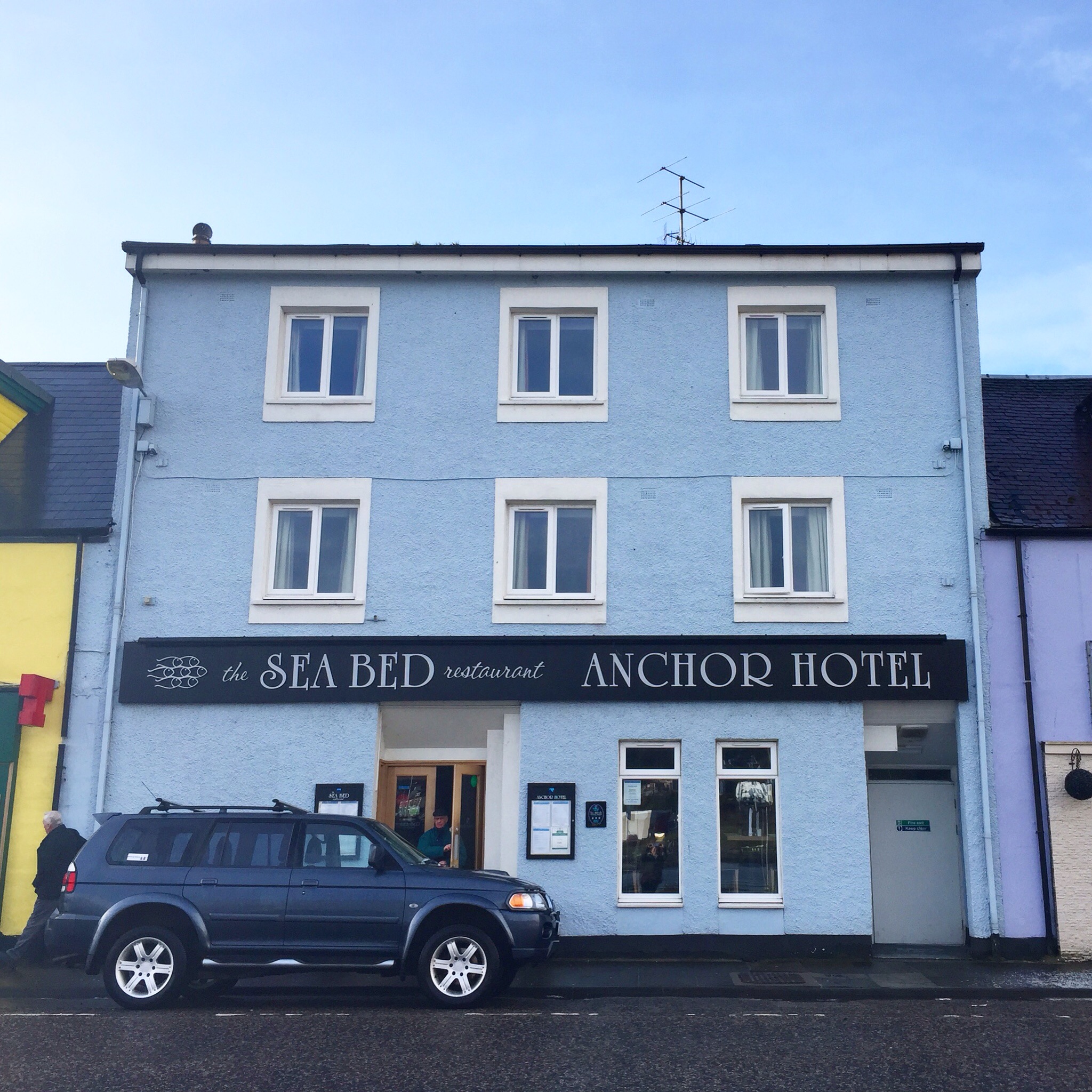 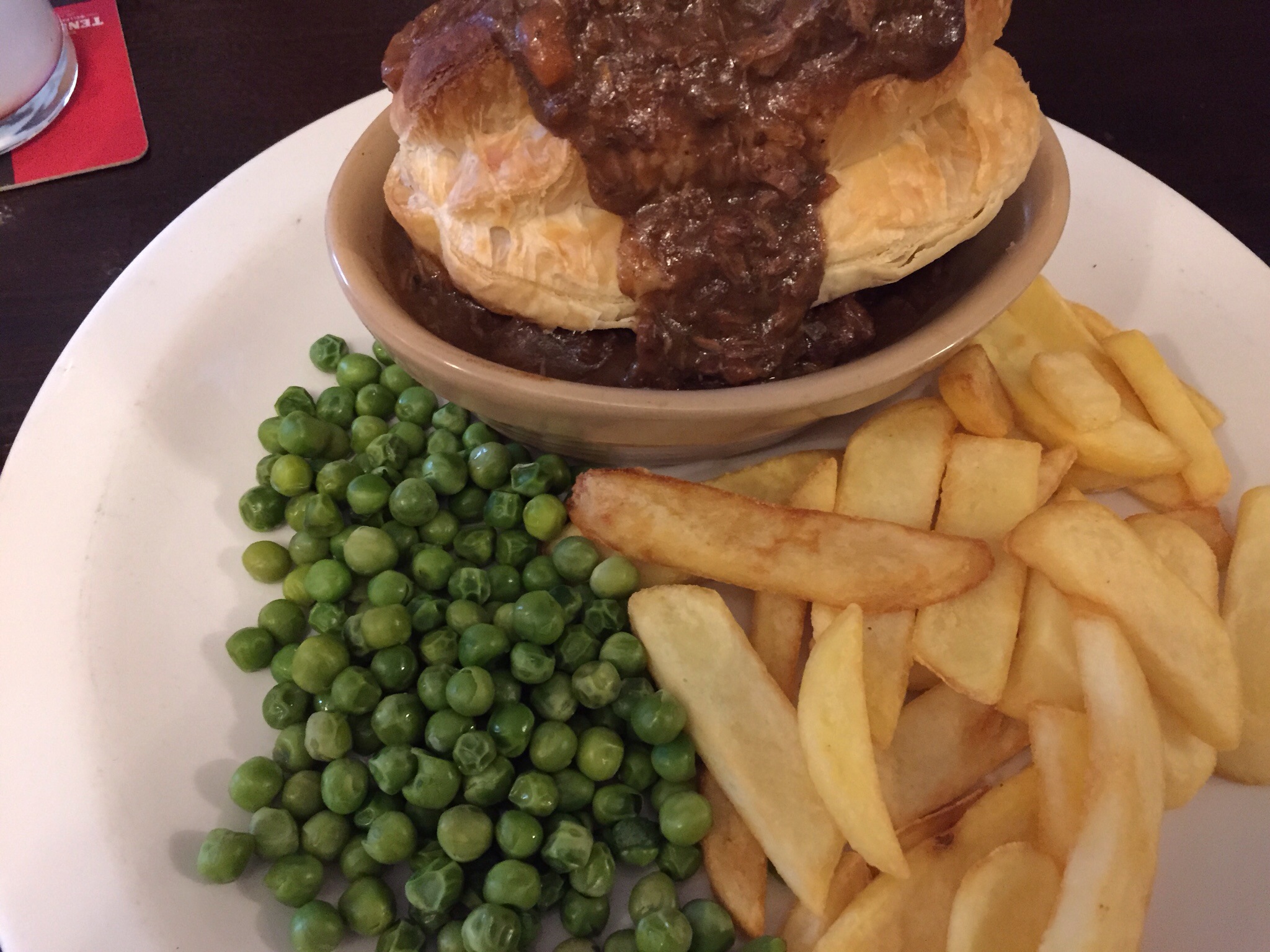