I realized I’ve written a lot on airports lately. Here is from a somewhat smaller one than that of Frankfurt: at Blantyre Airport while waiting for passengers and luggage to be offloaded on my way from Johannesburg to Lilongwe the other day. I prefer smaller airports to bigger, mainly because they are faster and there is less logistics involved. Best of all is when they allow you to walk to and from the plane on foot, and you don’t have to take a little bus. 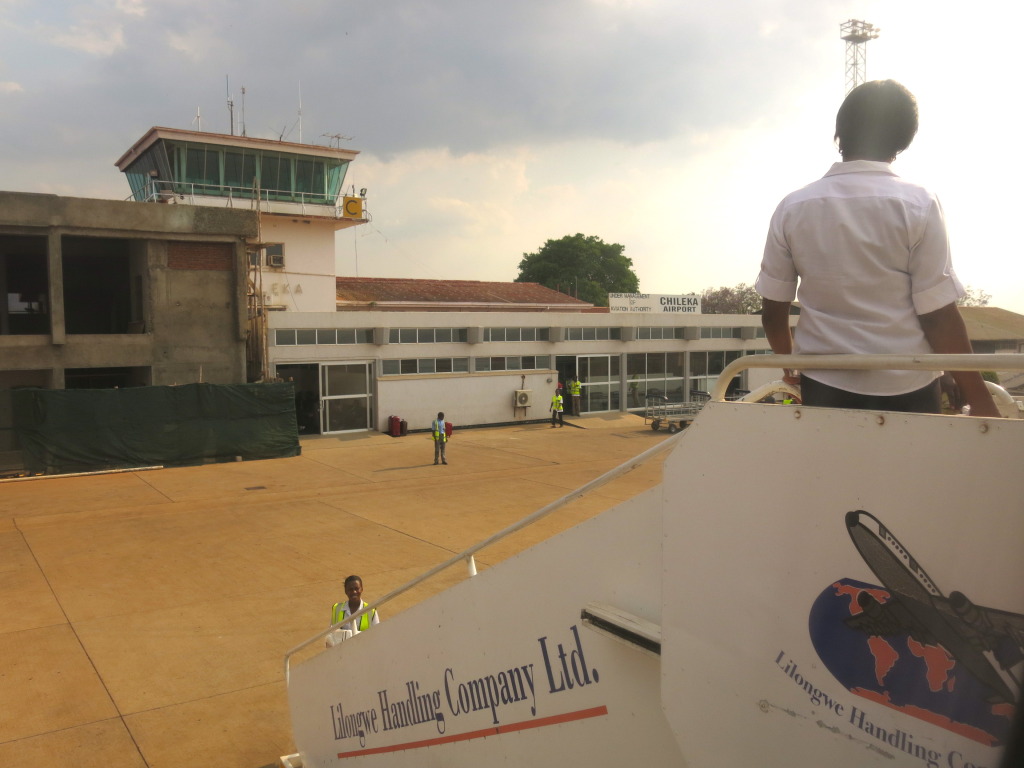 Since I’ve mainly travelled in Europe before, I wasn’t so used to it, but it’s really common for flights in Sub-Saharan Africa to do routes between three cities, rather than just connecting two, which means stops on the way if you’re not luck enough to get off on the first stop.