A Year in the Life! Not that of the Gilmore Girls, but that of mine. Another year has passed and I think many of us are happy to see 2016 come to an end. Being the news junkie that I am, it’s been a heavy year with all the evils going on, real and rhetorical. Perhaps because of the country in which I grew up, I am not used to the harsh rhetoric that was thrown back and forth during the U.S. election campaign. Everyone talks about energy vampires and one things that sucks out all my energy is when people speak ill of others and spread meanness around; it completely drains me! So the past year’s new cycle has been quite heavy for me. Fortunately (and speaking of the Gilmore Girls), I found the perfect antidote earlier this year: the Gilmore Guys podcast! The lovely duo Kevin and Demi have, while discussing every episode and character of the show for some 400+ hours, convinced me that the sometimes horrifying words that have come out from certain politicians are not the norm, but that for normal people the barre is set higher for what is acceptable behavior and not. I love Gilmore Girls – some describe the series like a warm blanket that helps through difficult and uncertain times – and so what better in times like these than to listen to a kind and cool community that shares my love for the show? (While writing this, I realize that I may have to write a separate post on this topic…)

As for my own life, nothing life altering happened for me in 2016, but I still did quite a lot. Here is a photo collage of what happened in my life in 2016. In the order of seasons, of course, in line with the title series! 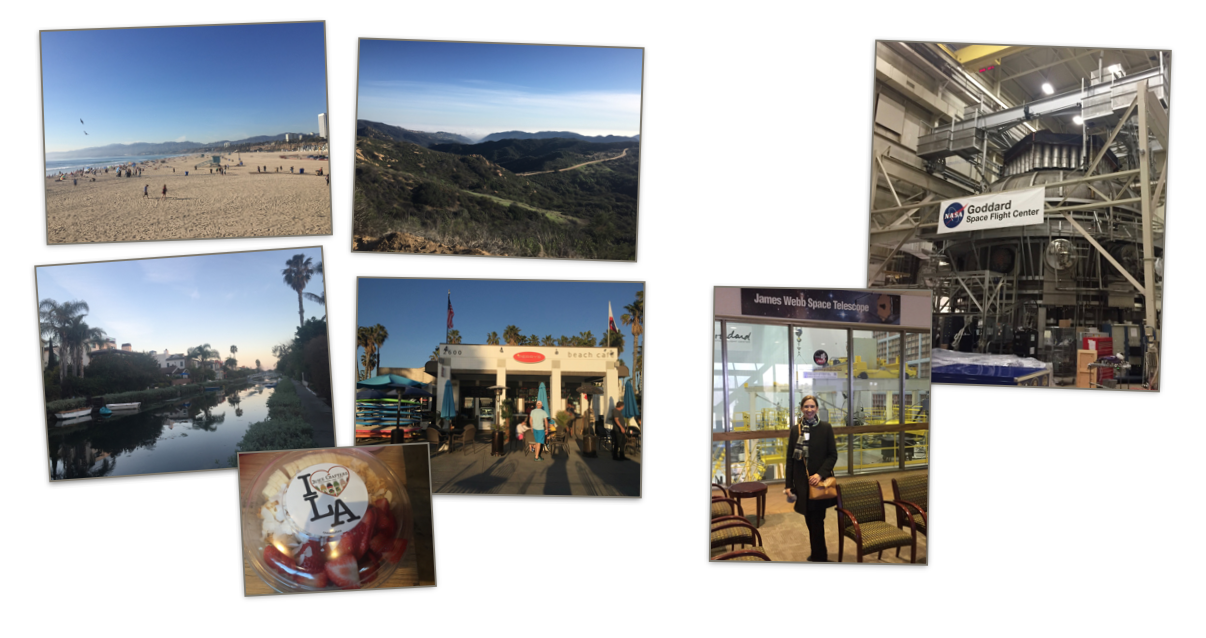 Los Angeles: essentially my first time in Southern California since I lived there after high-school, and I still love it! Spent a few very nice days with my friend Anthony in Venice Beach, doing everything LA, from yoga and hiking, to tacos, acai bowls, and coconut water, and walking for hours along the beach every day. We also barbecued one evening with two of Anthony’s friends – an Italian-American couple whose wedding I attended in Venice my last summer in Italy. So from Venice to Venice Beach – closing the circle, or is the world just weirdly connected? // A visit at NASA: a childhood dream came true when I got to visit one of NASA’s Goddard’s Space Flight Centers in February (hence a rare picture of me here!) Behind me is the James Webb Space Telescope that will be launched in 2018 to replace Hubble. It will be rather compact when it is launched and then unfold itself in space over a period of six months (if I remember correctly) and it will be able to capture events billions of lightyears away. The most exciting part is probably that they expect that, just like Hubble, the James Webb Telescope will capture a lot of things that the developers have not planned for and that we are still not aware of. So fascinating – I can’t wait to see what it picks up once launched! The actual purpose of my visit? To learn more about NASA’s emissions and climate change observations. Almost as fascinating as the telescope and the space conditions testing facilities, and it made me dreaming of one day get to work for the space agency… 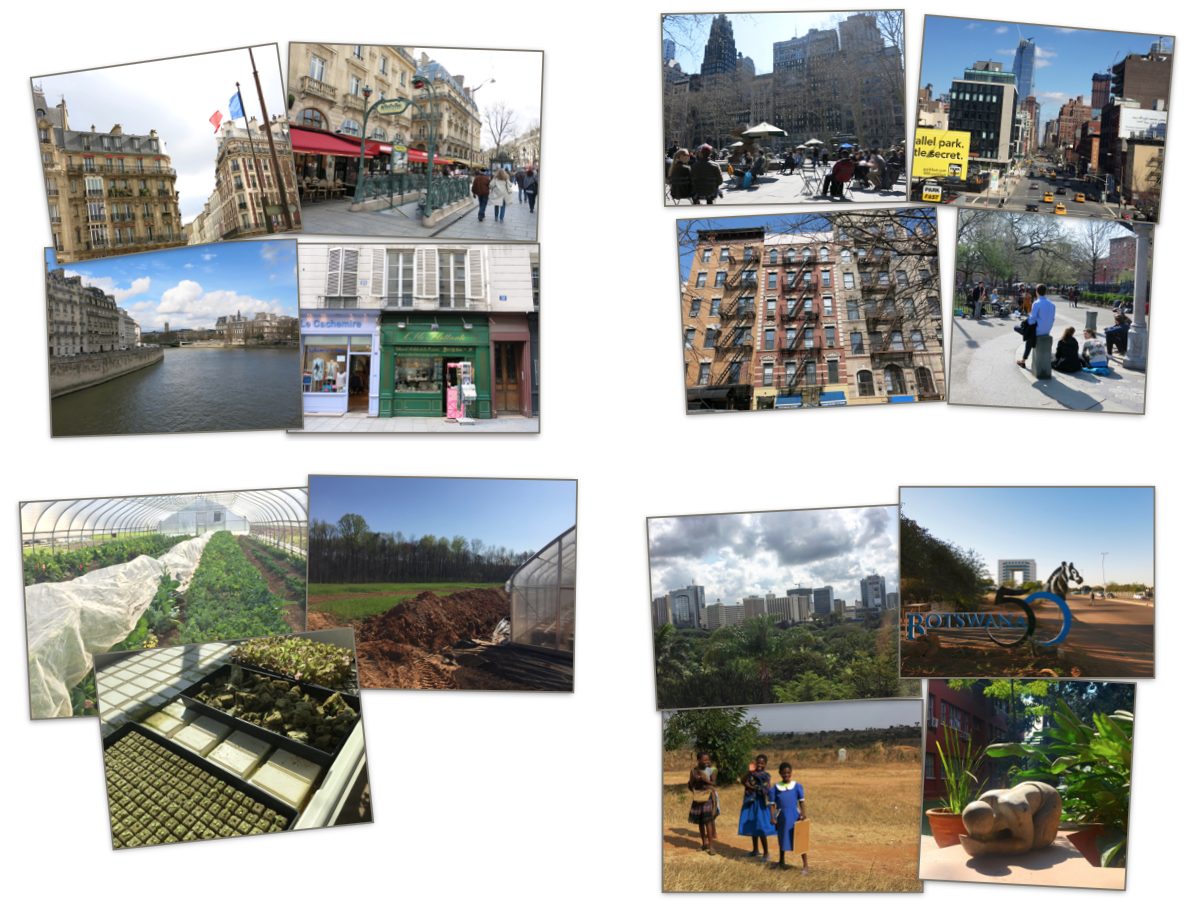 Paris tout seul: on my way to La Rochelle for a week’s holiday with friends, I was reached by the message that my dad had passed away. Not unexpectedly, but still a time for reflection. I stayed in Paris for a few days while rearranging my travel plans to go back to Stockholm. // New York: my only visit to the city this year, but with bella Camilla whom I know from my time in Rome! And lots of jazz clubs as her partner, Morten Ankarfeldt is a jazz musician (base player). // Learning: I spent a few evenings and weekends this spring taking a course in Urban Agriculture at the University of the District of Columbia (one of the U.S.’s Land-Grant Universities and with a cross disciplinary College of Agriculture, Urban Sustainability, and Environmental Sciences, CAUSES). It was a fantastic break from my usual office life! I learned a lot of very practical, non-academic skills, was out in the fields digging and planting, and met people with very different backgrounds from me. My only complaint is that it was too short! // A marathon trip with four countries in less than two weeks: Kenya, Botswana, Zambia, and Malawi – inspiring meetings with regional organizations and a presentation on agricultural risks in Malawi.

A new job: When I got back from my travels in early June, I saw an add for a very interesting job in Sidney, that would involve work on the Pacific Islands. Perhaps a long shot since it was for a quite highly qualified candidate, but the islands are interesting from a food systems perspective and Sidney is after all the no 1 city to live in according to international rankings, so I thought it would be worth trying. I drafted an application and was just about to submit it when I was offered another position in Washington with focus on the Africa region and more broadly on food and agriculture. It took another four months for the move to happen in practice, but if I would have gotten the offer a few weeks later, I might have celebrated the New Year in Sidney instead. Someone said that it seemed to be meant for me to stay in DC a little longer. I guess only time will tell! (The pic is from flying over Ethiopia’s agricultural landscape on one of my trips to Africa.) // Greece: 10 days of bliss on the gorgeous island Santorini! Perfect weather, fantastic food, and lovely people. I give it *****! // Break in Stockholm over the summer, enjoying the beautiful city, the company of friends, and Swedish fika (coffee, tea, or lemonade with snack). And of course my new kitchen in my little apartment that I mentioned in a post here (although I still need a kitchen table…) //  Copenhagen: quick stop on my way back to DC, visiting Camilla and Morten, and their little baby. 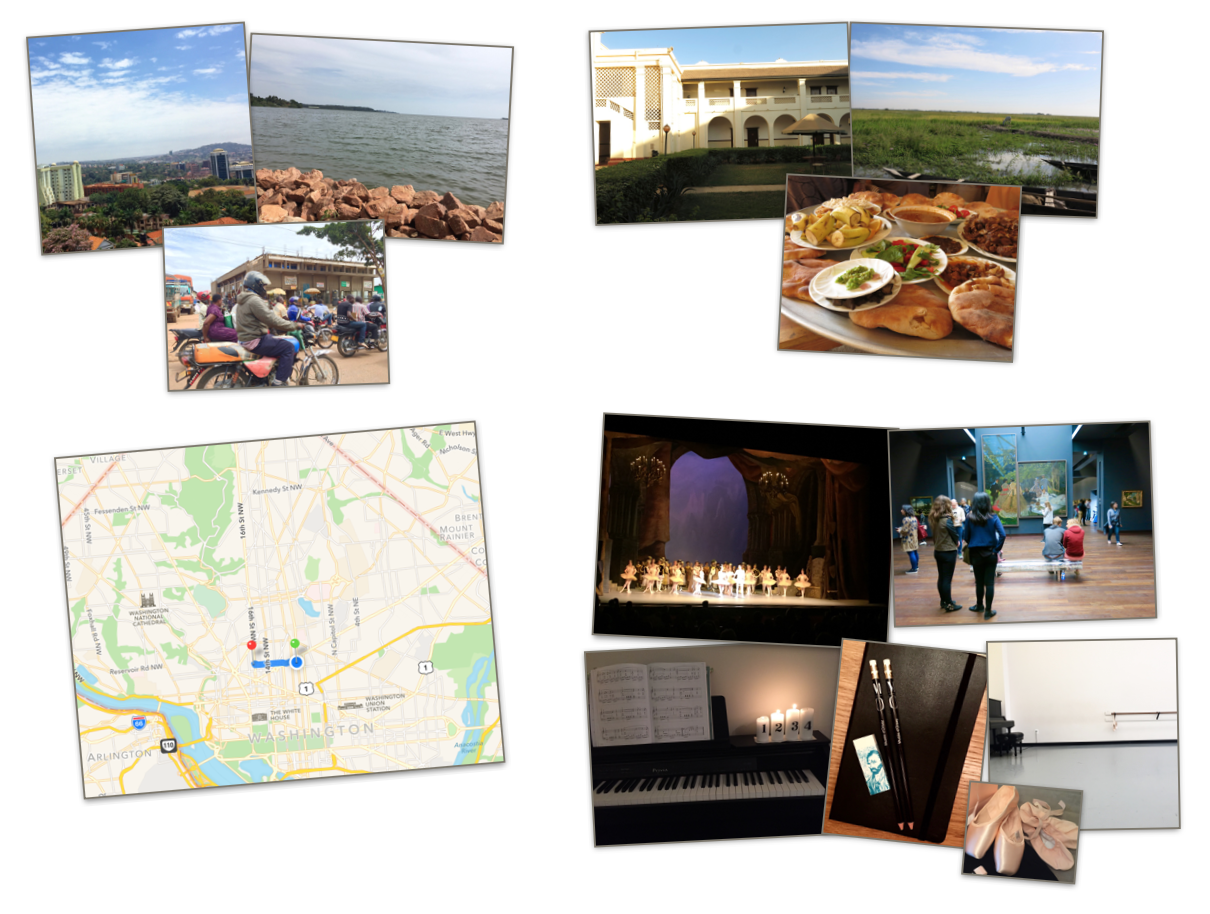 Uganda: possibly the country that gave me most awww this year! Buzzing, quickly adopting new technology, and with interesting art and culture here and there, Kampala definitely a cool place to visit. In my case, no less than twice in the fall. I haven’t been outside the capital yet, but I got to see Lake Victoria for the first time in my life and it is stunning! // Country no 50: The last new country that I went to this year was Sudan, which was also the 50th country that I’ve traveled to. I spent most of my time in the capital Khartoum but went into the rural areas for two days together with Government representatives, talking to farming and fishing communities. I also saw the Nile for the first time – incredibly impressive!  // Moves: I only moved 10 blocks and yet changed neighborhoods completely, from a beautiful but rather quiet area from which I could see the White House on a clear day, to a buzzing and quickly transforming part of North West DC that Washington Post named The District’s Best Dining Neighborhood of 2016.  I also moved into a new office in another building right across the street from where I used to sit. // Leisure: last but not least, I visited museums and and went performances (including St Petersburg’s incredible Mariinsky Ballet at DC’s Kennedy Center), and kept up with my art, with piano and singing lessons, ballet classes, and painting. Am I improving in any of these fields? Maybe a little, but I mostly do it just for fun and wellbeing!

In conclusion, I am ready to leave this year behind me! For those of you who wants to see more pics from this past year, check out my gallery on Instagram, @asagiertz 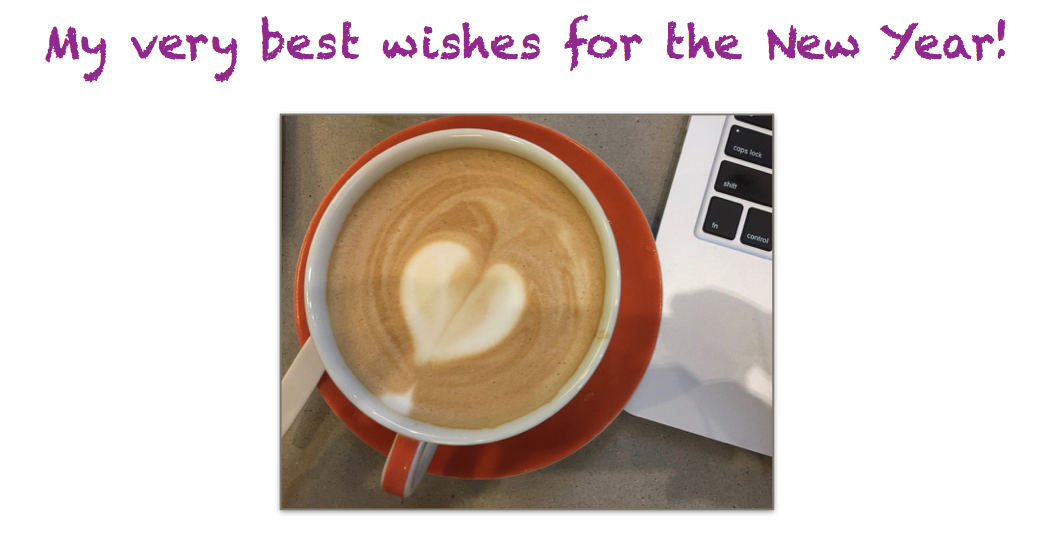