It doesn’t happen too often, but I have actually read this year’s Nobel Prize laureate in Literature, Jean-Marie Le Clézio. A set of short stories called “Mondo et autres histories” that my cara Carro recommended to me when we were book shopping at Gibert & Joseph in Paris a few years ago. (For those of you who know Carro, I don’t even have to add that the book was good.) 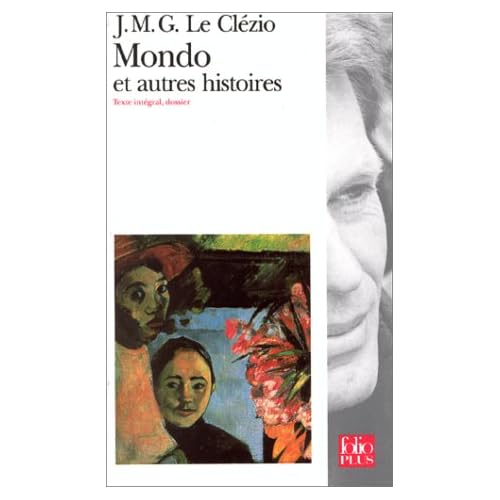 Despite the main ceremony being in Stockholm, the closest I have gotten to the Nobel Prize is to sing for different laureates at various events. For me, the most memorable occasion was without doubt when I together with a smaller ensemble from my Swedish choir did a traditional Saint Lucia performance for economists Clive Granger and Robert Engle (2003), and their families photographed us non-stop throughout the entire performance. The idea that my intellectual idols have photos of me among their memories from their Stockholm visit is of course indescribably cool for me (though I am fully aware how little this impresses anyone else!) In addition, Granger shed a few tears during one of the songs, which I thought was very touching.

Other than that, watching the cermony on TV is probably the closest I will ever get to the Nobel Prize, though I think it would be fun to go to the dinner just once. But unless I marry Prince Carl Philip, I do not really see how that will ever happen. In the meantime, I watch the immensely bizarre movie The Prize now and then. The movie, in which Paul Newman goes to Stockholm to receive the Nobel Prize in literature, is a tribute to post-war Stockholm and describes the city and its people as very modern and progressive for early 1960s, though Paul Newman’s semi-alcoholic character winning the Nobel Prize in literature is just a little bit too much for the Swedish academy. When he asks the first Swedish girl he meets if she wants to marry him, she simply answers: Well, we have a saying here in Sweden: Why settle for one dish when you can have smorgasbord? Instead of sipping campaign at receptions, giving interviews, and holding lectures at the University, Paul Newman quickly gets drawn in to a cold war drama between the East and the West. Needless to say, he gets the Swedish girl at the end, though the story does not tell if she gives up her ideas on marriage…

Due to the usual problems with internet in many transition countries, I could not post the screen here directly, but click on this link if you want to see Paul Newman charm a Swedish (female) diplomat. (Sorry, couldn’t find a more interesting clip.)