For me, one of the best things with traveling are all the people I meet. Like yesterday, when I met Louis Manuel who sells jewelry on the corner outside my hotel. He sells the blue larimar stones, which can only be found in the Dominican Republic and since blue is my favorite color, I couldn’t resist browsing a bit when I passed by his stand the other day. I was low on cash and I hadn’t had a chance to withdraw money, and I told him so directly. But we started talking and he told me that he actually goes down in the caves underground to fetch the stones that he makes the jewelry with. I’m not staying long enough this time, but he told me that if I came back, I could go with him to Barahona and get the stones. I asked if it wasn’t dangerous, and he said that it was a little dangerous and that he had two friends who had died in the caves. But, he said, what is life if we don’t live a little dangerous sometimes? True! He told me he had worked with making these jewelers for more than 20 years and since he didn’t have any children himself, he gave some of the proceeds to an orphanage. We talked a bit more about the stones and how they are marked by other minerals, and he gave me a small stone. He asked me to write down my name on a paper and then he wrote it in metal thread with a cutter. I asked if I could pay a little since I did still have a couple of dollars in pesos, but he said it was a gift. Needless to say, I went back the day after and bought a set of larimar jewelry from him. Here is Louis Emanuel in the corner of Calle Conde and Calle Duarte in Santo Domingo: 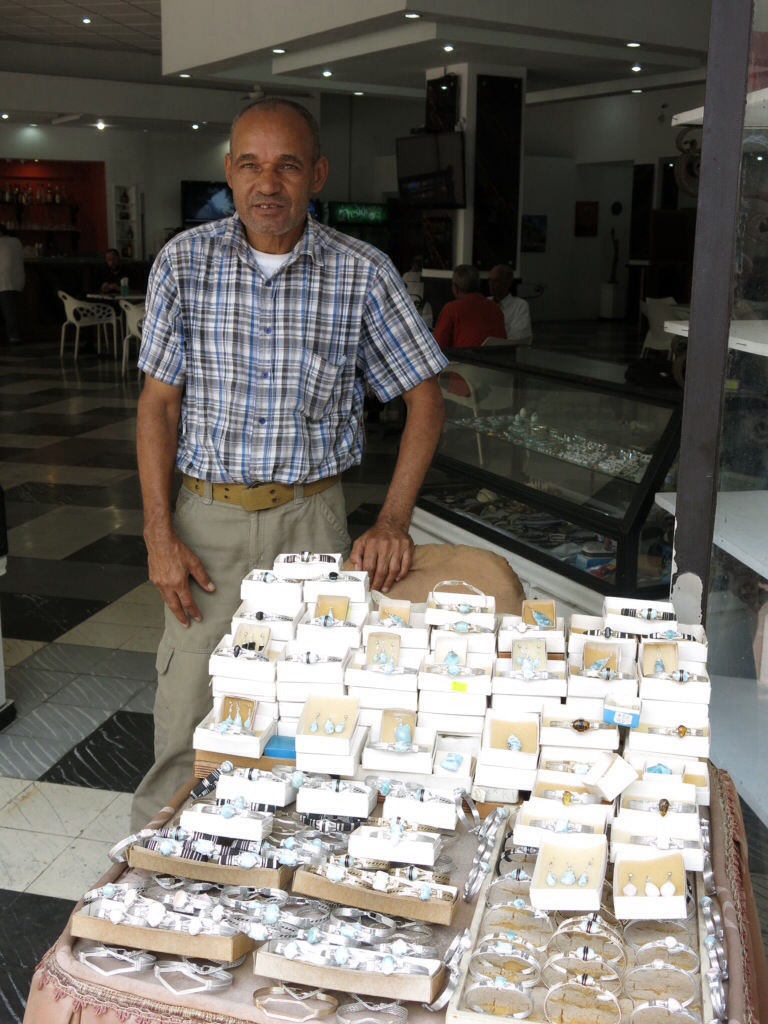 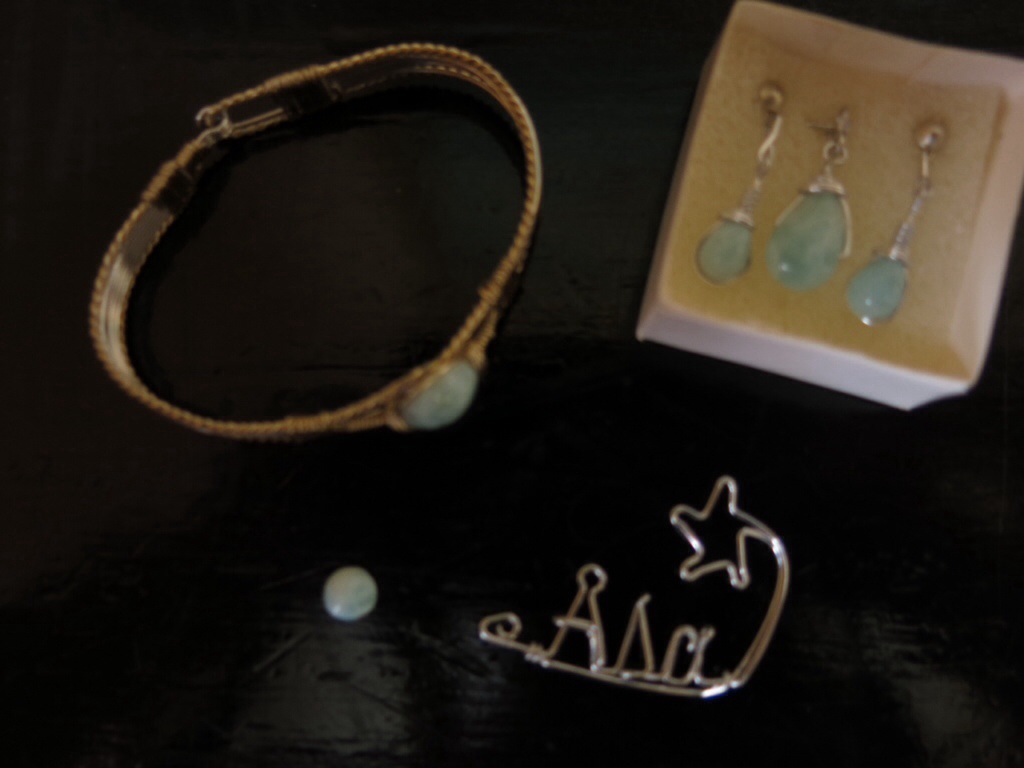