This weekend, my heart goes out to London and the UK. I can’t even imagine how it must be to experience three attacks in less than a few months. I don’t write every time there is a terror event in the world – there were so many this past week, including in Egypt, Afghanistan, and the Philippines, that I frankly lost count. But every time it happens, I feel horrible. It’s so senseless! I thought I would write something after my trip to Stockholm, about how Stockholm seemed to have gone stronger out of the terror attack that took place in April, when a car drove into a pedestrian street. But I find this unexpectedly difficult to write about. What was lovely in Stockholm was the small reminders here and there of what are our core values, namely openness, trust, inclusion, and tolerance. Although the flowers that people had put at the site of the attack were long gone, I saw small signs with positive messages that businesses had put up. The day that the attack happened, people used the hashtag #StockholmOpenDoors to help those that were stuck in the city during the hours that all transportation was shut down, and just like in Manchester, 1000s of people gathered just a day or so after the attack to manifest peace and community. And I think this proof of unity somehow gave more to Stockholm as a city than the attack took away from us. In fact, it may be the only way to survive such senseless violence and I hope that while less reported in the media here, people in other countries around the world do the same when terrorism strikes. To quote Swedish Crown Princess Victoria who, when asked how we come out of something like this, said: “Together!”

A few pics from an open Stockholm in the midst of cherry blossom season, with Stockholmers with roots from all over the world doing what Stockholmers like more than anything else: sitting in the sun! 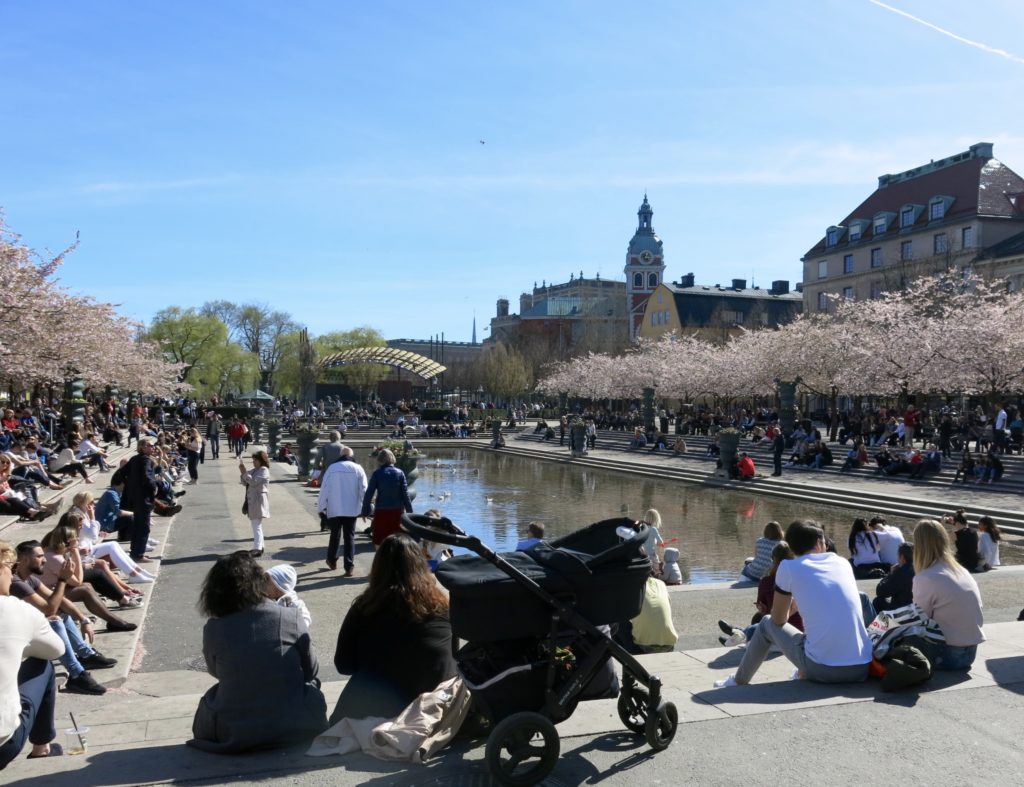 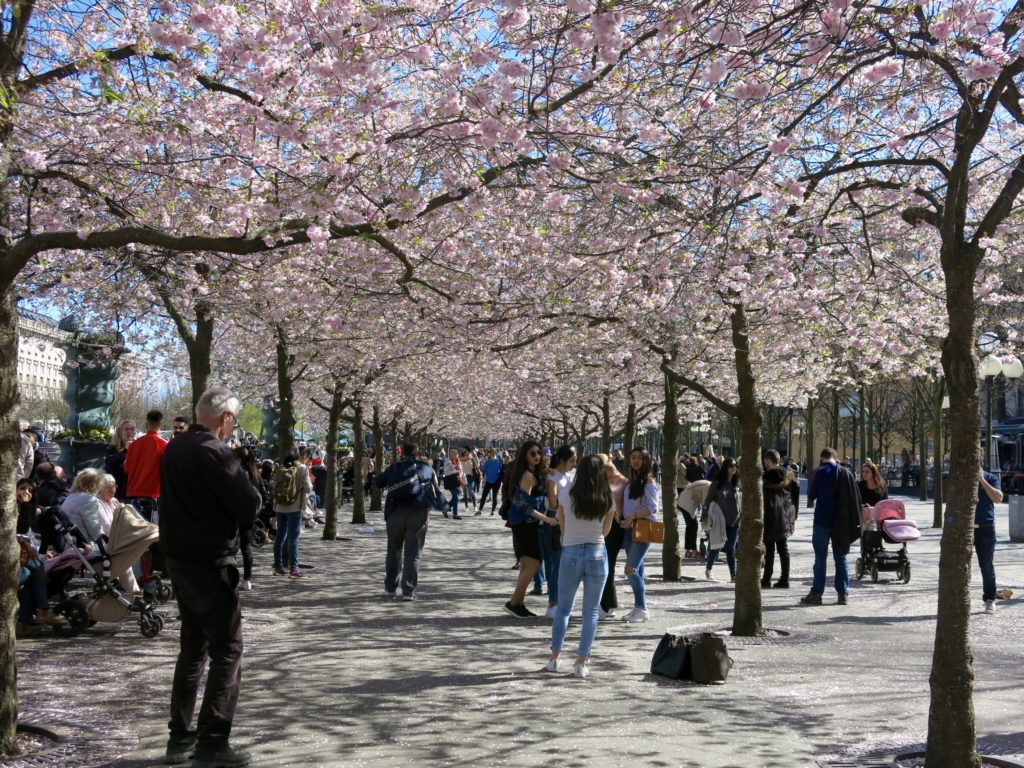 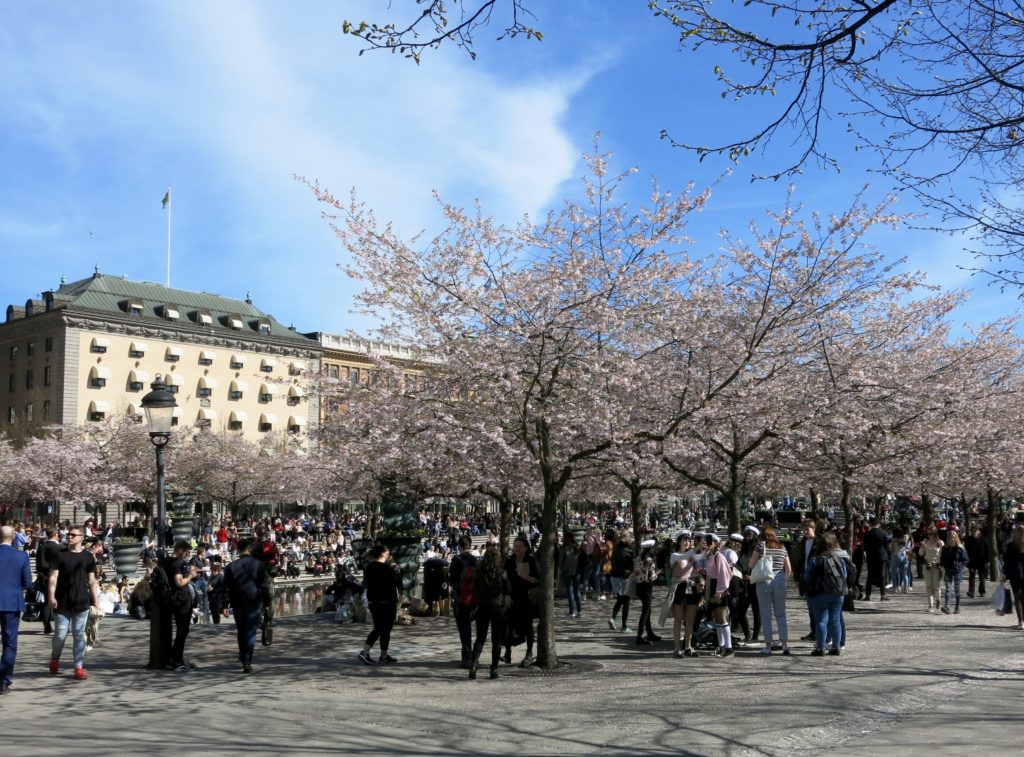 From Kungsträdgården in Stockholm, May 2017