I’m back after a two-week work trip in Rwanda. As always, I’ve been there for work in the agricultural sector, and I met with farmers, agro-processors public agricultural institutions, and other actors in the agricultural sector. I spent most of the two weeks in the capital Kigali, but I also went to Nyanza and Huye in the southwest of Rwanda, and to Gicumbi in the north. I met rice producers, a tea cooperative, an award winning coffee farmer, a potato seeds producer, visited a cassava processing factory, and much, much more. It was immensely interesting and, as always, I learned a lot!

The landscape is amazing and Rwanda rightly deserves the nickname the Land of a Thousand Hills. But this together with high population density in rural areas has meant soil erosion and Rwanda has struggled with landslides and soil losses, especially during rainy seasons. In order to revert this trend, intense work has been carried out to terrace the slopes and I’ve never seen anything like it anywhere. One of the photos below shows how the entire landscape had been transformed into terraces to save the soils on the hills.

So I really enjoyed my two weeks in Rwanda! The people that I met and worked with were very nice and shared so many interesting insights to Rwanda’s multifaceted history. We stayed at Hotel Des Mille Collines, which incidentally is the hotel depicted in the movie Hotel Rwanda. (It can be noted that my colleague told me that the story and its main characters are less black and white than in the Hollywood version, but most stories are.) Since I was there for work and only did just that, I didn’t have a chance to see the gorillas this time, but fortunately, it’s not my last visit to this spectacular country. 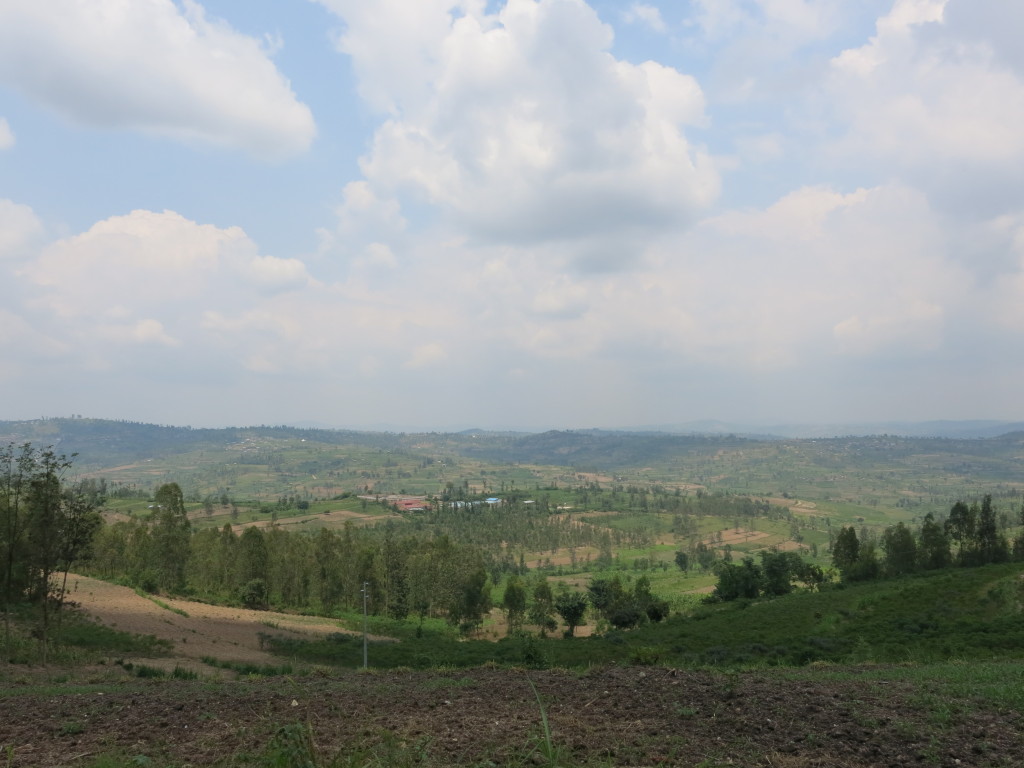 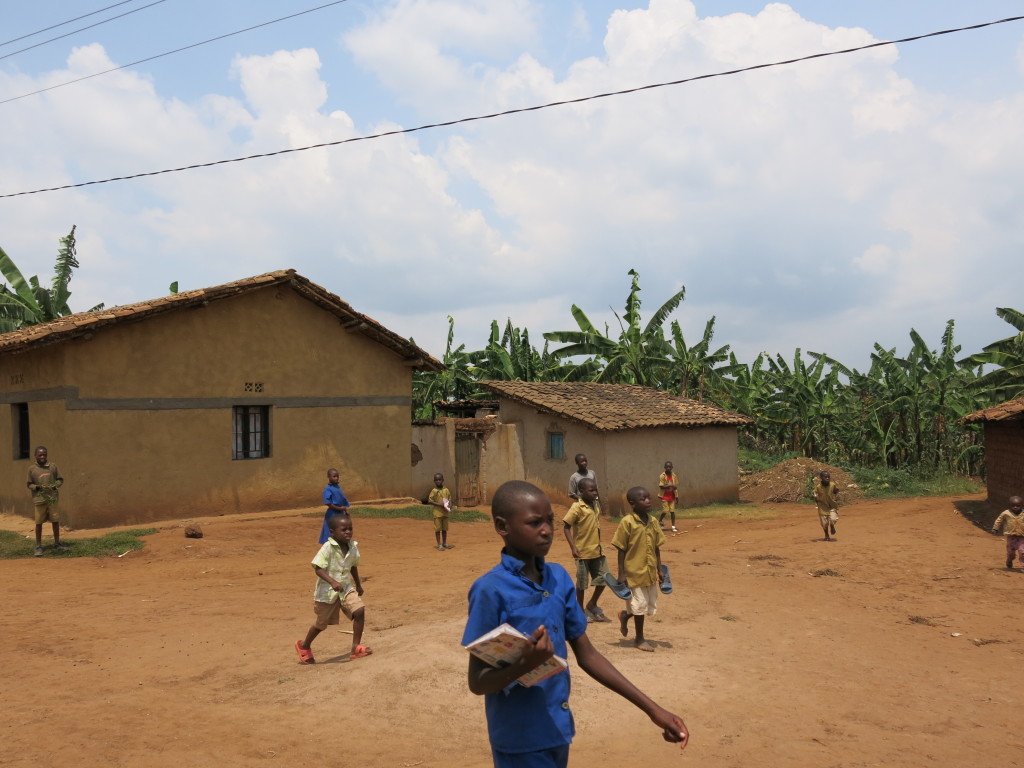 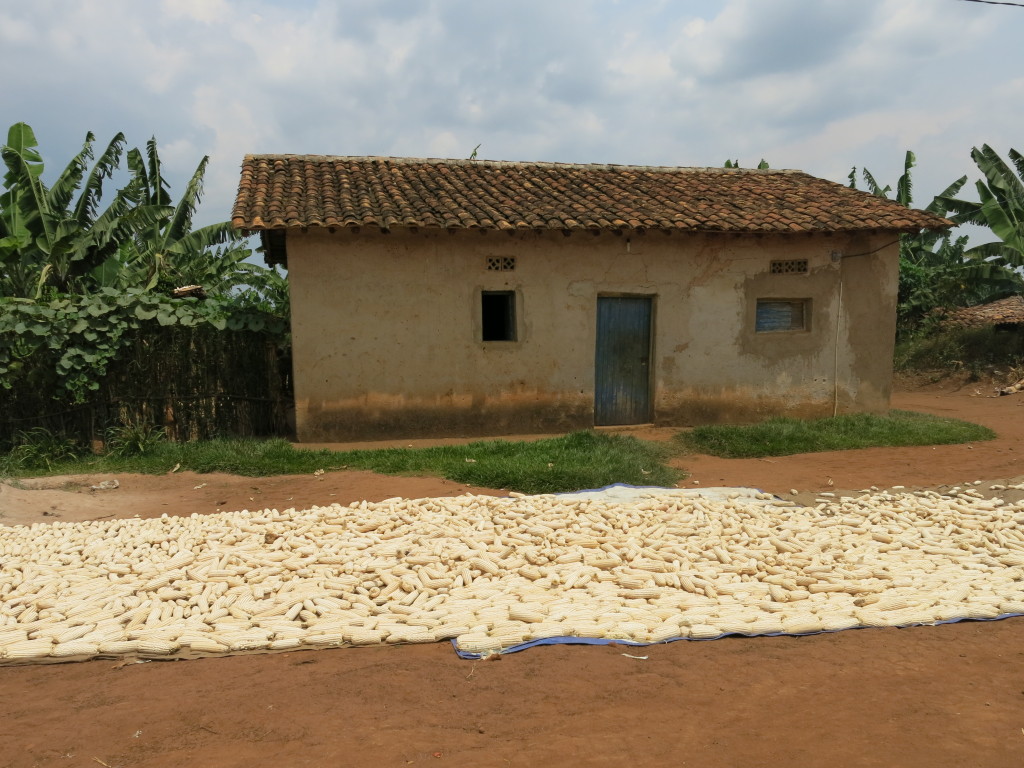 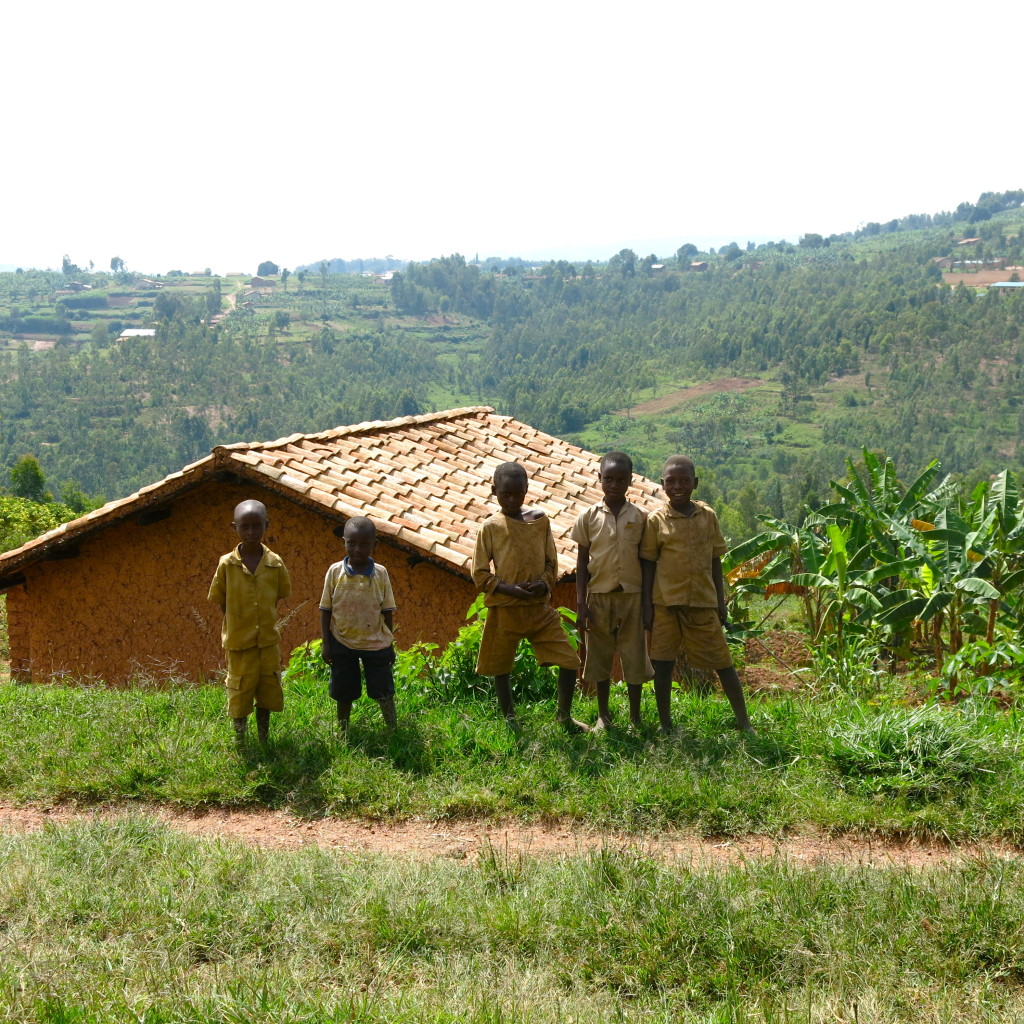 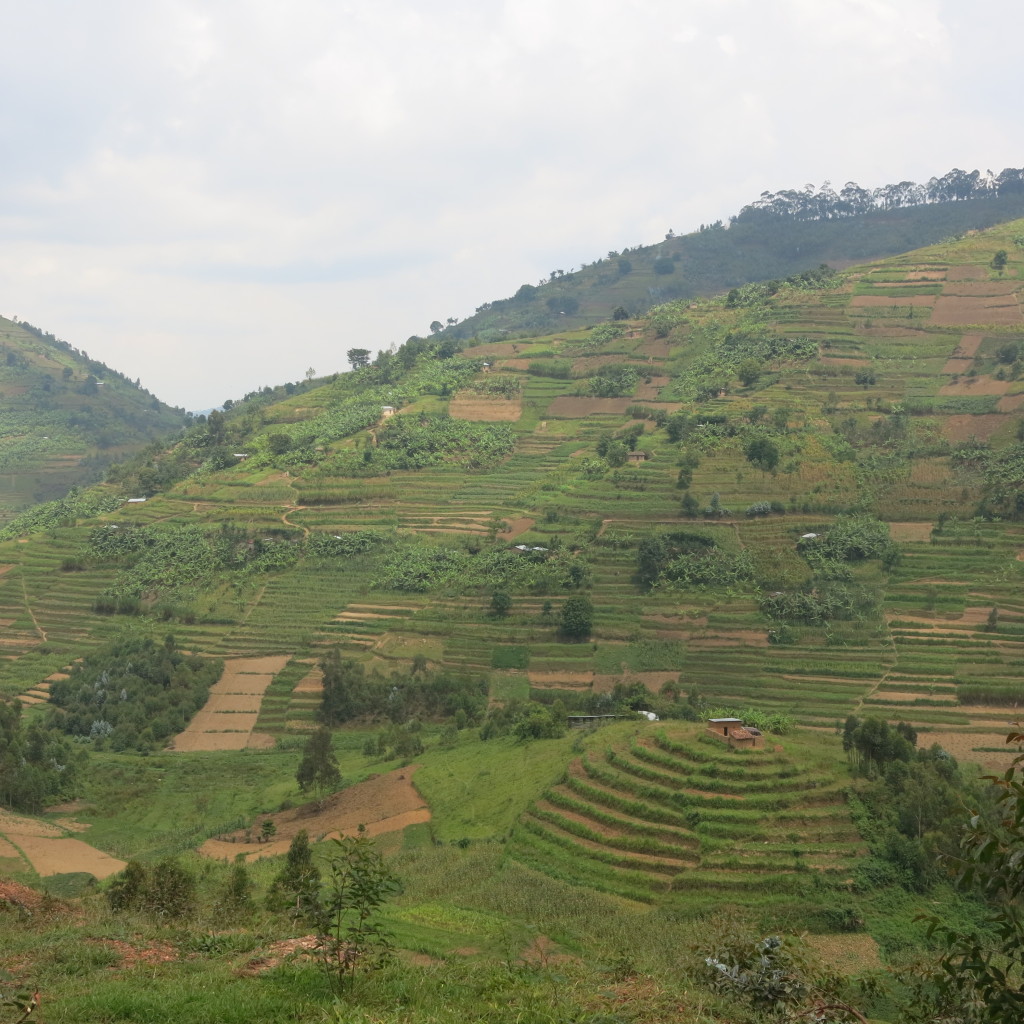 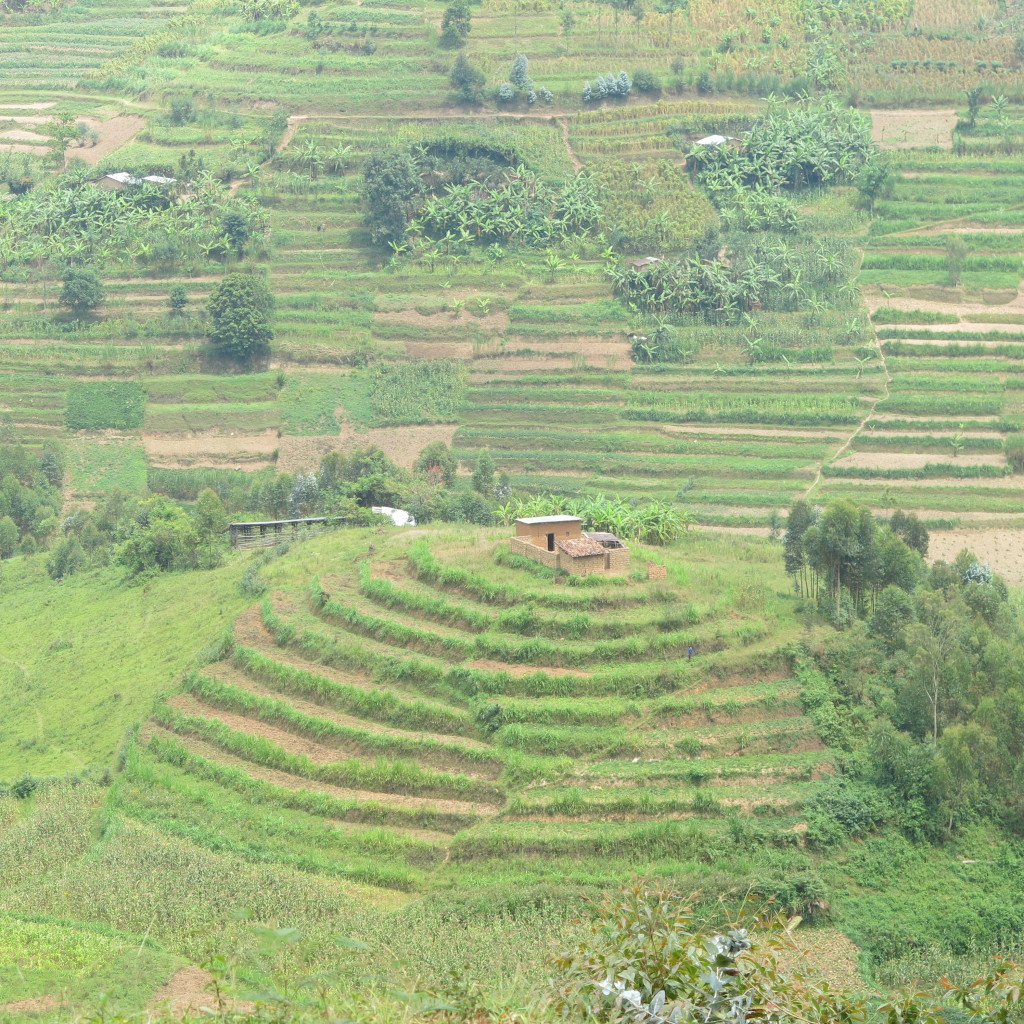 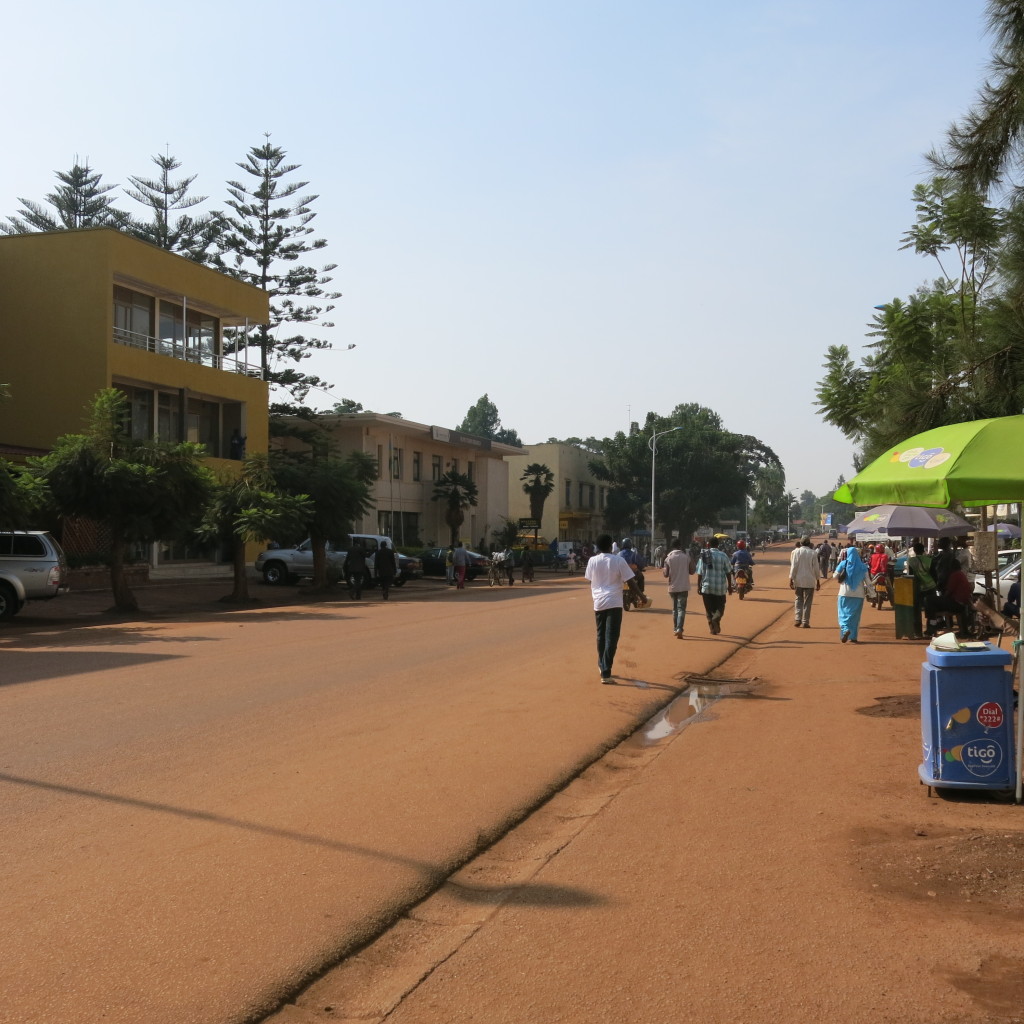 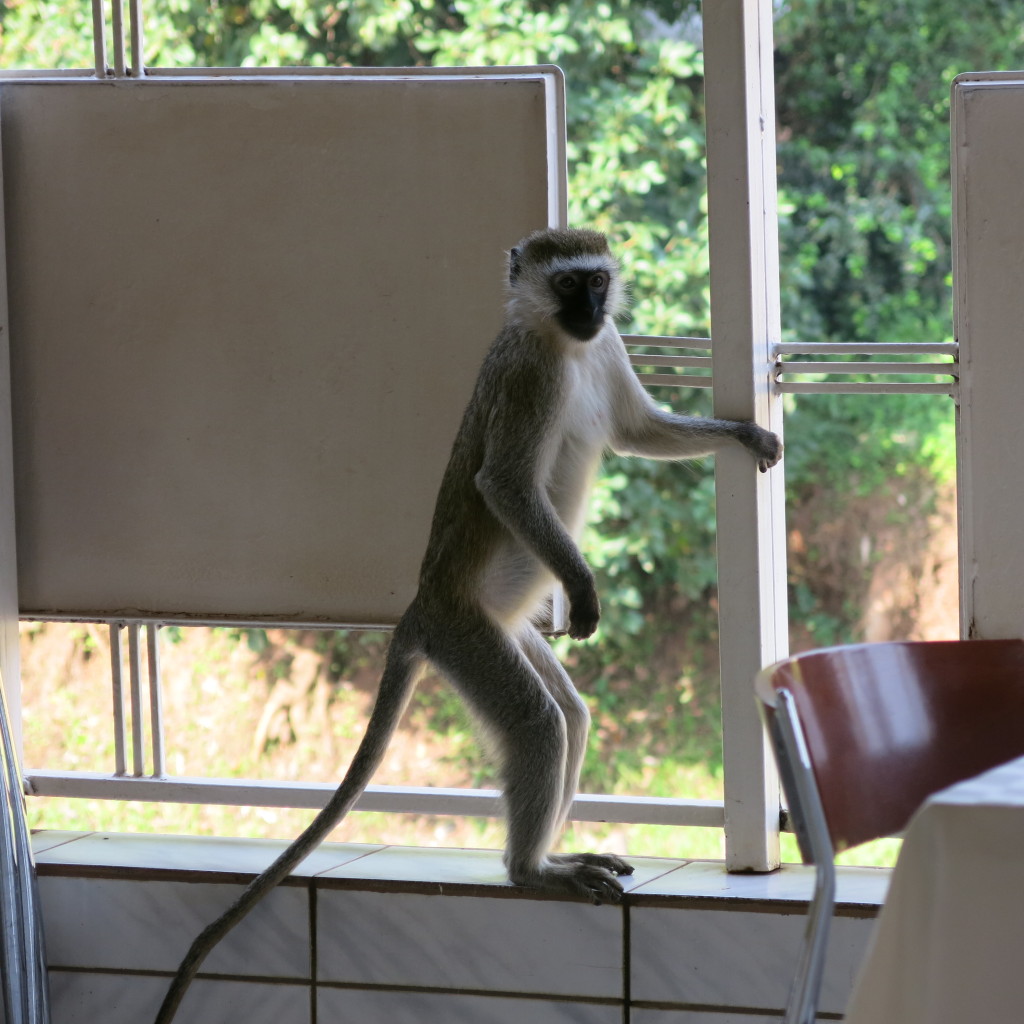 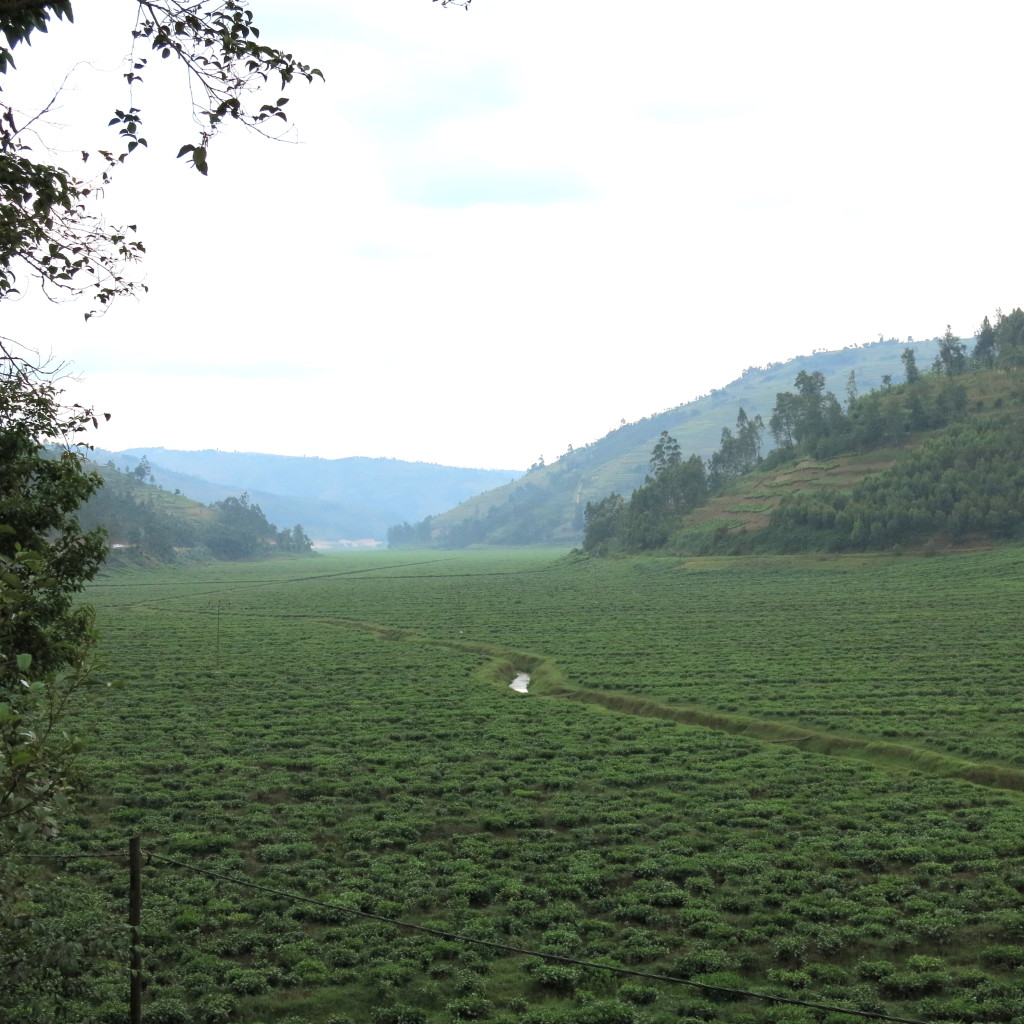 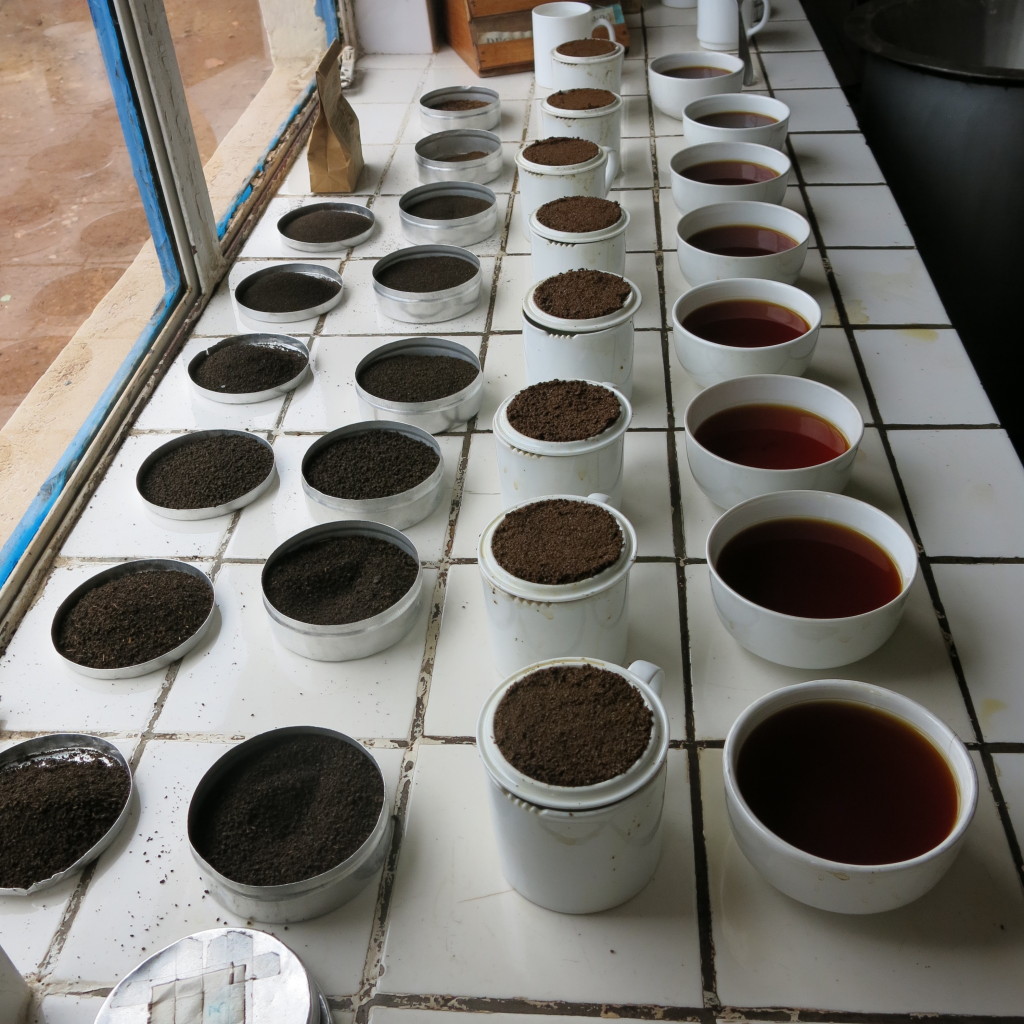 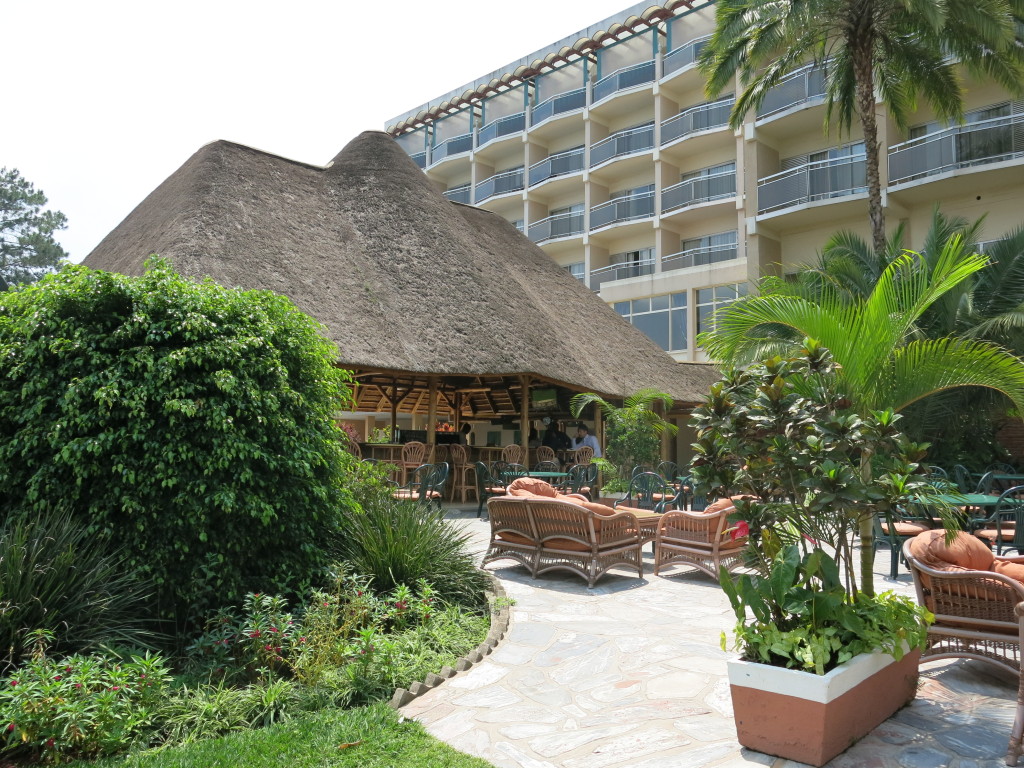 Apologies for the quality of some of the photos, I took them through the window of a moving car… From the top: Rwanda – Land of a Thousand Hills // Students on their way from school // Cassava drying on the roadside // Curious kids // Amazing terraces // Huye // Sneaky monkey steeling breakfast from the guests at our hotel in Huye // Tea cooperative plantation in a valley // Tea processor testing every batch // Hotel Des Mille Collines.