Since it was Sweden’s National Day this week, I thought I’d share with you possibly the most Swedish snack: crispbread. Cheap, non-perishable, and healthy, they are a staple in Swedish households. Originally round and with a hole in the center so that they could be hung above the fire to dry, these days, they come in many of different shapes in Sweden. Abroad, the brands Wasa and Leksands have found their way into most supermarkets and cost about 2-3 dollars a package with about 25-30 crackers in each package. They are also packaged neatly into paper-only packages, so no plastic or mixed materials, and little waste.

However, the reason I stick with them is the ingredients they are made of: various combinations of wholegrain rye flour, regular rye four, yeast, and salt. That’s it! A rarity these days when the list of ingredients in breads look more like a list of a chemical experiment. And while filling, every cracker is about 30-60 kcal. I have them for breakfast in the weekend, or with soup or a piece of fish like salmon or herring, for lunch or in the evening. Here is what they can look like chez moi: 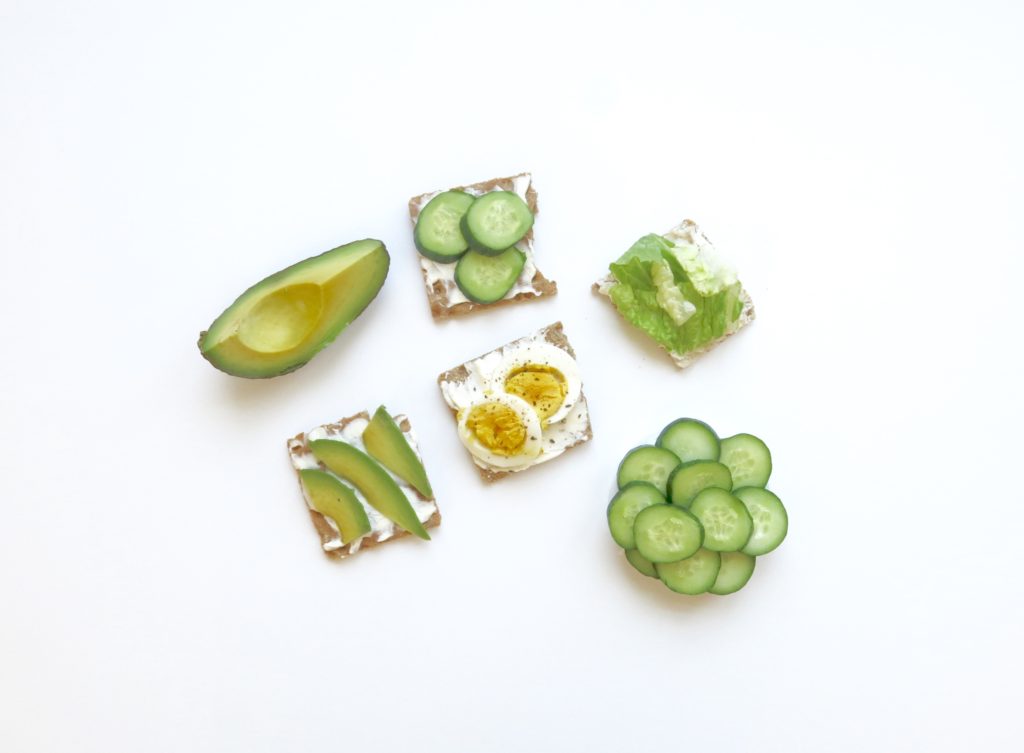 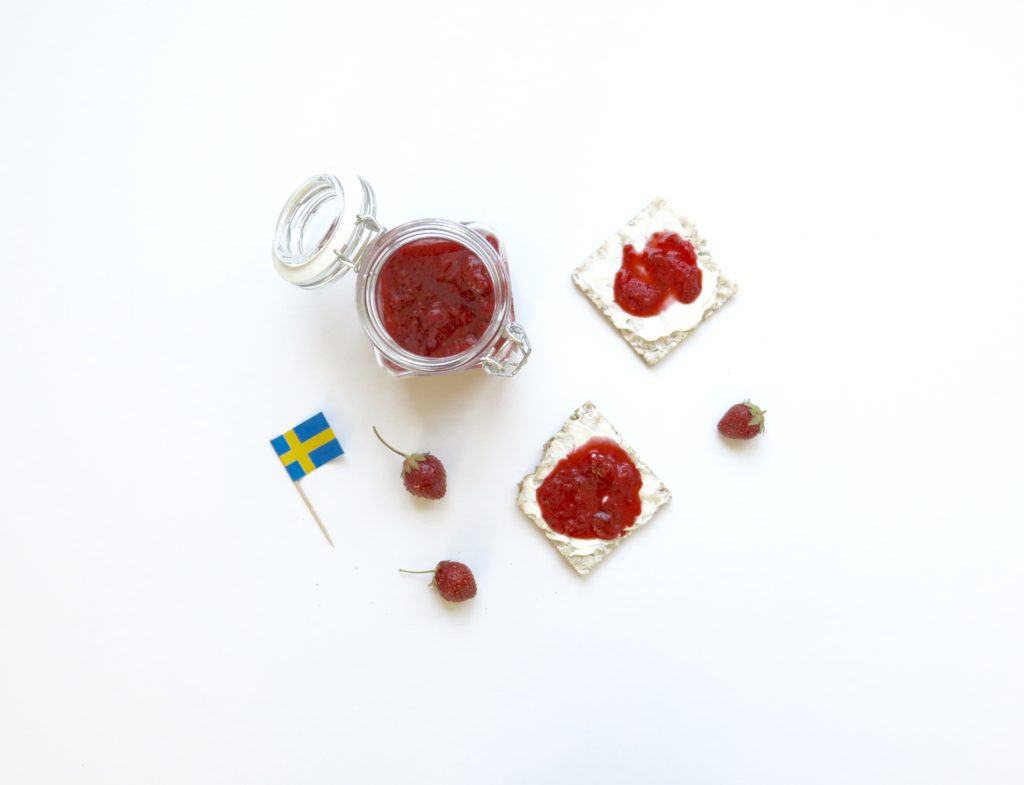 This poster met me when I came to work the other day. End Poverty: Take On What You Want To Change. It reminds me of what Emma Watson said at the UN the other day: If not me, then whom? 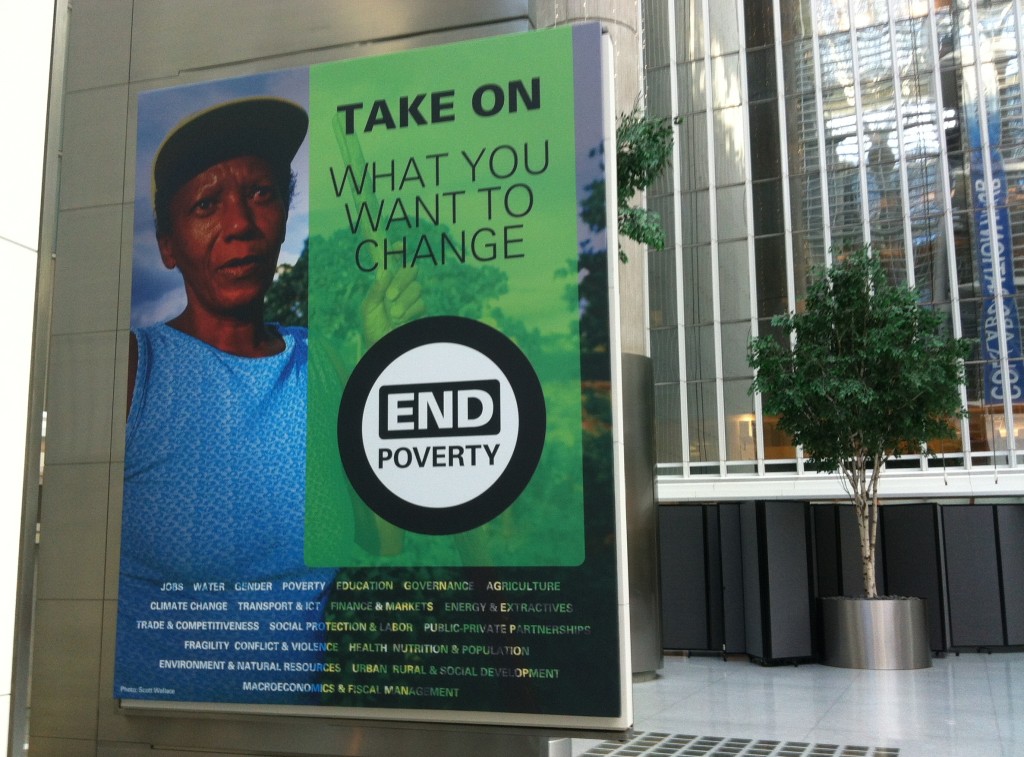 Yesterday I took at boat tour to Saona Island, which is part of a national park a few hours away from Santo Domingo. To be honest, it wasn’t the best arranged tour I’ve been on, and it took three and half hours before we even got to the place where the boat picked us up (including a 20-minute stop at a low-quality but expensive souvenir shop with commission for our tour guide). But I forgot all of that as soon as I saw the water! The colors shifted from from turquoise to deep blue and green, and it was warm, calm, and soothing. I was completely hooked and am already planning for my next vacation in the Caribbean: a beach holiday with day tours to towns instead. Here is paradise overload: 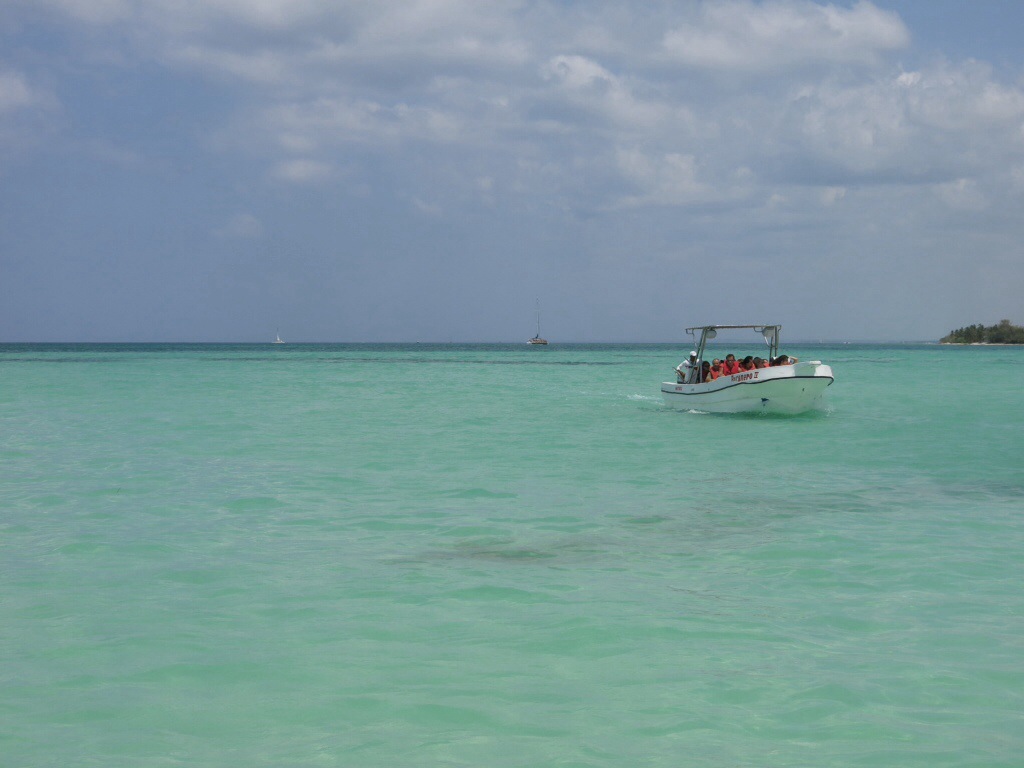 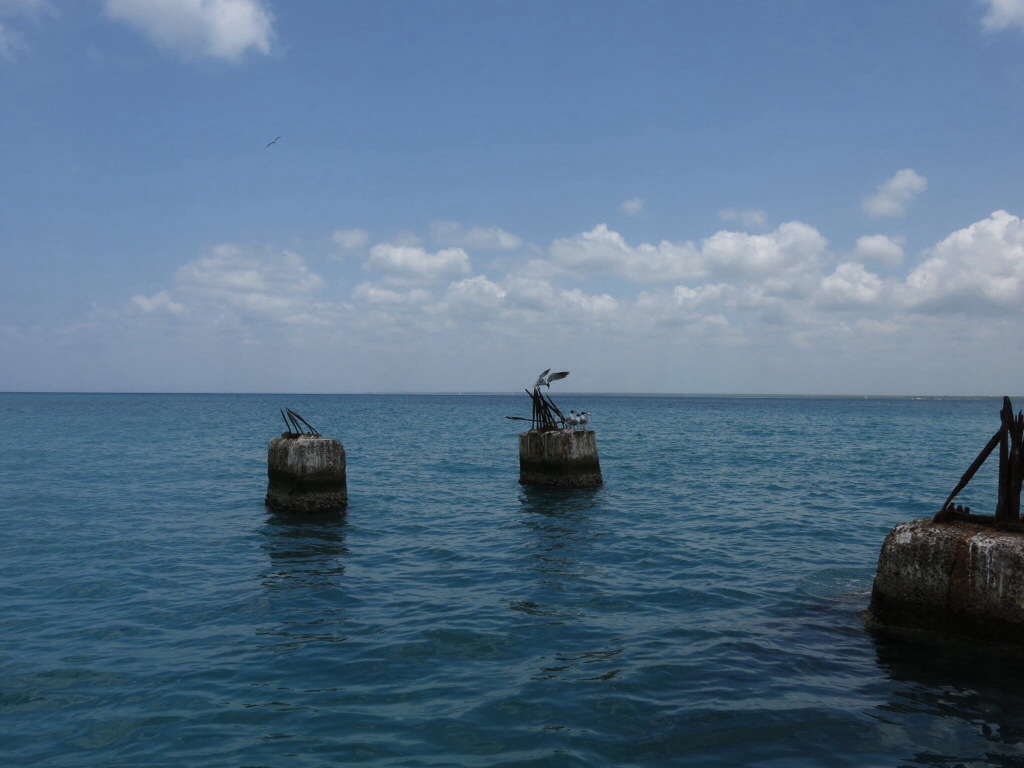 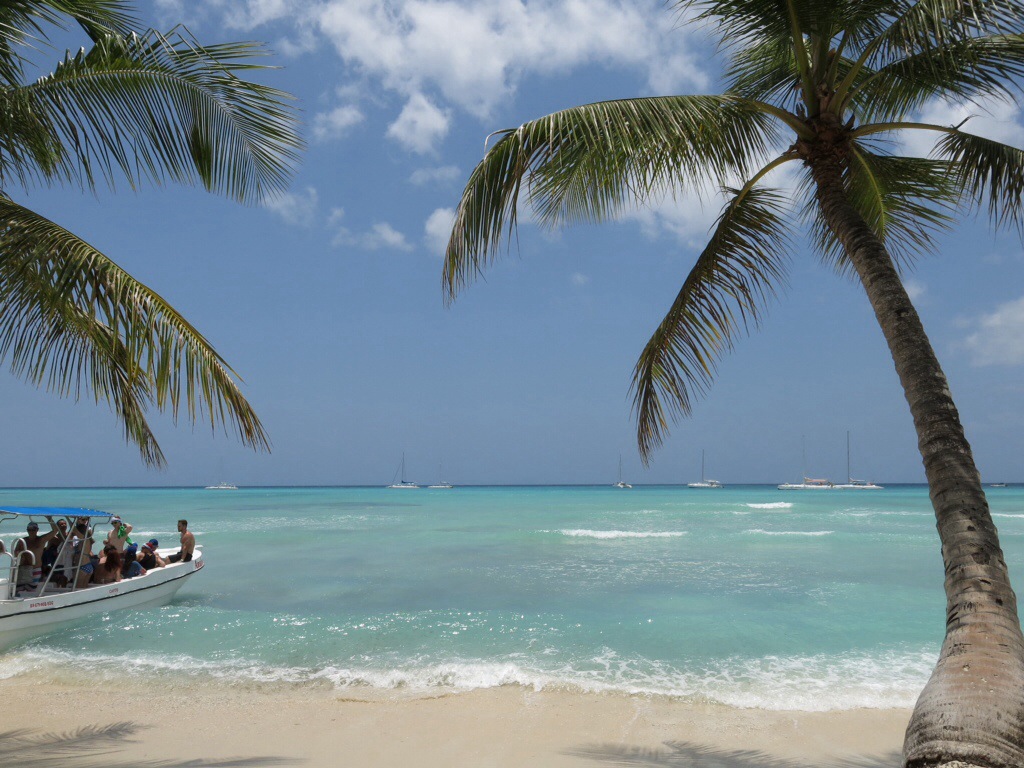 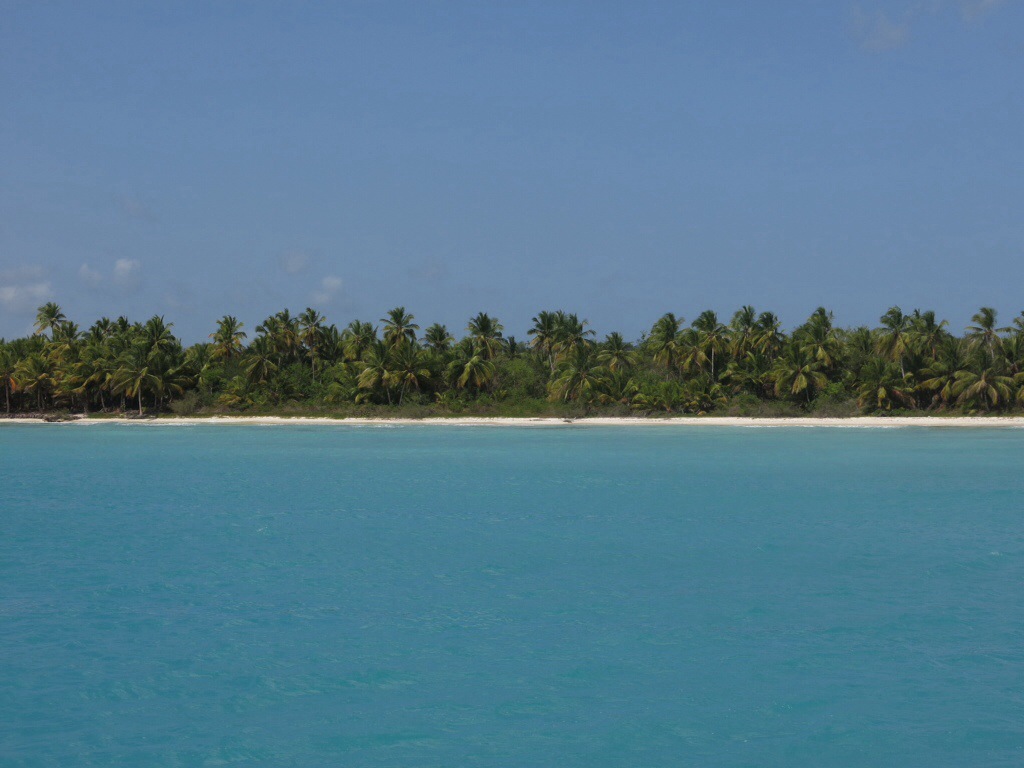 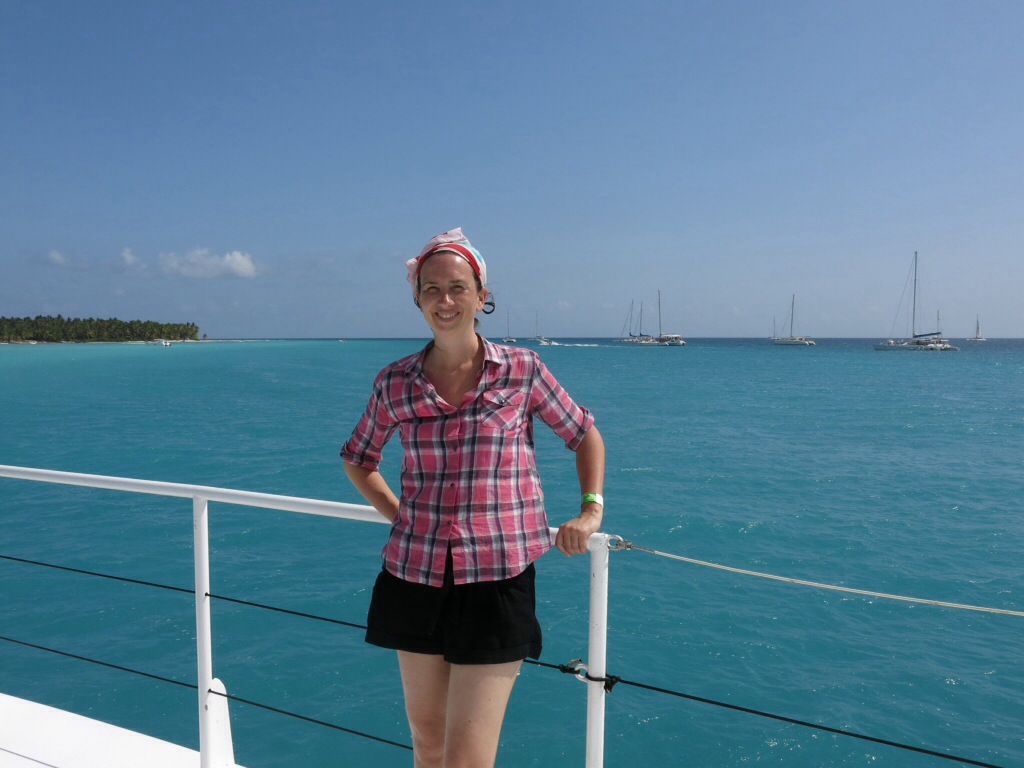 Here are a few more pix from my wonderful weekend in West Palm Beach. From the top: Kites, surfers and seashells in the sunshine at Jupiter Beach, a lizard on the sidewalk, car show in downtown West Palm Beach, fresh guacamole made at the table, at Rocco’s Tacos, lamps, Ra Sushi, Anna’s b-day cupcakes, the Intracoastal Waterway and V’s patio. 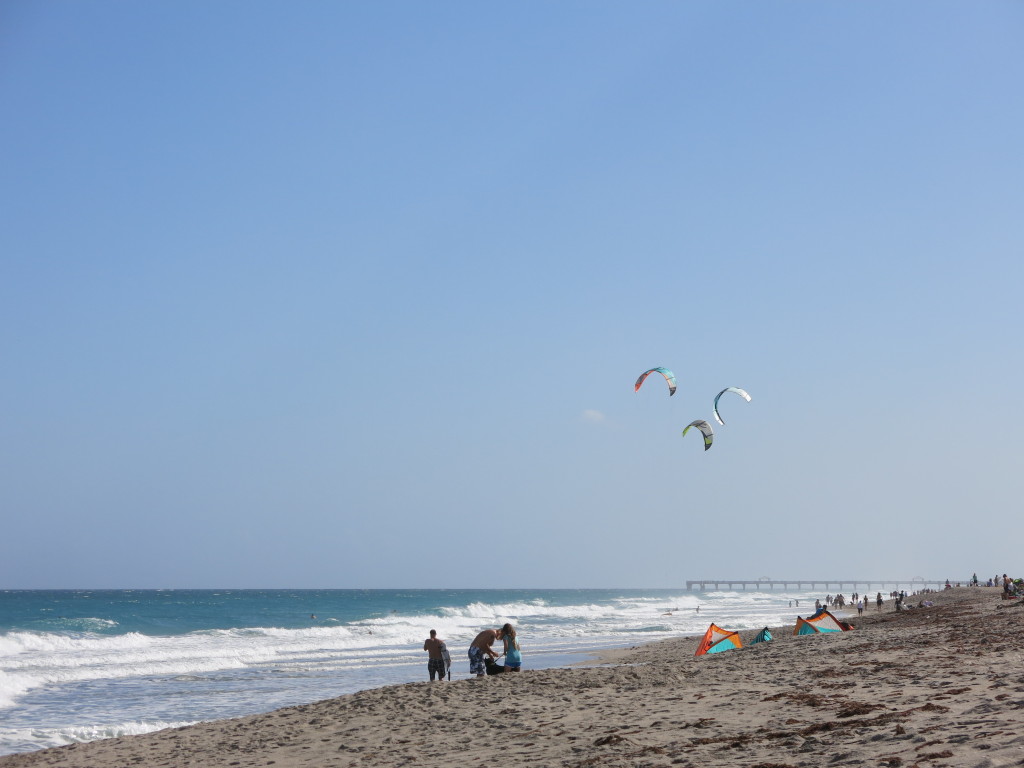 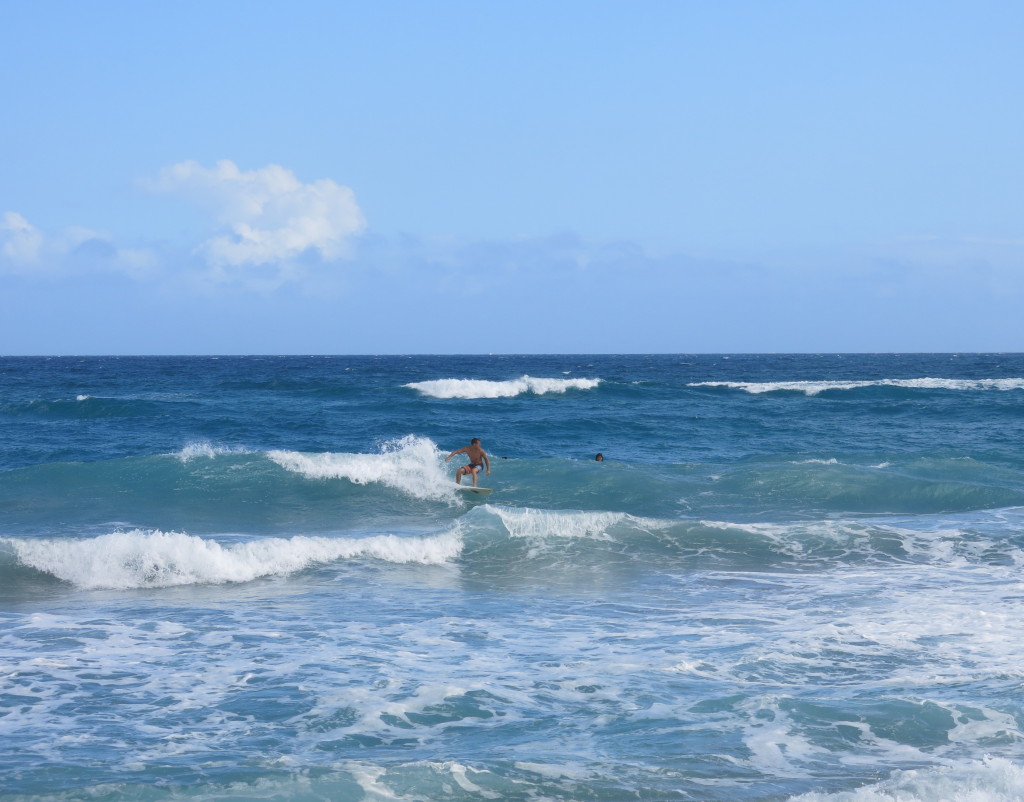 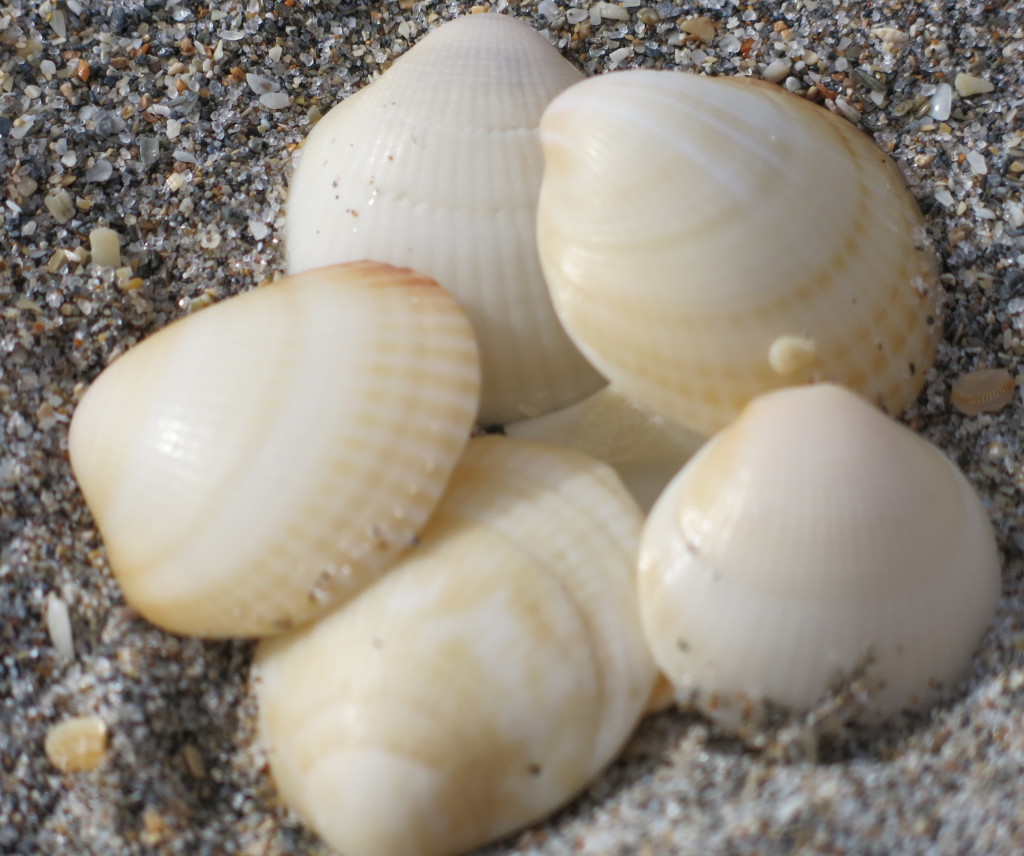 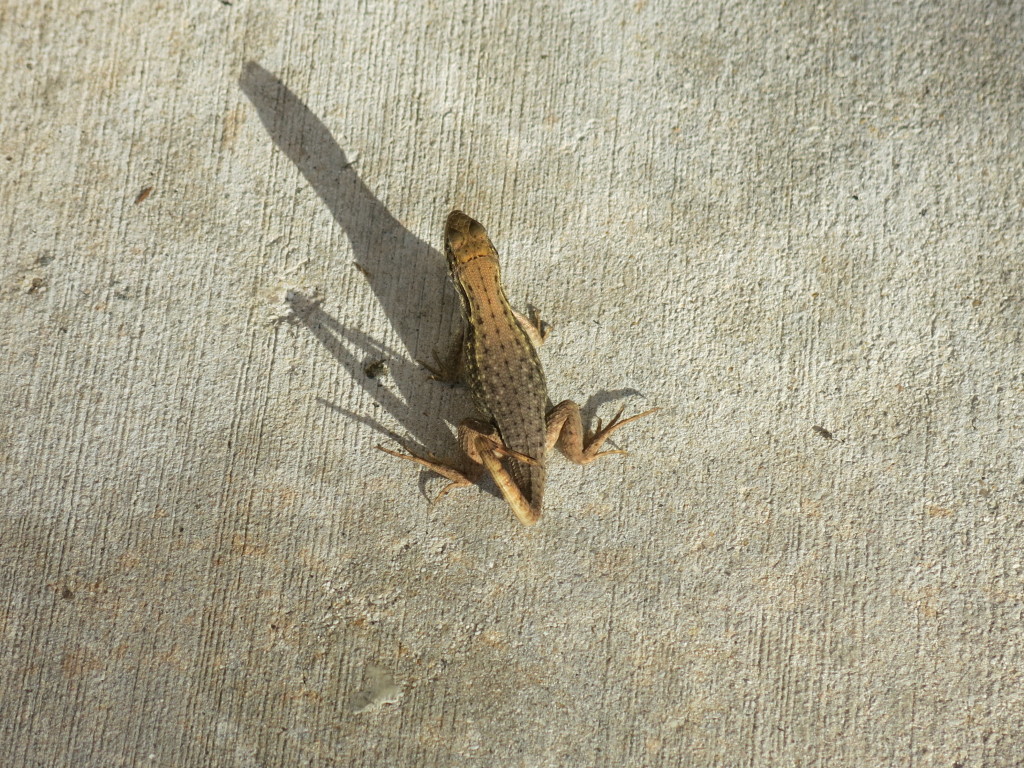 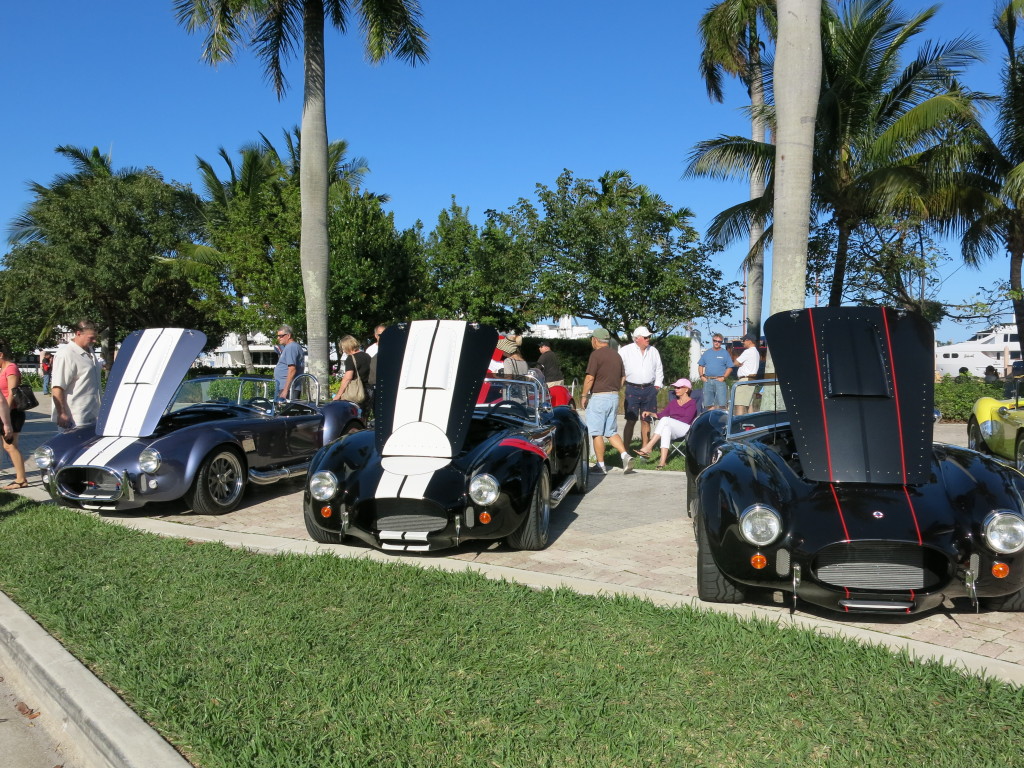 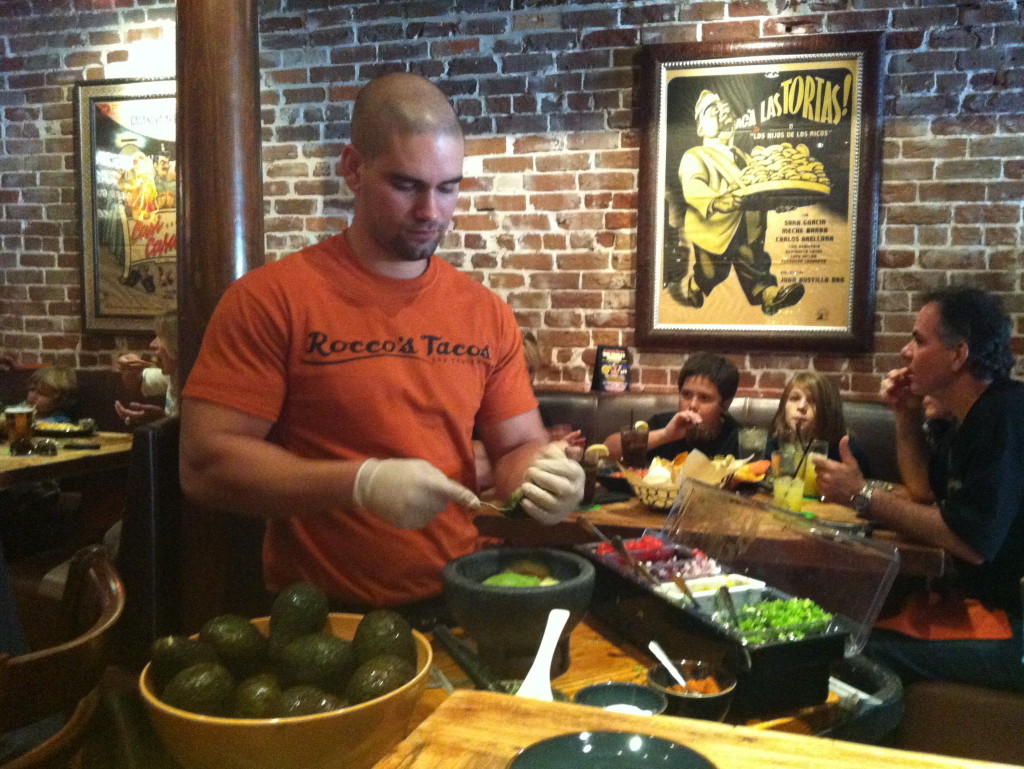 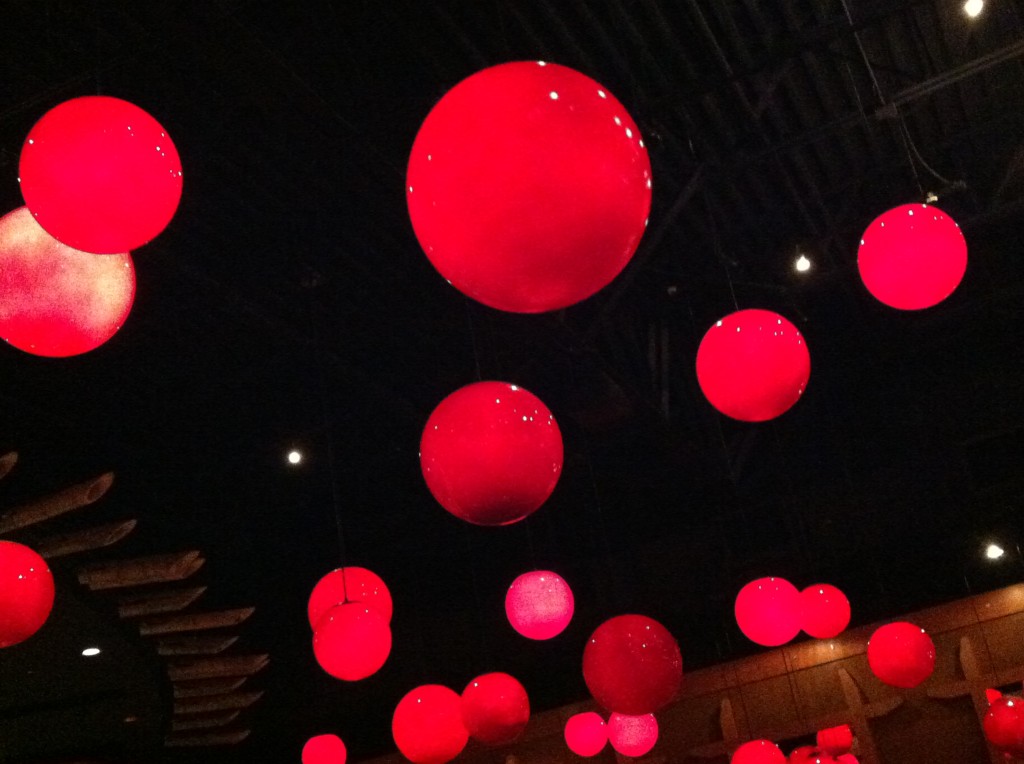 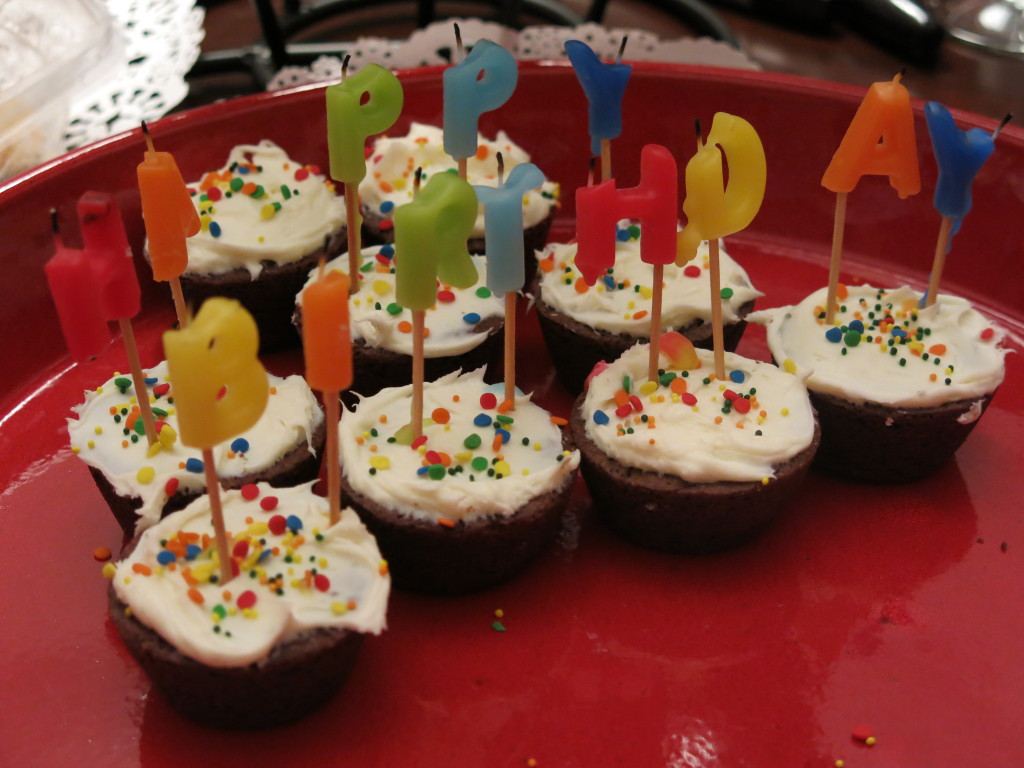 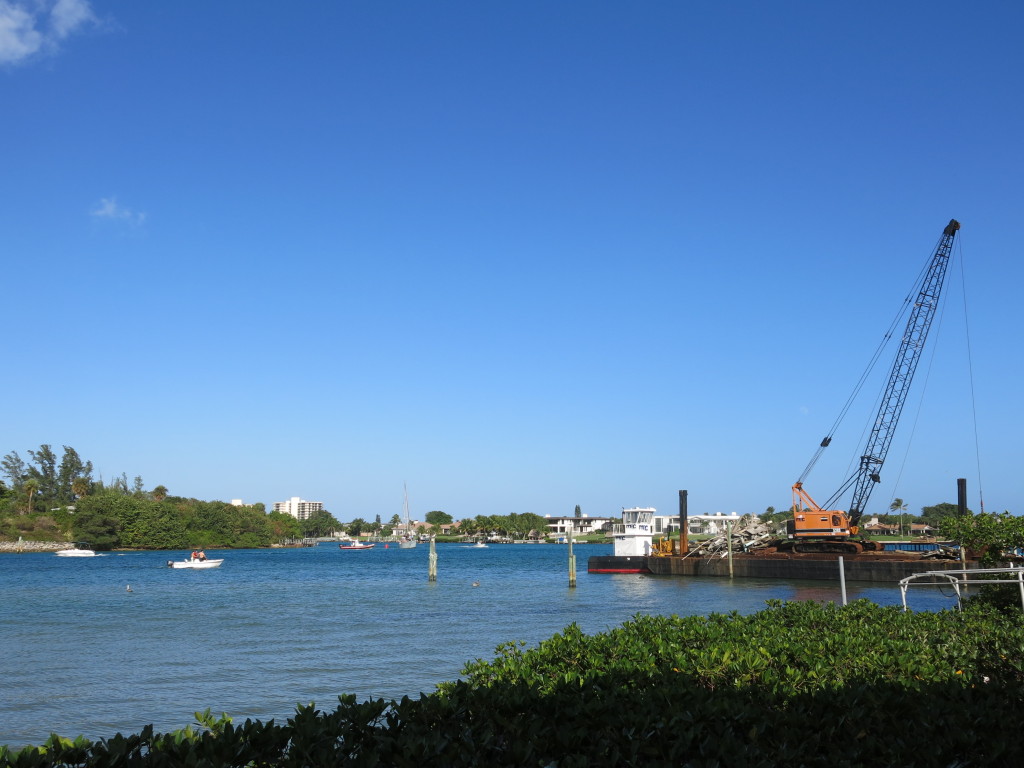 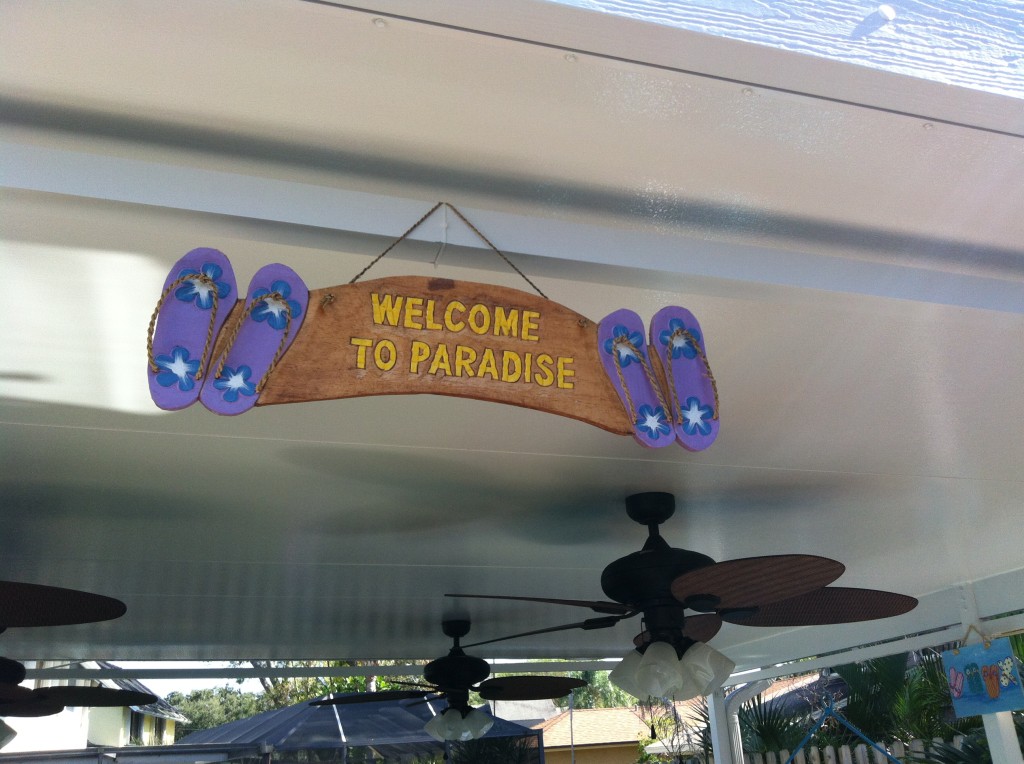 Almost the best this weekend was V’s backyard patio. Recently renovated, it was like an oasis and once I sat down in one of the outdoor sofas, I just wanted to stay there all weekend! 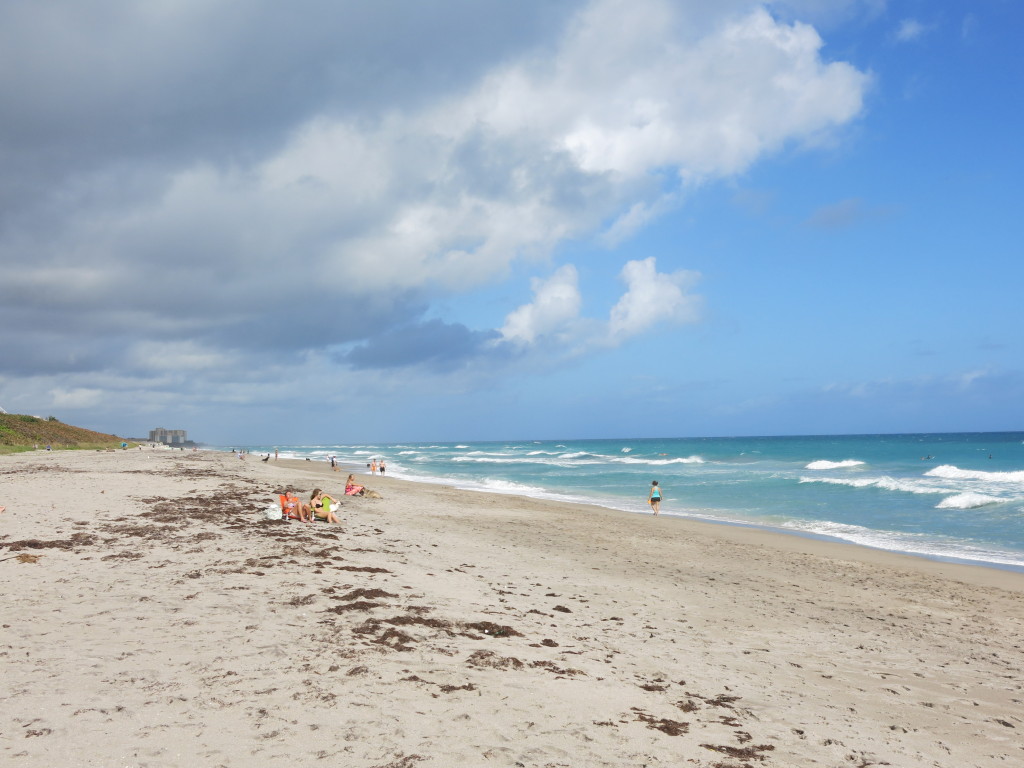 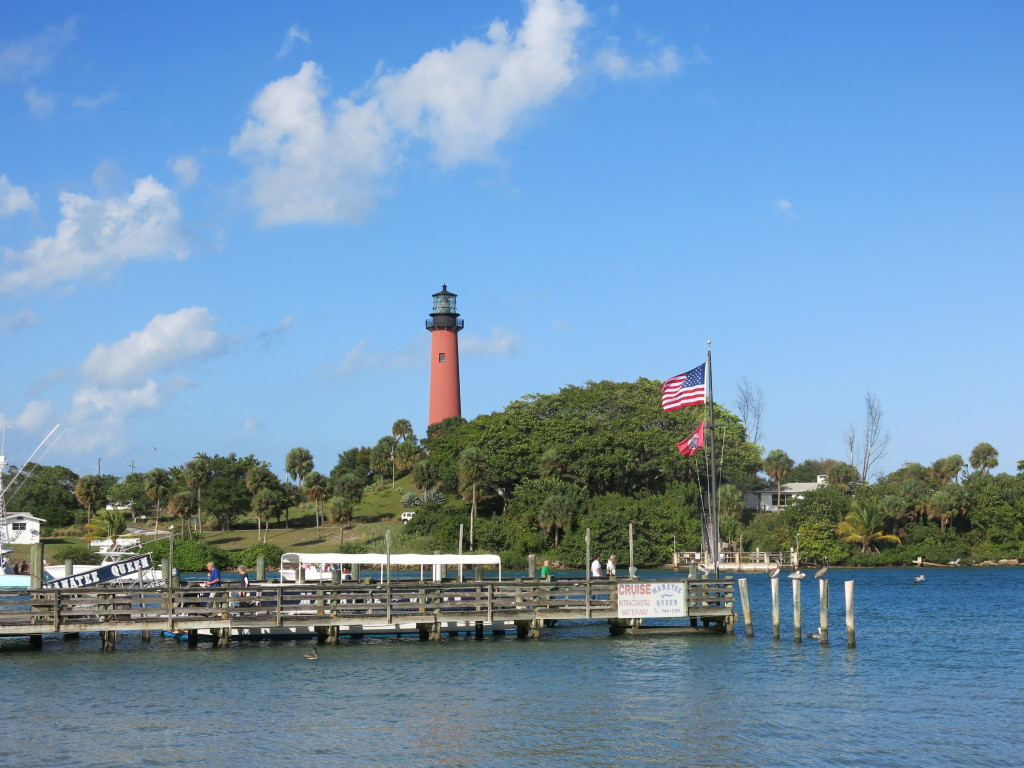 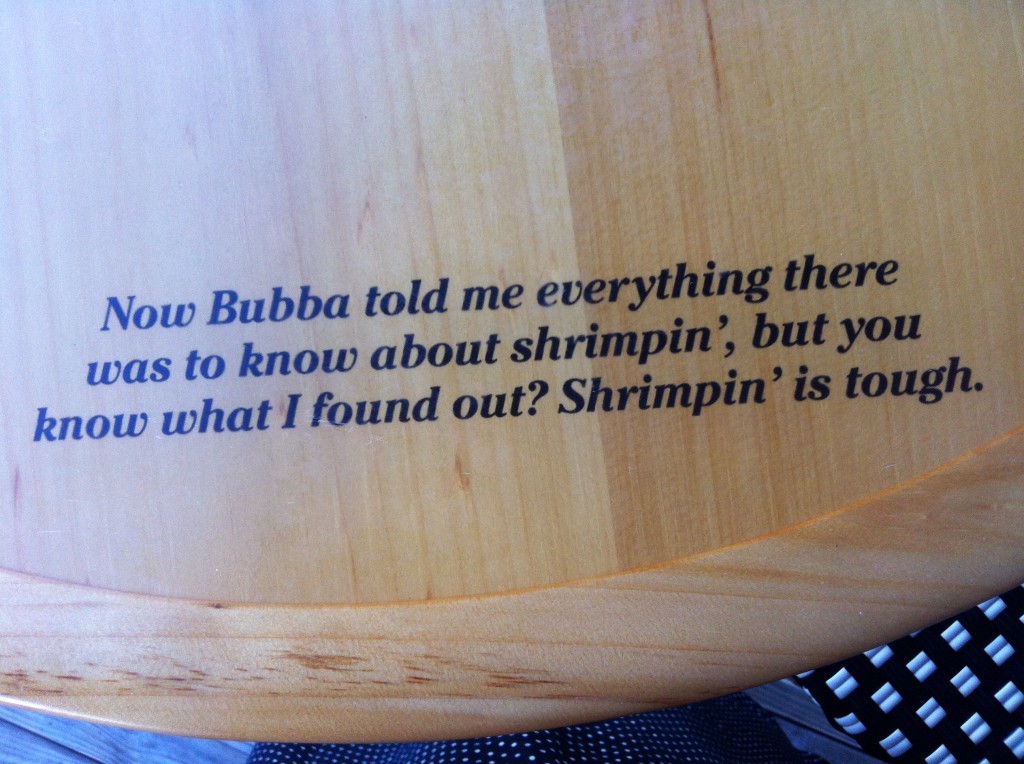 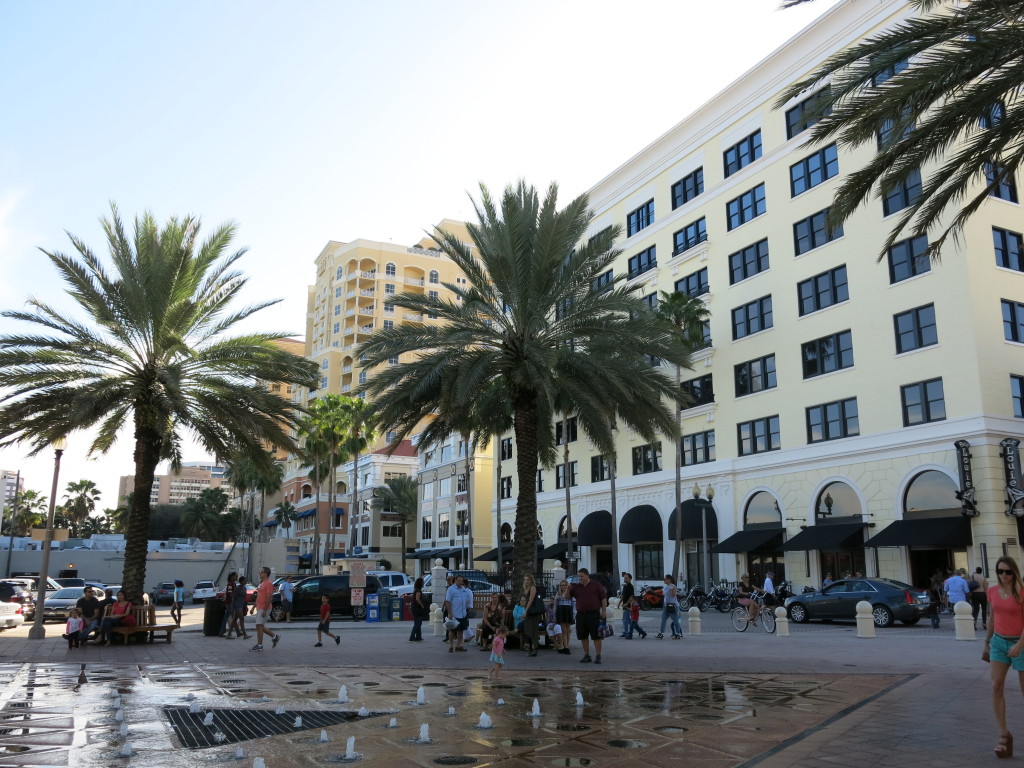 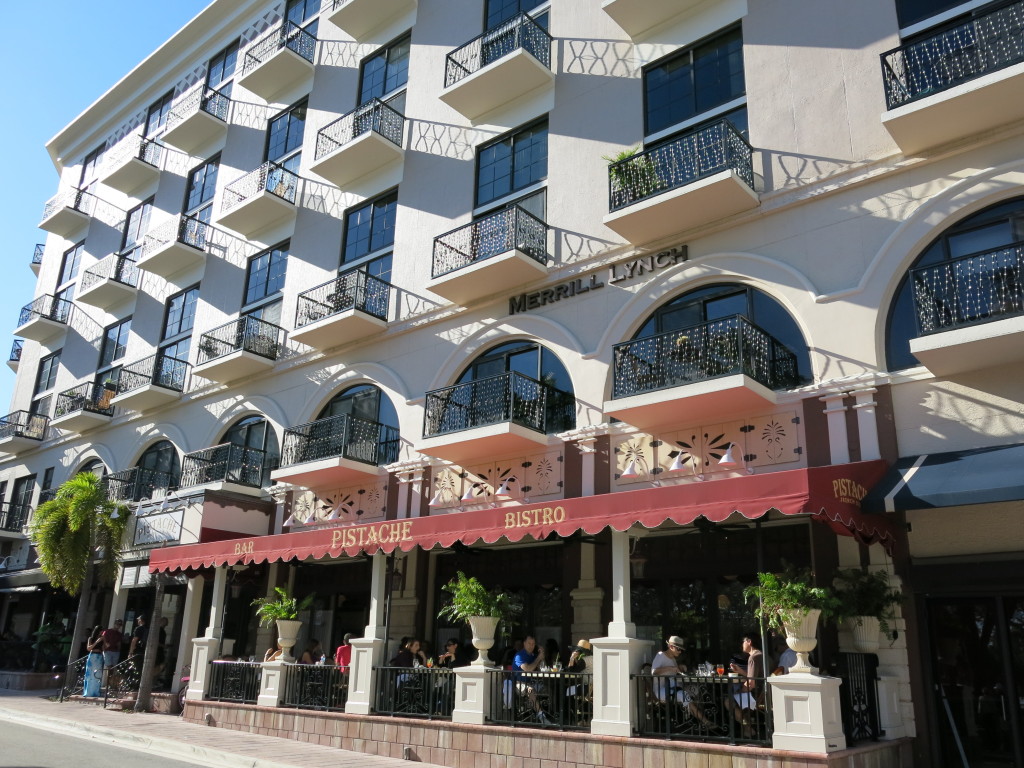 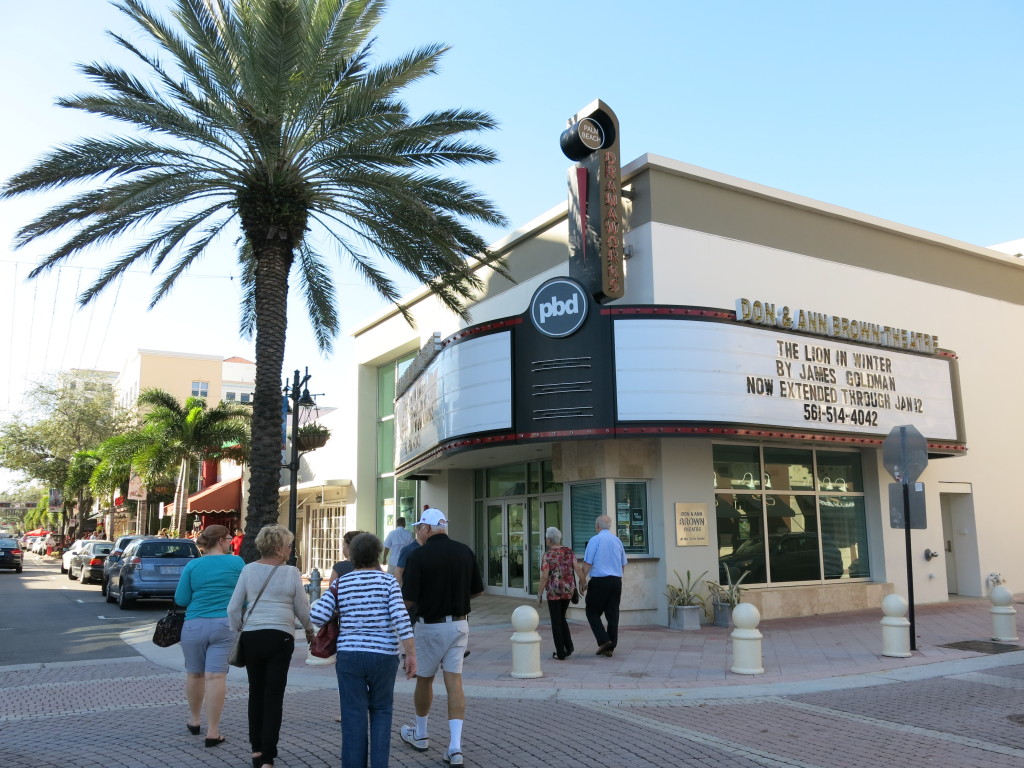 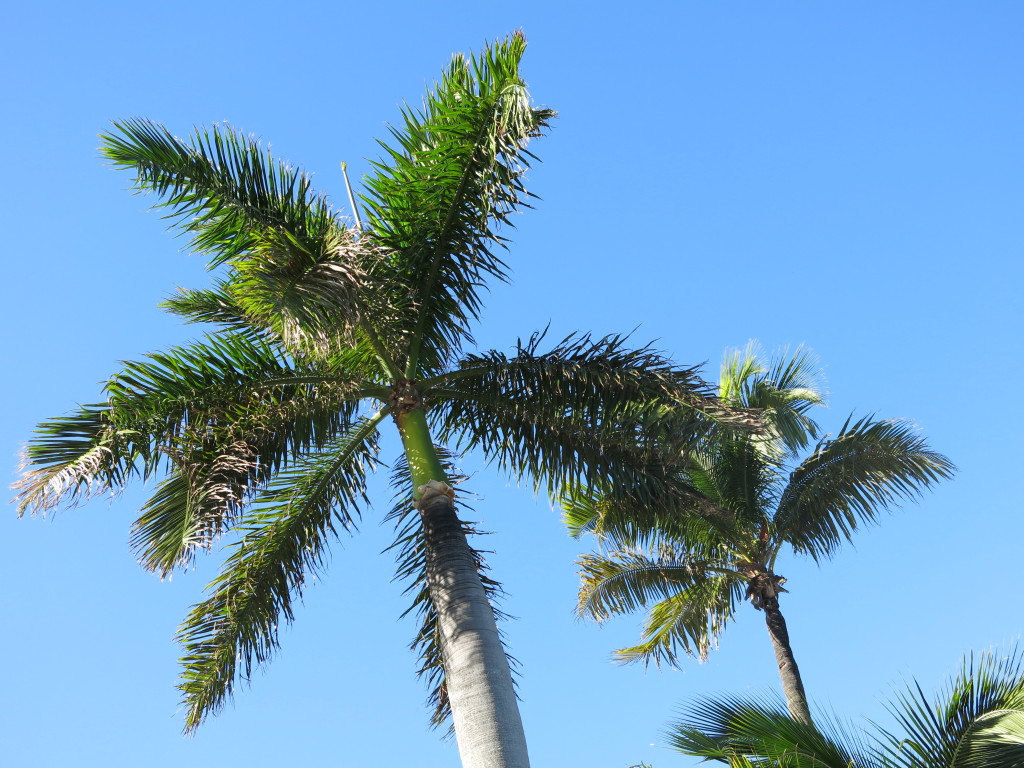 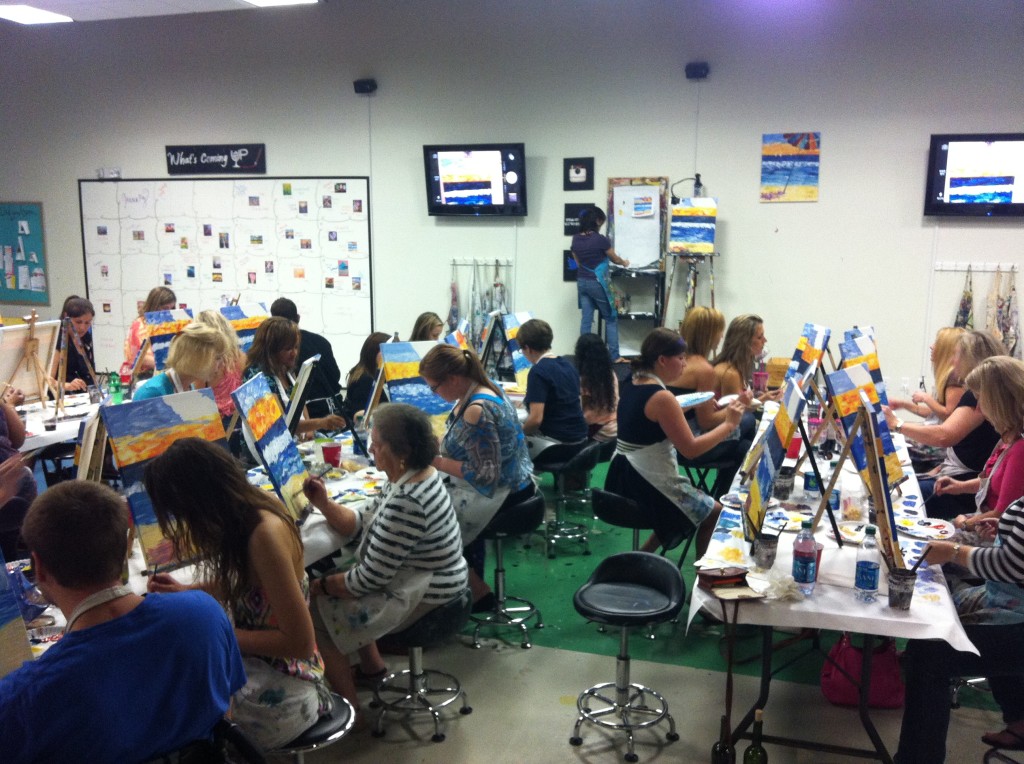 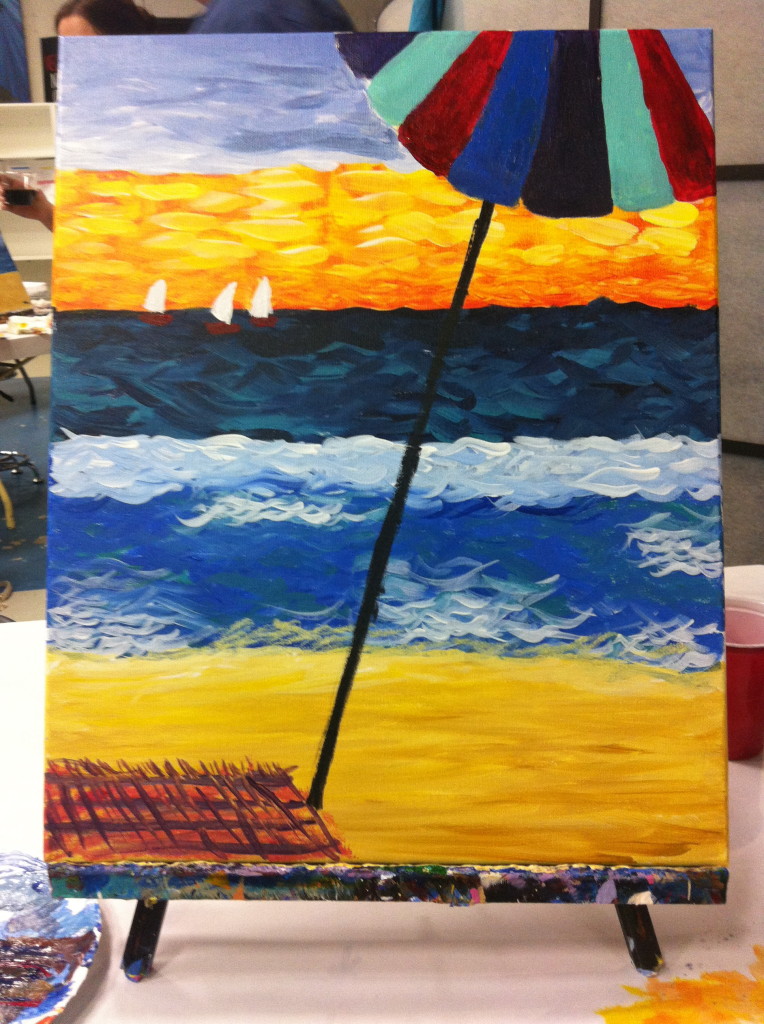 Traditional Swedish Advent: to light a candle each Sunday for four weeks before Christmas. One of all our traditions that involves candles in this darkest period of the year.

I decided to make this weekend a Getting Things Done Weekend. Or rather, a weekend for getting rid of nagging little tasks. It started quite well yesterday (it was my Friday off) and I managed to cross a bunch of stuff off my to-do lists. And make a few new lists. What’s annoying is when you try to get things done and it doesn’t work. Yesterday, I tried to drop off three shoes at my neighborhood cobbler, but apparently, they only fix heels on the shoes these days. Since I refuse o throw my shoes away just because they need a few stitches, this item is still on my list. But it’s kind of hopeless to try to cut consumption when not even the cobbler can fix shoes anymore!

Before I start with today’s errands, I’m meeting two girls from work for brunch in Capitol Hill. I haven’t been there for a while so thought I’d combine it with a stop at the Eastern Market and produce shopping at their farmers’ market. For me, the best way to get things done is to prepare properly and to combine the errands with fun.

Just passed this traditionally dressed group on my way to my connecting flight to LA. A reminder that I’m in South Korea. Although the flight is more hours than I care to count, I’m arriving before my departure time because of the time difference. The world is really fascinating!

So, after about 24 hours if traveling, I finally arrived in Ulaanbaatar Saturday night. Although this week has been filled with meetings to which I’ve mainly gone by car, I had a chance to go out for a walk on Sunday. The part of Ulaanbaatar that I’ve seen is really nice. Apparently, the Russians made a replica of St Petersburg’s main square, so there is a rather grandiose square in the center of the city with an operas and theaters around it. Ulaanbaatar has about 1.2 million inhabitants and it does have a big city feel to it. And it’s diverse history is on display throughout the city: Russian classic architecture is mixed with Soviet Style concrete apartment blocks, ghers (yurts), East Asian decorative structures, and modern office buildings with glass facades. People are extremely mild in their manners and very kind towards one another, in a very different way than I’m used to from elsewhere. Ulaanbaatar’s inhabitants are also more globalized urban than I expected: well dressed (probably an effect of their cashmere and garment industries) and with smart phones, and there are Priuses everywhere (fuel is quite expensive here). The weather is nice, it snowed Monday night and the city turned white. As a Swede who haven’t seem much snow for the past years, I love it of course! Today, we’re going to Northern Mongolia for three days, to meet herders and farmers. It’s almost unreal to be here!

I haven’t had a chance to download photos from my camera but here is the view from the window in my hotel room the morning after the snow:

I realized that I spend quite a lot of time at airports. When I first started traveling a lot for work, I didn’t mind that much. I’ve always loved traveling and airports and train stations have always given me that ticketing feeling that new adventures are out there, within reach. And when I got access to lounges, traveling even felt a little luxurious. These days, hanging out in airport lounges has admittedly lost some of its charm and I find the down time between flights quite borning. I’m not going to mention any names, but some airports don’t even offer free wi-fi! Fortunately, this is not the case here at Incheon International Airport in Seoul, where I’m waiting for my flight to Ulaanbaatar, Mongolia (and indeed a new adventure). Airports and lounges tend to look similar across the world, but there are small differences that gives a hint of the country outside the airport. Here, small cups with blue patterns and a larger tea selection than coffee offer were reminders of South East Asian traditions. I’m not sure of the origin of the green tea muffin that came with the tea (or, rather, I’m quite sure it’s American), but tasty neverthless!